I am looking for labs and simulations that the 70-680 test is asking. Can I find that information on here?

@MAXBOX @ GILBEAST! Those questions are from the exam. IS ANYONE GOING TO POST THOSE ANSWERS? teST MONDAY please POST!!

1. New: you have users that use portable computers. you need to enable remote assistance: enable only when the users are in the office, disable when they are on the move. (not the exact wording. sorry)
- for answer you are presented with Control PanelAll Control Panel ItemsWindows FirewallAllowed Programs Window
- i allowed remote assistance for home/work, i thin i should have allowed remote desktop also

2. new: it looks like: Exam A Q194 - but the question is: You need to secure a virtual private network (VPN) connection on the client computers so that user won't be asked for credentials
- you have the same window and you can choose the authentication: I chose Microsoft Smard card or other certificate (encryption enabled)

exam C Q49 think the awnser is wrong. its the icon to be pined or locate te execitible file. no need to open the program.

This dump still valid in the United States?

Great job. Thanks to those who put this questions together.
I just passed my exam today (4/7/13) in London, UK. I got 85!!!
I read some parts of the book and went through ALL the questions. Nearly all the question were from this collection. I noticed 3 or 4 new questions.

Tony,
do what you want. Apart from the date, the dumps are completely identical.

I see there are two different files from GillBeast what is the difference between this one and the one done in Dec. For some reason there are a lot more recent posts in the earlier one. Should I study both or is this one an update to the last one?

Scored 780 today. Test dump is still valid. Only several questions that were not on it and fairly simple to answer.

Some new questions but still valid

Valid in Canada. Passed today with 860

Took test today. Fairly valid (~80%) though there were a lot of variations in the multiple choice answers and a number of new questions. Still passed with a 925.

just to update my post the Win7 machine had a static ip and you had to configure the machine for DHCP with Netsh.

Thank you Gillbeast for this study aid. It really helped me prepare and pass the exam. I got some new questions such as a drag drop to configure a win7 machine with static ip by using netsh commands. I also bought the MS Training kit.

You need to install Windows 7 on a client computer in a dual-boot configuration with the existing Windows Vista installation, without reducing the size of the partition that contains Windows Vista.

Still valid in United States. Passed 780 today in Arizona. 50 questions on my exam, around 10 new questions.

Just out of curiosity, are you guys seeing a solid mix of questions from all of the practice exams in this dump or are you seeing more from one exam than another?

Thanks Gill, dump is stil valid in Croatia. Passed today with 880 - 95% questions was from this dump.

@J-Max
The question says you need to configure the client computers. That article you've quoted gives the command for configuring the server, not the clients. Answer is correct, as far as I can see.

Query re question 15 in the MaxBox series of questions. It relates to setting branchcache up for workgroup computers. It says the correct answer is H but after referring back to literature and technet the answer should be G. Can anyone corroborate? Here's the technet article I'm referring to http://technet.microsoft.com/en-us/library/ee649206(v=ws.10).aspx

Dump not valid in Belgium..Need to study hard because its no joke.Still i had 1000.

Thank u Gillbeast u's a genius got my mcitp, whoooo!!! Exam valid in South Africa. I got 800/1000, 50 questions maybe 1 or 2 new questions. I was lazy to study could hv scored maybe 900 nd over. I went through the dump in barely 2 days. 90% valid thanks to all that contributed.

Thanks God (El Hamdo Lelah) I have Passed the Exam.This exam still valid

What study material did you use to pass?

this dump is still 100% valid, just passed today with scoring 850 , thanks guys for the effort

@ CJ: this is a study guide. Previous posts are testament enough. You should go through a study course first. Then take Gill's exam. You might see some of this again.

I'm new to these websites. Are these questions real microsoft questions???

Can you pass an exam from memorizing the answers of these dumps alone?
I've failed 70-680 twice and really struggling so need all the help i can get.

Small question, did the people that pass just went for the "buzz" or everything?

Fahim!
I disagree.
It's not new and not simple to study. Instead it again includes duplicates and wrong answers.
It's simply an unnecessary modification of Gill's excellent dump.
Please stop touting for your countryman's clubber around here!

STILL VALID!! Passed with a 825 on April 22 using only this dump and common sense.

Dump about 70 percent valid in South Africa
Passed with 740 but only about 28 questions from dump.

Still valid in us. Passed with a 9xx this week. All questions from this dump.

Your company network includes client computers that have Windows 7 installed. The computers are members of an Active Directory domain and receive Windows Firewall configuration through Group Policy,

A user indicates that he is unable to connect to a remote FTP server.

You need to view the status of TCP/UDP ports at the user's computer. Which command should you run?

ANSWER is netstat -an

This dump is still valid, passed today with 7xx. 98% from this dump. lots from MaxBox. Thanks Gill Beast.

This dump is still valid! Passed today! There were about 7 new questions and some of the older questions were not in the same order as the dump. Be careful!

it says in the dump the answer F ,, does anyone have an explanation for this answer , thanks

Sid.. sounds like you are well prepared and ready.

I am doing my exam this tuesday in the united Kingdom , any last minute advice guys will be very appreciate it !! so far I gone through all 404 Gillbeast questions I understood the answers and why the wrong one not right for today and tomorrow I will going through most of ITfreeTraing and professor messer videos,

Many thanks in advance

I am doing my exam this tuesday , any last minute advice guys appreciate it !! so far I gone through all 404 Gillbeast questions I understood the answers and why the wrong one not right for today and tomorrow I will going through most of ITfreeTraing and professor messer videos,

Many thanks in advance

Passed on April 15th in Miami, FL. Exam was identical to the "Buzz" questions on this Gillbeast dump.

Dump still valid, did this exam last wednesday and passed, access to resources part had a few new questions though

Thank's a lot, I passed with scores 825/1000. This dump is still valid in Pakistan, only few question from another dump but 90% valid dump, Thanks Gill Beats!

Past test from just studying this on Apr 7th 2013

are there only normal quistions in the exam or als drag and drop with pictures??

It is still 100% valid. i passed exam with 850/1000 yesterday. all the question were from this dump file. thanks Gillbeast

hi all .. i am going to take test tomorrow, hope the dump valid in Indonesia

Just passed with 830 in Uganda. Dump still very valid though theres about three new questions, but they all simple; i recall one on inprivate browing but the correct answer should be configuring the inprivate threshold using Local GP

Valid!!! Passed today with 925 in Namibia

Passed today in US. About half were either from this collection or similar enough that the training mode was useful. Much appreciated.

All the games including Titan Chess comes with which version of Windows 7? choose two.

Correct Answer should be B C D

Chess Titans is a chess video game developed by Oberon Games and included in Windows Vista and Windows 7 Home Premium, Business/Professional, Enterprise, and Ultimate. Chess Titans was removed in Windows 8.

And why is this a relevant Question to the work Environment?

I wouldn't depend on these exams 100%, there are some questions which are not features of Windows 7, however the exam suggests that it does.. Definitely know your stuff & read the books before you enter the exam.

Yes Mr. the exam is valid every where

Hello all,
Did you get any drag and drop ? Please can someone tell me soon. I'm sitting my first exam on Tuesday.

Your input is hugely appreciated.

passed the exam today with an 700 thanks Gillbeast for everything

dump is still valid pass today with 800 all questions came from this dump. many thanks to gill beast

@Desmond
Did you only do the 212q or you did all questions from dump??
Thanks
Makunzi

This Dump is still valid in Canada, passed today with 900
Gill you are DA BEST

Passed yesterday with a 750. test is still valid. cert test of 50 questions. over half were in the BUZZ section of this dump.

THANK YOU A LOT

Passed 780, just wanted to say thanks to Gillbeast and all you for your comments and input.

Herr Gil, ich danke Ihnen sehr. Thank you !!
Dump 100% valid. I got lost of questions with the killer BrachCache... but 895 final score.

Answer to Question C8 is maybe wrong. Is in Windows 7 Home Premium Support for Raid 1 ?

100% valid in Canada, passed today with 875 using this dump, thx Gill for the great work

Dump valid in the Netherlands passed with 825/1000! All of the questions were from this dump

hi everyone
i passed today 3/3 700 and 3 Q new, Except that all questions fromthis dump thank a lot 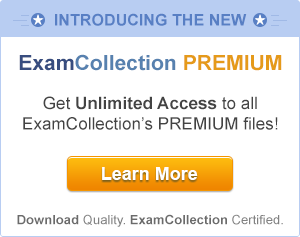 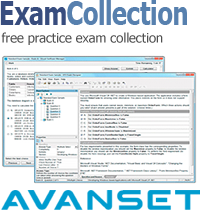