Module 3: Stay on Top of Your Topologies

One of the smallest networks we have is a PAN, a personal area network. And the reason I say it's one of the smallest is that it only interconnects two devices, and technologies we might see here include things like infrared and Bluetooth. For example, if you have an infrared remote control that controls your smart TV, you're using a PAN via infrared. If you have a wireless gaming controller, you might be using Bluetooth to communicate with that gaming controller. You might also be using Bluetooth to communicate between your smartphone and a standalone speaker. And some characteristics I want you to know about a personal area network are that, by definition, it only interconnects two devices, and it's going to be over a fairly limited distance. Something like infrared even has to have a line of sight. If you have some obstruction in the middle, that infrared signal might not get through. Bluetooth might be able to go through some barriers, but it's still going to be over a fairly limited distance. and that's going to vary with your version of Bluetooth. But some versions of Bluetooth are limited to about 30 feet as far as distance, and the throughput is going to be somewhat limited. Alternatively, Bluetooth will allow you to stream fairly high-quality music streams these days. You're probably not going to be sending something like an 8-K video stream over Bluetooth, and certainly not over Infrared. And that's a look at a personal area network, or a PAN.

A network client such as a laptop does not necessarily have to connect into the network by physically plugging in an Ethernet cable to that client and then connecting the other end of the cable into an Ethernet switch. Instead, we may be able to use wireless networking technologies. That's what we've got here, a wireless LAN, or WLAN for short. The wireless client is going to communicate data over the airwaves using radio signals. And the access point has one or more internal antennas that will receive the radio signals from the wireless clients and convert those into corresponding Ethernet frames that it sends out to an Ethernet switch, which can get the client out to the rest of the world. And there are a few things I'd like you to know about the wireless lenses you see on screen. The first one is a wireless LAN, which adds flexibility and mobility for your clients. You might need to connect a device that isn't close to an Ethernet port. What do you do? Do you have to run an Ethernet cable to that location? Maybe not if that client supports wireless communication. You could just have that wireless client communicate with an access point within that access point's coverage area. So it's going to give you more flexibility. And you can even take this laptop with you as you walk around the building. You've got mobility while maintaining connectivity with the network. And the way this typically works is that we're going to have one or more access points that a client is going to communicate with. And in a large environment, maybe a large building, we will have multiple access points, and a client can move throughout the building, and things can be configured such that that client will automatically rehome with another access point that it's in closer proximity to at the moment without losing connectivity with the network. And that access point in the literature is often abbreviated as an AP. One concern we do have with wireless fans, though, is interference. After all, we're using radio waves. There are other things out there that use radio waves, and we want to minimise interference. In fact, we have a couple of major bands of radio frequencies. There are frequencies around the 2 and 4 GHz ranges within each of those ranges. We have different channels, and we should select channels to minimise interference from other devices nearby or in my home. For example, I'm near a military base, and they have radar. And my wireless access point periodically reports to me that it's detecting radar on this particular channel. Well, I know that I should avoid that channel when it comes to communicating wirelessly, so I can set my phone access point to a different channel. But that's just a look at wireless lenses.

In this module, we've been talking about different network topologies. And there's one more I want to share with you before you wrap up this module. It's called a schedule. And that stands for supervisory control and data acquisition. and this technology. It's sometimes called ICS for industrial control systems. Now, SCADA itself is not a protocol; it's not like TCP or like IP. Skater provides us with the ability to control one system from another. Those are really the two parts we need. We've got some systems that we want to monitor. And that system might be an assembly line in a factory. It might be some sort of security system. There are lots of different things that we can monitor. And we have a second system that can control the first system. And for Network Plus purposes, I only need you to understand the basics of SCADA. and I thought I would give you a really simple example. So let's say that we have this pond as ourSkida system and we're wanting to monitor the water depth. Maybe when there's a heavy rain, the pond overflows. It does damage. It runs into the roadway. And what we want to do is have a pump to pump out the excess water if the pond gets too deep. That's what we can do using SCADA. Now the pond itself is the first system. That's what we want to monitor. And one SCADA component we need is a sensor. Now, the sensor is going to be a water level sensor. It's going to detect how deep the pond is and if the water level is rising. And depending on what we're monitoring, we could have a variety of sensors. Maybe we have a temperature sensor or we're sensing current flowing through an electrical cable. Maybe you have a motion sensor. But here we have a water level sensor. And based on what the sensor is telling us, we want to somehow control the first system, the pond. In our example, we want to be able to pump some of the water out if it gets too deep. And the control that's going to allow us to reduce the water level is a pump. That's another scathing component. We've got a sensor and a control, which in this case is a water pump. But if we're monitoring, let's say, temperature, the control system might be an air conditioning unit. And if the room gets too warm, the AC unit could cool it down. But SCADA needs another component to receive information from the sensor and then, when instructed to do so, send a signal out to the skater control. In this case, we need something to tell the water pump to kick on. If the water level sensor says, "Hey, we're getting a little too deep," and that component is called an RTU, or a remote telemetry unit and an RTU, it can receive information from a sensor. And when it needs to, it can send out signals to the skate of control, which again, in our case, is the water pump. We could tell it to start pumping that water out of the pond, and we might have several different ponds that we're trying to monitor. So it would be great if we could have a central component that we could use to talk to all of the SCADA controls out there. That component of a SCADA system is called a skate master. And the SCADA master is going to connect to the RTU using a communications network. And that's why this topic of SCADA is applicable to your network studies because you might be working in a Sketa environment where something needs to be monitored or controlled. And you should understand that we might have networking technologies as part of that SCADA implementation. For example, that link between the RTU and the SCADA master might be an Ethernet connection. It might be some sort of WAN link. And if this communications network is IP-based, you're going to be better able to use the skills you've learned in this course to troubleshoot that communications network. And with all of these pieces and parts in place, let's say that a rain cloud moves in and it starts to rain. The pond starts to fill up. What's going to happen? Well, the water level sensor is going to detect that the water level is rising, and it's going to report that to the RTU over that communications network. And the RTU is going to alert the SCADA master. And the SCADA master can then tell the RTU to send a signal to the waterpump to start pumping out the excess water. And that's a look at the pieces and parts that make up a SCADA implementation, also known as an Industrial Control System, or ICF.

I can confirm that the CompTIA Network+ practice test provided by ExamCollection really looks alike with the real exam. The questions with answers are very helpful resources for practice. I recommend!

The free CompTIA Network+ VCE files are really helpful. I used the questions contained in it to test my readiness for the exam in order to study further for those areas, which need further emphasis. I encountered most of the questions during my exam. This practice test helped me to attain the passing score.

The exam is simple, I did it a few weeks ago and passed. However, there is no exam, which is easy without prior preparation. Every test requires the candidate to study hard. Supplement what you have learned from books and other training resources by studying several practice tests relevant to this exam, and you will be able to pass. 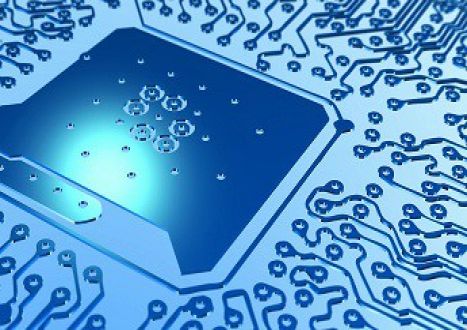 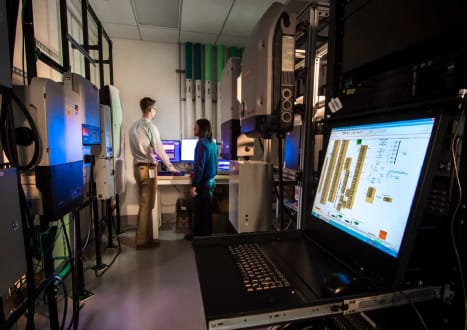