220-1001 Bundle gives you unlimited access to "220-1001" files. However, this does not replace the need for a .vce exam simulator. To download VCE exam simulator click here 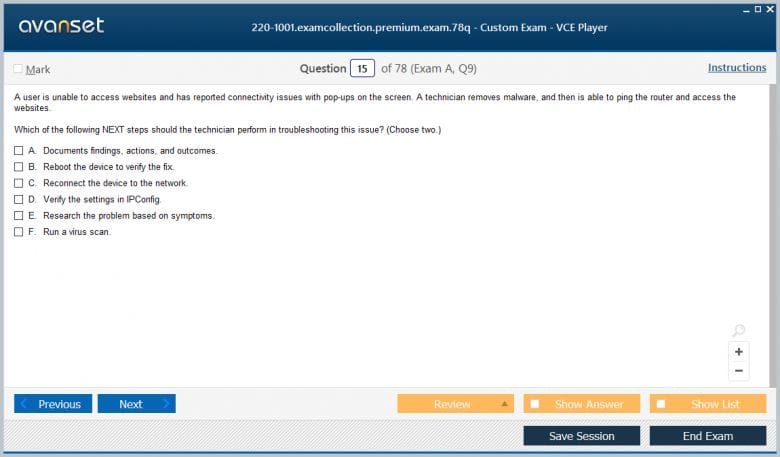 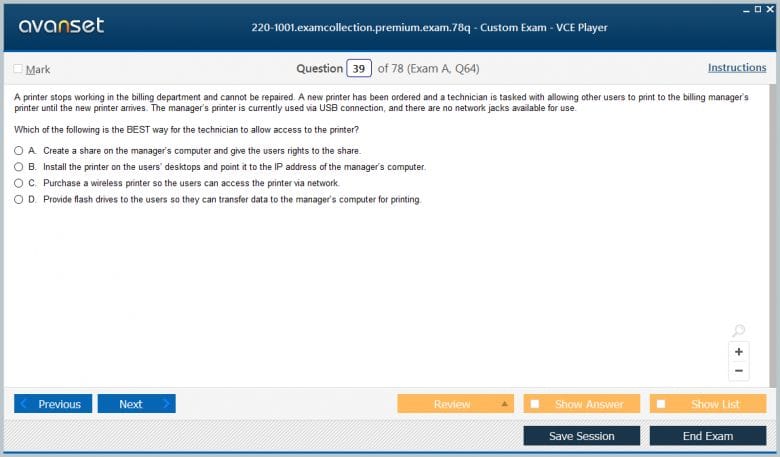 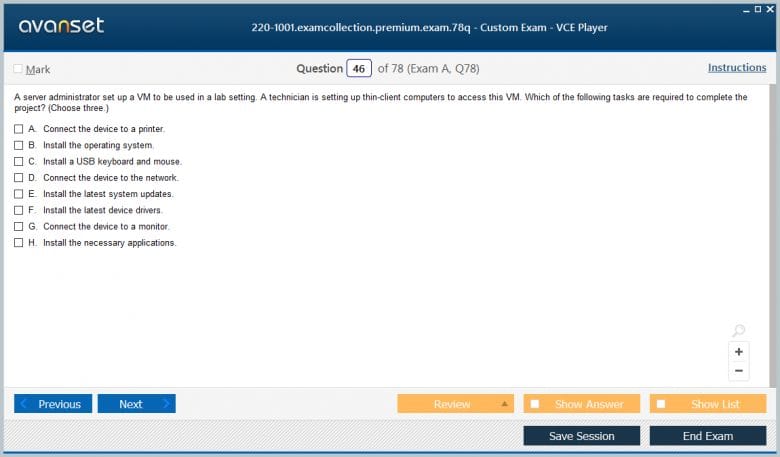 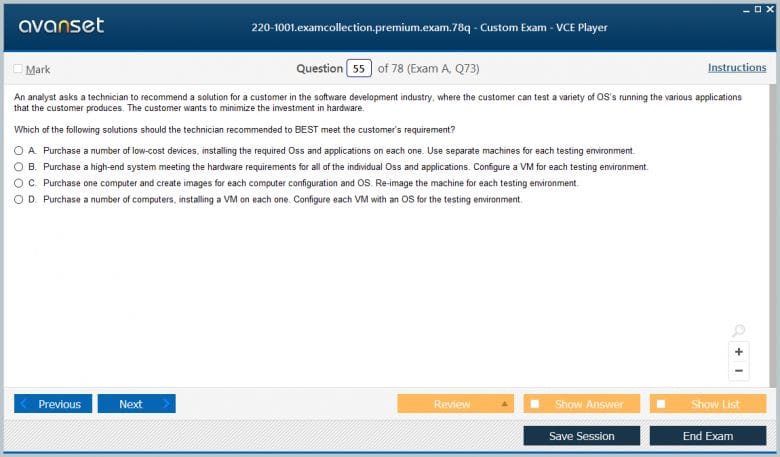 This, my friends, is a typical motherboard. Now, as we look at a motherboard from another episode, things like, for example, this is where we snap in our RAM, and this is where we snap on our CPU, We also know from other episodes that this is the interface by which everybody talks to everybody else on your computer. Except I'm going to take it even further than that. I'm going to tell you that another board is an assumption. It's an assumption in that it assumes that you're going to be putting USB devices on here. In fact, you can even solder USB connectors on there. It assumes that you want to use wireless, so it has wireless ready to go. It assumes that you're going to want to plug in speakers or maybe headphones. It assumes network connections, but it assumes more than that. It is assumed that there are drive connections present. There are numerous connections available for adding a little something. All this has an outrageously large number of USB connections. The bottom line is that a motherboard is an assumption that you are going to use certain types of hardware. If you consider this fairly safe assumption, for example, chances are you'll use a keyboard; chances are you'll use a mouse. You're almost certainly going to use some sort of mass storage. Now that's great. And the motherboard serves as the device's interconnectivity. But there are situations where your computer needs to talk to these devices not within Windows but even before the operating system itself boots up. Now we know that operating systems one ofthe things they provide are device drivers. So if I'm using Linux, I have Linux drivers for the hard drive in here, and I have Linux drivers for the USB. However, there's lots of situations where before the systemeven boots into an op system that we needto be able to speak to these devices. In fact, in many cases, operating systems themselves will forego device drivers and simply use some built-in interface that allows them to talk to all this stuff. These are known as our basic input-output services, better known as "bias." And that's right, folks, built into this motherboard somewhere is programming. Now we use the term "firmware," because firmware means that it's burned onto a chip as opposed to "sorry," which means that it's copied onto some kind of magnetic media or electronic media. There is no exception to this in the world of motherboards. There is a little bit of programming built into the mode that's designed to let you talk to the assumed hardware of the computer, and it's called bias. If you see it, I'll show you one right here. This motherboard dates from the mid-1990s, and I like it because it's got really big parts and this entire chip right here is the bias chip. Bias chips grow on bias trees no, they don't. Bias trees are code, and they have to be written by programmers, and there are companies out there that make the right bias. They have names like AMI, American Megatrends, and Phoenix, and there are organisations out there that sell them to any motherboard manufacturer who's got the cash. So that's where these names come from. So this is a very old bias. Let me show you what bias looks like on a modern system. So if we take a look here, we've got these two little teeny tiny chips, and right now I don't think the camera can get this. It says M Bias and B Bias. What you're looking at is a feature that's common to many motherboards today, where they make two copies of this critical firmware. If by any chance we were to accidentally wipe it out or corrupt it, we've got a backup cop on a completely separate chip. In fact, this motherboard comes from a company called Gigabyte that is famous for doing exactly that. Now, the problem with bias is that there's really no way to show it to you. I can't open a heap on a computer and say, "Here's the actual code itself; it can't do that," but what I can do is talk about bias a little bit more to make sure we understand what all it can do. Now, for example, on this bot you have the ability to talk to the mass storage devices of your motherboard. So if you snap in an SSD or if yousnap in an old school hard drive you can talkto that drive without even booting into Windows. This is done more for this reason than for any other reason to test it.as the computer boots up. We go through a process of checking out the assumed hardware; it's not worth anybody's time for you to try to start Linux if the hard drive isn't talking right There's no point in trying to boot up a window screen if you don't have a monitor that can at least output something, so our bias is also known as the power on self or post. We've got a whole episode of Post coming up. The third thing that's built into that chip is something called the system set up.That same hard drive is going to change depending on what your capacity is and things like that, so some of that code has to be able to read a little data That's what we call the system set up, also known as the complementary metal oxide semiconductor, or CMOS, and I've got another episode on that as well. So when we talk about bias, we're referring to a tiny chip on the motherboard that communicates with the assumed harder aware of this. I'm going to save it for a few more episodes to show you some of the other denizens of that little chip.

I was surprised to see that the premium questions showed 98% similarity with the real exam. I rechecked some of the answers before going for the very test, and manages to pass the CompTIA 220-1001 exam with 805 points. Thanks, ExamCollection!

The free dumps are good enough. I downloaded several of them and was glad with my results. The exam was not so difficult after all, because I already have some experience in this sector and needed just a certificate to prove my skills.

I passed with a score of 780 points. However, there were a couple of new questions that I haven't encounter during the mock test. There's a tablet simulator question that wasn't in the premium dump. My guess is that there were about 10 new questions. But, it didn't influence my overall score that much, because I have mastered all the topics required.

Feel Free to Post Your Comments About EamCollection VCE Files which Include CompTIA A+ 220-1001 Exam Dumps, Practice Test Questions & Answers. 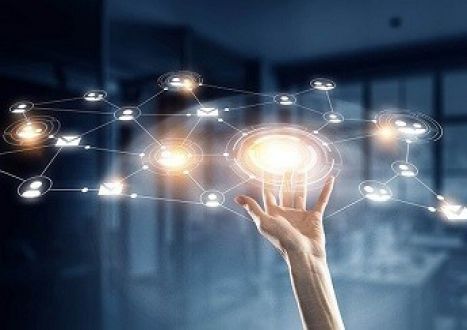