6. Create an API with Flow Designer

3. Publish to Exchange and Deploy to CloudHub

It looks like our API implementation is complete. I have actually removed any database connections or connectors from the API. Wanting to keep it simple, I added a payload here instead. What I want to do is if I click on the project, right click, and go to any point platform, I should be able to see "Publish to Exchange." Deploy to the cloud. Up configure credentials. If some of these things are greyed out to you, that means you need to configure the credentials. Let me just click and show you how it looks like my username is already here. But you will have to click on Add and thisspace will show you the sign in to any point. Since I already have it here, I'm just going to cancel it. Click platform. Let's say I click on "publish" to exchange. It's asking me some information about it, so it's creating a new API. Look like asking me a project type. I'm going to use it as an example because this is a full implementation. It's not a template. And it's going to deploy it in the business code because I have just one and it cannot be canceled. Yes. So now it will be running, even packaging everything together. And after packaging, it would only be testing. Okay, so the project has been published and you see a link over here. So I'm going to click on it here. You can see something similar that has been published on API Exchange. If I go to the asset list, you should be able to see two now. Because this one was created using the Flow designer. And this was made; it's an example, which means it's a working implementation that can be used at any time. Studio. Let's go back to the studio press. Okay, here. What I want to do now is click on Deploy to Cloud Hub. Cloud Hub. You will learn about Cloud Hub in general in other parts of the course. But basically, this is a multi-tenancy framework in which you can deploy new applications. You don't have to worry about AWS or anything like that. So it does everything for you. It looks like a background process has been started. Okay, so a new prompt has come in which is somethingsimilar to how it would look like for a browser. It's asking me in which environment I would want to do it. Let me choose a design. It looks like, by default, it gives you two design options and a sandbox. I clicked on "Design" like it was doing something earlier. When we created a flow designer, you saw that there were API instances, and in that you saw that there were only more instances running. But in this case, we are able to deploy to the cloud. So let me just maximise it. It says you don't have permission to apply. Please select an existing application to redeploy. Can I change it to a sandbox? Because I have a free account, I'm not sure if Cloudhouse would work for me. Let's try this. If not, you can think of it as a theory lesson that this is how you would deploy to your Cloud Hub environment. Or it could also be your on premise.So it looks like it is allowing me to deploy this application. So I clicked on "deploy application," and this UI has changed to the status "deployed to cloud application." So let's just wait for it to be complete. So it looks like VAP has been deployed. I'm going to click on "Open in Browser." So this is the first time you're looking at the Runtime Manager, which has the cloud instance, and you can see that has been deployed. It's a dashboard. There is some application data; there are queues scheduled; there is CPU and memory utilization. After deploying the API, I went to the Runtime Manager to see how it looks like.And we have a new happy order over here, which I'm going to click. There is no listener for the endpoint. Planets are meaningless if I go in and say API says API doesn't exist. I put in a value of nothing. Three nothing doesn't seem to work. Let's see what the issues are. It turns out that the HTTP listener needs to have the port value of 8081. This is the default port that's opened up. So if you open up a port of, let's say, 8080, which I like, you will have to configure the VPC. So we don't want to get that thing. So we just need to have the quote as "80—81." Press save over here, and I'm going to right-click on the Project One platform to deploy to Clouder, and I'm going to choose this same API, and I'm going to replace the existing API. As I said earlier on Cloud Hub, port 80/81 is the default one for HTTP, and ADT 2 is the default for HTTPS. So if you want to make sure your applications are working the way they should, configure your HTTP listeners accordingly. Now we can see the application has started. Now if you go here and hit that same end point, we should be able to see a JSON here that has the information for the birth, and that's exactly what you want.

Completely in awe with my test result! At first, im not that confident with my answers though most questions were similar to MCD - Level 1 dumps provided by ExamCollection. When I received my result,.... I got 90% score!!! Im very happy!!!!

relevant vce file for mcd - level 1 exam for those who want to pass it successfully!! this material did wonders to my exam preparation! would not think twice of using examcollection again!! superb website for examtakers around the world!

Ive tried lots of mock tests online but I can compare the difference of examcollection. Their practice tests for MCD – level 1 exam are up to date and cover the main exam objectives. In addition you can use them free of charge unlike the ones offered on other sites, ....personaly I find this very advantageous esp if you on a tight budget!

@duncan_m. got to try their exam dumps for MCD - Level 1 exam and it features some great questions that will give you deeper knowledge of the exam. and the fact that this is given for free makes it more amazing!

@Clint im really excited to give their free vce file a try! im done with other mcd – level 1 practice test from other website but im quite disappointed bec that exam questions were outdated! hopefully this one is an exception! heard lot of positive feedbacks from my colleagues too!!

@Clint i second the motion!! the material is truly instrumental with my cert exam success! couldnt think of other reliable sites aside from examcollection! their free mcd - level 1 vce file is no doubt one of the best practice tests ive got! would be trying their premium bundle for my other cert exams.

want to know if their free mcd – level 1 practice questions and answers in vce are authentic? been looking for a reliable practice material without spending a whole lot of money! thank you in advance folks!! 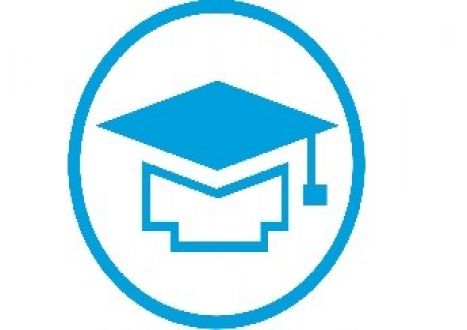