NCP Bundle gives you unlimited access to "NCP" files. However, this does not replace the need for a .vce exam simulator. To download VCE exam simulator click here 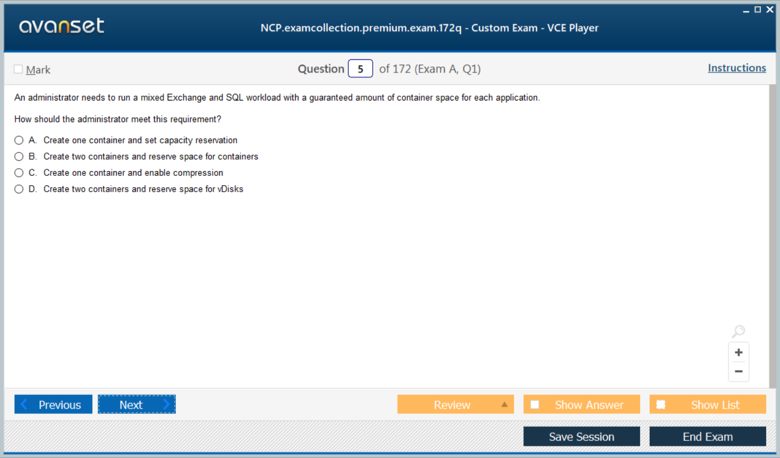 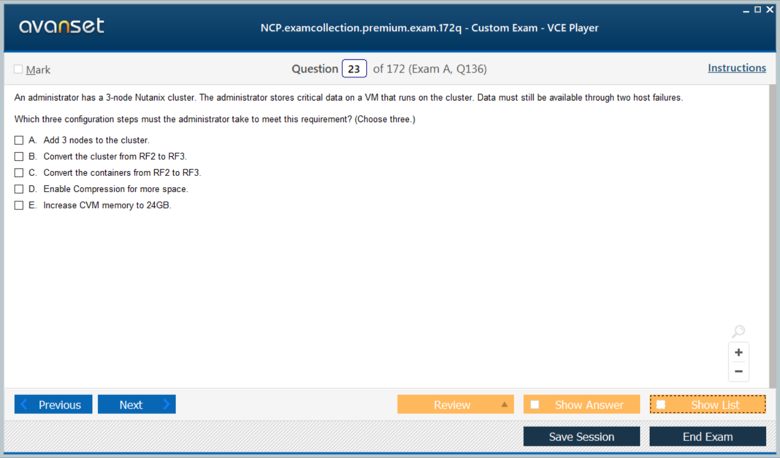 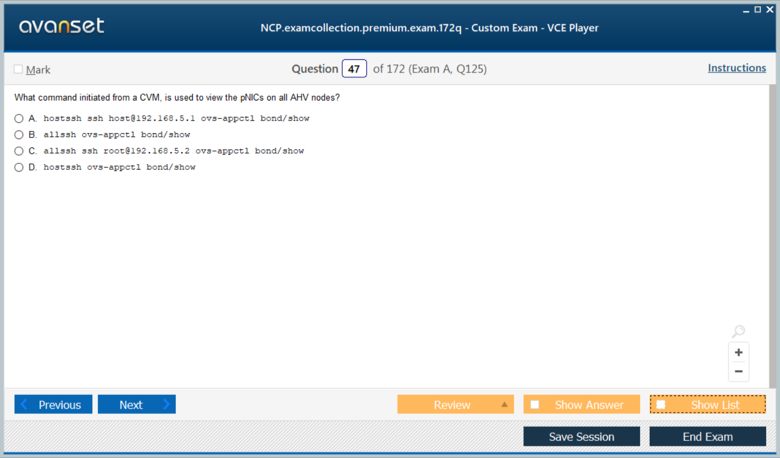 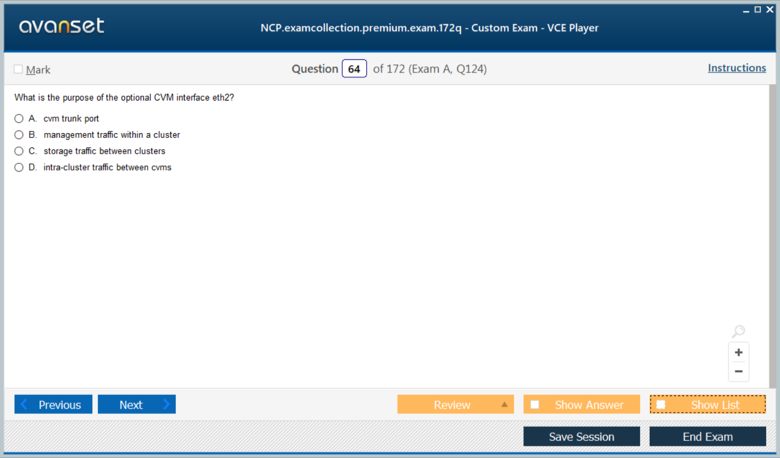 i pass the exam ncp-mci v5.15
premium is valid, but some new question, just 5.

I prepare my exam 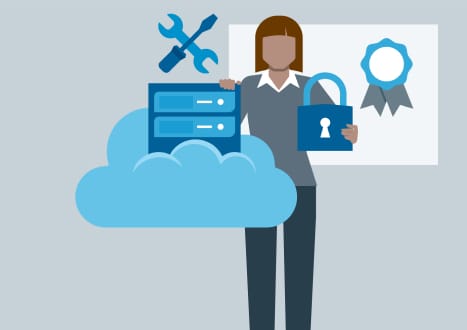