What Is A DMZ and How to Configure DMZ Host 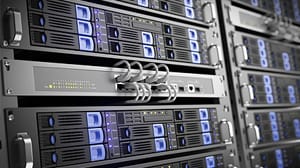 A DMZ is being referred to as the conceptual network designed with publicly accessible servers place on separate form or with isolated segment. The main work of the DMZ is to provide proper connection with the server and make them public accessible that cannot contact with the internal network segment in any event. A firewall that is particularly applicable in DMZ application.

It is responsible for safeguarding all the policies and will protect the local network and maintaining the accessibility to DMZ. It is because of the non-trivial nature of the DMZ implementation, it has been suggested not to attempt DMZ in the purpose of networking unless they have the strong familiarity with the connection off network. Generally DMZ is not usually required in all the purpose, it is generally used to encourage by the security careful network administrator.

A Sub network of the Subnet is being referred to as the practice help in dividing the network and is logically visible with sub division into two or more network called subnetting. The computer that belongs to the subnetting is being address with various identical and common groups with IP address. Actually this subnetting is the division of an IP address into two fields. One field is being provided for networking and rest filed is identifier that is host.

Generally the routing prefix in Subnet is visible in CIDR Rotation and it is written in the first address of the network and this will be followed with slash (/) character and end with the bit length of prefix. For example if the prefix of the internet protocol is subjected with given address, showing 24 bits allocate for network prefix then the remains 8 bits will be reserved for host addressing.

Generally the benefits of subnetting will depend on the existing network that will vary with each development scenario. The subnets are generally arranged in a hierarchical architecture that will help in partition the organizing network into two domains and address will be tree like routing structure. 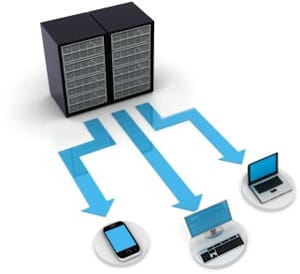 Remote Access is giving the opportunity to the people to access the business computer even when they are not connected to the business computer. This function will give people with full access of the company's details, access to mails, and other system. This remote access will help the staff to log on the company's customer database from home, and will help in setting up the remote access server that will help the clients to download the details from the server. This Remote access will allow the employee of the business to send and receive mails from any computers.

Remote access will give the prime benefits to the workers to operate business activities and works effectively when away from the business and office premises. In case of any business dealing from home you need the network server to control the permission level and this will allow the remote access even by sitting at any corners of the country or the world.

In fact with the help of remote access the online business strategy are now increasing with great heights and becoming popular particularly for smaller business strategy. The more useful technique that will provide remote access to your company is by setting the Virtual Private Network that will provide perfect security between official networks with the employee network and maintain full privacy across the internet. All the information is shared between the office the employee should be scrambled and nobody else can interfere in this network and the employee will get all the access and information of the company and will totally give the feelings of official environment.

The term Telephony is basically denoting the technology that will facilitate people in maintaining the long distance voice communication. This term has been derived from the Greek word and hence it is giving the idea to keep connection in the far of distance and will give the idea of speaking from far. The term scope has been broadened with the advent of the new idea that will help people with new mode of communication technologies. In other sense the term is basically used for phone communication, internet calling, mobile communication, faxing, and voice mail and also in video conference facilities. The main idea of the Telephony is basically derived from plain old telephonic services. These two terms are interchangeable and is the best technology and is fiercely challengeable to great extent. The terms Telephony is basically used is channeling the voice calls, telephony and internet telephony and will create a network namely LANs and the internet.

Network access control is being referred to as the to the computer security that will be attempted to unify the endpoint security. Basically this NAC is a computer networking solution that has used to set the protocols and will define the implement policy; this will describe how to secure the access to network nodes by the use of this devices NAC attempt to access the network. This NAC will integrate the automatic remediation process and will allowing the network infrastructure such as routers, switches and firewalls will work together with the back office server and will stop the user computing equipment that will ensure the information system operating with secured process. NAC will aims to do and will help in access the network policies and will give the better support to the people and controls over the user and devices can go on a network.

Generally NAC is process that will help the computer to connect with the computer network that will permit the access and fulfills with business defined policy. NAC is being used to represent the emerging category of security deposits and the definition is controversial.

In the process of computing the virtualization is mainly defined as the virtual connection that will be a device or resource such as server, storage device, network and various other resource one or more execution environment that will give better benefits to the people where the network is diving the resource. Basically the term virtualization is being defined as the process that will be help in partitioning the once drive into two to creative separate hard drive useful in the process of networking. The term virtualization has now become the buzz word and now this term is related and associated with numerous computing technologies. 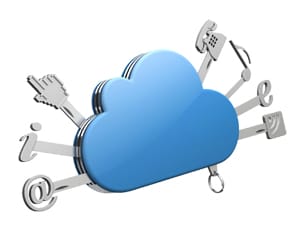 Cloud Computing is basically providing computing as a services and not as a product or material. This process helps in sharing resources, software and the information being provided from the one computer to the other over a network or with the help of internet. Cloud computing will depend on sharing the resource and converged infrastructure that will delivers to people in gaining all the information by the process of sharing from one device to another. Cloud computing is basically focuses on maximizing the effective report of the shared resources.

Platform as a service:

In the previous model the cloud has delivered to the people with computing platform that will includes operating system, database, and program language executing system. This application plat as service helps the developer to run the software solution on a cloud platform without any cost and complexity of managing and using this hardware and software layer.

Software as a device:

In the business model using the software as the device will provide the access of the application software and database. The cloud software will help to manage the platform and the infrastructure and help in running the application. The cloud applications are totally different from the other application on the basis of scalability. The proponents of the software device will help in cutting the cost of the IT and reduce the operational cost by outsourcing the hardware and then give the support to the cloud provider.

Unified Communication as a service:

Private Cloud is mainly defined as the cloud infrastructure that will be operated personally and solely for a single organization and this service will be hosted internally or externally. Undertaking a private cloud project is useful in business environment and requires the organization to reevaluate the decision about the existing resources.

The Public cloud is being defined as the service that is rendered over the network that is free and opens the public use. This service is generally offered to people on pay-per usage model.

Hybrid Cloud is the main composition of two more clouds and remains in the distinct entities and offering the benefits to multiple developments. Hybrid cloud is also defined as the ability to connect colocation dedicated service with cloud resources.

Community cloud is being referred as the process that will share the infrastructure between several organizations from the specific community.

It is the multiple cloud components that will be associated in delivering the cloud computing service with full measure along with internal security facilities. Defense in depth is associated with military strategy and involve the multiple layer of defense and resists the attack by too rigid tactics.