How to implement PKI 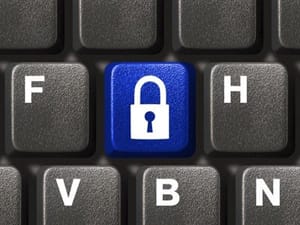 Implementation of the public key infrastructure is basic in the life cycle of any PKI. In most case, developing a PKI is normally a very easy task and many organizations are able to carry it out. However, the implementation stage is one that can be quite hectic. So as to avoid the many problems that are encountered during the implementation process, proper and adequate planning is required. This means that an organization or individual must have a clear set of well laid out strategies and procedures to be followed. In some other cases, a lot of resources are required and therefore a huge investment should be made. It is therefore important that the PKI implementation process is handled with a lot of seriousness since it is an activity that can turn to be a white elephant if all the essential aspects are not taken into consideration. Here are the information which should be held by one so that he can implement it successfully;

In a public key infrastructure, a Certificate Authority is responsible for the creation and distribution of certificates to the end users and other people that will need them in the environment. These are the public and private keys and one's certificate authority is one's clearing house for this. If one is in a private organization, one may have a private certificate authority which is meant for one's own users and private servers. In such a case, one have to ensure that third party individuals who use one's certificates trust them since in most cases, people tend not to have much trust with certificates that one have built on one's own.

Key revocation is a natural part of a certificate lifecycle in one's PKI and generally we use a Certificate Revocation List that is maintained by the certificate authority to be able to look for the key that have been revoked. There are many different reasons for revoking keys and we need to think the changes that will cause the key to be revoked such as natural expiration of the key or if the key is used for fraudulent activities. The revocation process is one that is more or less formal. Some other reasons as to why a key might be revoked are having a key that has been compromised, maybe the entire certificate authority has been compromised, and maybe the key has been changed or superseded. In addition, it can also be revoked if the entire business is not in operation or if a key has been suspended due to the presence of a certificate hold for that key. If some specific certificates are revoked, it therefore means that we will have to update our browsers, applications and domains that use the revoked certificates.

The public key infrastructure(PKI) is a mixture of things working together such as policies, procedures, people, hardware and software all put together to create a standard way to manage, distribute these certificates, store them, revoke them. If one are going to venture into public key cryptography and one are making a PKI, it means that one will be making something that is very big which one need to plan out from the very beginning and set all the processes in place so that it can be as successful as possible. The PKI is responsible for building these certificates and binding them to people or resources.

If one is going to implement one's own PKI, it is going to take a lot of planning to begin with. One is going to research a lot of different PKI software, understand the process one want to have in place and it may start as if one are building a certificate for a single web server. However, once one start building to start building these out and one's organization gets bigger, one will probably need more of those created hence one will need a very specific processing place so as to be able to provide that capability to the rest of the organization. One will need to do encryption with third parties, have digitally signed documents, many more web and email servers and hard drive encryptions so if one plan ahead, one will be in good shape when some of these things start to feature.

The idea of key recovery basically means that we have put some processes in place to make sure that should something happen to that key, we have ways of recovering data that had been encrypted with the lost key. One of the ways is to back-up the private key. However, one need to make sure that one do not have too many backups of the private key or rather too many versions of it to avoid it getting into the hands of other people.

In each and every organization, there is already a key recovery process that will start up from the beginning if the key is lost. We want to have a process where an organization can recover the data or private key and therefore the recovery process is probably built into one's public key infrastructure. It may be a process that is done automatically every time one comes up with a new set of keys

The implementation of one's public and private key creation is something that is usually that is a formal process especially if one have a formal certificate authority set up, it is integrated into the security policy, one know exactly how to request it, one know the process that goes on to get registered and have that key and the certificate provided back to one. It may be something that is very structured and one need a lot of documentation or even show up in person and it has to be linked to one's ID that one might use or it might be more relaxed where it might be something like PGP or open PGP where one are outside of an organization and maybe building a certificate for one's own use. When building out a PGP secret key and a public key, there is a front end to the open PGP standard called GPG. One can download GPG for Mac OS, Windows, Linux and UNIX hence giving one a great capability on most of the available operating systems.

As a matter of fact, the implementation phase of a PKI is one of the most challenging but once achieved, the life cycle of the PKI is considered complete apart from cases where the PKI may require some revocation due to some other reasons. In addition, the implementation process is one that must be successfully undertaken if one is to have a good encryption mechanism. It is therefore important that PKI implementation is taken with as much seriousness as the development process or any other process.