There are so many different software utilities and tools to select from that will help in the troubleshooting the connectivity issues. In general, most of the troubleshooting tools are built as most familiarize operating systems. On that, some tools are based on a command line which are not to an end user. The network administrators have to attain this knowledge and how to use the tools can set them apart from the peers without any assistance. Here listed below are some of the software tools to troubleshoot the connectivity issues.

This protocol analyzer is called as a network sniffer. It will be huge troubleshooting asset. This protocol analyzer will be a software running or a standalone device on the laptop or computer. It is used to capture the traffic, which is flowing via the network switch, with the help of port mirroring features of the switch. By checking the captured packets, it is easy to grasp the information about the communication flow, as they are being maintained, torn down and set up. The examination of those captured packets is considered as traffic analysis, this offers the administrators with sufficient insights on the nature of the traffic flowing via veins of a network.

This protocol analyzer is available in a wide range of costs and features, the Wireshark is the free software program that will make the laptop to act as the protocol analyzer. This software Based analyzer which is similar to powerful electron microscope as well as interpreters for the network traffic. By using this protocol analyzer, an administrator can find the failed NIC- network interface card which is getting a constant data stream onto the networks. This also referred as the chatty network interface card. The administrator can able to identify the NIC based MAC address source, which can be gotten in the output of the packet sniffers. For each packet. The other uses of the protocol analyzer include obtaining an IP destination and source, examining the data and network scanning for intrusion. 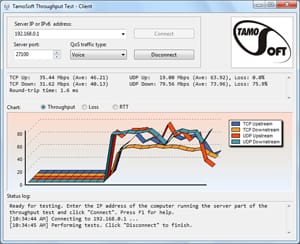 In reality, this throughput tester could not take consideration into a protocol including TCP window size and acknowledgements. If you like to use any dedicated software, including IxChariot, Iperf or Netcps, which refers to those factors and provides much accurate throughput measurement. The difference between bandwidth and throughput. It is possible to measure the data flow amount under real conditions with possible improper wiring, EMI influences, network collisions and heavy traffic loads. Take these things into consideration and measure the network throughput. The bandwidth refers to the amount of maximum information which can send via under particular ideal condition.

When the networks are separated physically that is under troubleshooting or maintaining, can allow to access a network via remote connectivity software. The GoToPC and RealVNC are the 2 software examples which allow to control a PC that is located on the remote network. In addition, Microsoft released their own protocol named as remote desktop protocol. 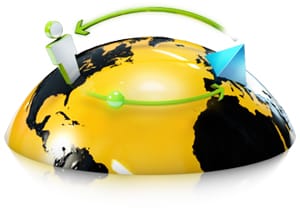 The ping is the command which is used to test a connectivity between 2 devices on the network. This ping will send an echo request of ICMP message to the other device on a network. If the device hears that ping request, then it will respond automatically with the ICMP echo reply. This ping tool, that stands for the packet InterNet groper which is one of the common tools used by the network administrators. This tool used to check the network connectivity and however, it can used to examine name resolution in the network. It includes switches which allow to customize the test. It is the most common software tool to troubleshoot the network. Anyone can initiate the ping request by simply typing ping at the command prompt with a space and the hostname or IP address to which has to check the connectivity. There are so many options available to make the request on the ping.

The timed out error request is more common while using the ping command. This type of error message indicates that the host did not get the message back from a designated device in the designated time duration.

The ping switches for the windows such as

-t this pings the network device until it stopped

-n count indicates the number of an echo request to send

- a it resolves the addresses to the host names

- s count a timestamp for the count hops

-w it denotes timeout in the millisecond to wait for the reply.

This tracert command pings each router hops from source destination and round trip time reports for every router hop. This tool offers lots of useful details such as the IP address of the each router connection, it flows via the name of a router.

This trace route report at length in millisecond of round trip made from the location of the source to a router and back. It helps to diagnose where breakdowns or network bottlenecks might be. The Traceroute is a Unix command and Tracert is a windows command. This tool is the network utility which uses an ICMP to make a list of the routers via which packet is transmitted. With the help of the Traceroute tool, it is easy to determine the connection as well as it finds the router which fails to forward a packet to next subnet. It also helps to isolate the network failed to the specific location in the network.

The term Tracert and Traceroute are not same, but it used interchangeably. The Tracert is specifically to the Microsoft servers and clients in the TCP/IP network while traceroute is a generic term which is used by Cisco, Novell and other TCP/IP hosts.

The dig is the command which is used to resolve the FQDN to IP addresses. This command is mostly a command line. Dig means domain information groper. It is the flexible tool to interrogate the DNS servers. Few administrators select this Dig instead of nslookup due to its clarity output and ease of use. It also used with most of the forms of DNS server, including Linux, Berkeley internet name daemon and Microsoft servers. It is possible to start typing the dig on a command line itself.

This ipconfig is the tool which displays the network configuration values as well as refreshes configured address of the DHCP servers on a Microsoft computer. This tool can be used for a wide range of troubleshooting purposes. The ifconfig is the tool which is a same sort of command used by Linux and Unix systems. The ifconfig is short for the interface configuration. It is similar to the ipconfig windows, but the output is different in some particular way.

While type ipconfig at a command line without switches, it displays the subnet mask, default gateway and IP address of most of the network adapter on the computer. If the PC uses DHCP, then the ipconfig command will release and also renew the DHCP lease, which plays an important role in troubleshooting.

The DNS has becomes an important component for most of the networks today. The nslookup is an utility helps to troubleshoot the DNS related problems. With the help of nsloopup, it is possible to run name resolution queries manually against the DNS servers, receive details about the DNS configuration of the system or else indicate what type of DNS must be resolved. While nsloopup starts, it first displays the present hostname as well as the IP address of the DNS server that is locally configured. This s command will allow to indicate next queries. It is called as an interactive mode. Rather than interactive mode, it is possible to run the nslookup request directly at a prompt command. This method is known as non interactive mode. It is necessary to learn both the interactive and non interactive methods.

The Arp is the service which works background and also resolves the IP to MAC addresses, hence that the packets will the delivered to the destination. Each and every computers will keep the arp cache entries which have been resolved currently. At first, the computer will check the arp cache and then if an entry is not available in that cache, arp would be used to broadcast the local networks and request the computer with some specific IP addresses with MAC address, then only the packet will be address and deliver. There are 2 different types of entries available in the arp cache such as static and dynamic. The knowledge on both entries and arp operation are required to troubleshoot the issues.

The NetBios on TCP/IP resolves the Netbios name to the IP addresses.the TCP/IP offers more options for resolution of NetBIOS name such as windows internet name service, hosts file lookup, Lmhosts, DNS server query, broadcast, WINS server query and cache lookup. However, the applications and operating systems created in the past 10 years will use the hostname resolutions and not the NetBIOS name resolutions. The knowledge about the nbstat utility can help to troubleshoot the name resolution problems. Additionally, anyone can correct or remove the preloaded entry within NetBIOS cache name by using this tool. This utility has a complex syntax which allows to customize the query.to keep it so simple, then simply use the syntax at the beginning to gain the wider range of output. By just typing nbstat at the prompt command and simply press enter to view the available options and syntax of the nbstat.

This netsat command is used to display many information about the IP based connection on the PC. It is the legacy protocol, which offers NetIOS name information. It is the best tool which helps to identify which ports are active and open.

The route is the command which is used to set up the static routes. It will make the computer perform the routing tasks. With the help of route command, it is possible to modify and display the routing tables on the Linux systems and windows. The add enables the static route to a routing table and delete enables allow to remove the route from a routing table and change enables allow to change an existing route. It might be a useful which provides an access to the DSL router or cable modem that have connections to an internet.

The protocol analyzer is best if need to determine the source, destination addresses, protocol, port and much more. Throughput tester is appropriate to suspect the network bandwidth and connectivity software which is available from 3 parties will assist the analysis of issues in an industry or organization. Ping allows to check the connectivity and tracert helps to determine the previous router to process a packet. Dig is for integrating the DNS, arp is to get information and nslookup is to troubleshoot common issue with the DNS name resolution. Like that every software tool has their own specific functionality and capability to diagnose different issues.