Network appliances are an inexpensive computer board or personal computers that provide internet access as well as promotes the network security. These network appliances are most often used for the NAC- network admission control, VPN- virtual private networks, traffic management functions and firewall security. Some of these products can also be used as a cache server, file servers or web servers.

An appliance is the component that has the very small or single purpose and defined set of the purposes. Each and every appliance is good at what it is designed as well as built to perform and not to not much of anything. Once the network is installed and configured properly with all components, it is necessary to maintain and manage these components to receive out of the network. It also includes using some software and hardware tool to troubleshoot the connectivity problems.

The network appliances may vary in term of features and capabilities expansion. Some of the product provides SSP - service switching point support or expansion. Within the signaling system 7 network, this server acts as a switch for the telephone central offices. Features of the network appliances such as security contexts, load balancing, VPN services, VPN clustering, layer 2 transparent firewalling, GPRS inspection, content filter and VPN concentrators. In the below, some of the features and purpose of various network appliances are explained in detail. 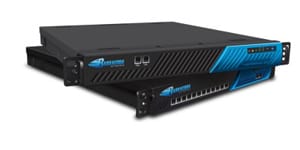 In modern networks, the essential resources for the user are most often stored off in user's computer or in multiple location for a same resource. While it's done, the user will grasp access to a resource by moving to the specific location which is logical and network device can also decide how to gain an user data from what physical location to gain the resources. This will occur mostly unbeknownst to a user. The device which makes all this kind of logical happen is the load balancer. Application scalability and availability are no longer enough. Nowadays enterprises need an integrated solution which delivers the highest levels of security, reliability, adaptability and performance of the business critical applications.

As a network appliance, this load balancer plays an important role in the network. Most of the devices can be configured to offer the load balancing functions. It is sometimes known as round robin because the physical connections are just keep moving round and round.

The load balancing is the technique in which workload is distributed among several servers. It is the basic feature which will move network to the next required level. The Load balancer will improve the redundancy and hence the data availability. It also improves the performance by distributing the needed workload. This load balancer is also known as content switch which also distributes the incoming requests across various servers in a server farm and each of that keep an identical copy of applications and data.

Depends on the organizational needs like network strain and workload on the IT infrastructure, the load balancer should rely for the wide range of the vital process. To protect against the threats to improve additional functions, response time of the effective load balancing. Depending upon the organizational and hardware requirements, it is important to contact the reputable service provider for customizing and implementing the necessary solution to the requirements. This load balancing can also be done via virtual appliances, hardware or by installing the software.

An agile load balancing solution manages both the outbound and inbound requests. Whether connecting with an internet or any organization's intranet, it is important that workload is distributed among servers which are ready to balance the user traffic. When facing the DDOD attacks, unwanted elements or visitors that network load balancer can invaluable. Its gain the industry advantages with VPN solutions, firewalls as well as load balancing features.

A proxy is an agent or a person that performs any action behalf of someone. In this legal world, this term is mostly used while an attorney is allowed to sign on behalf of a client. In the IT realm, the proxy means most relatively same thing. Hence the proxy server is the device which makes connection to any other location, often a site on behalf of an user. This is the server which sits in between the internet and a client computer, searching at the web page requests at the client sides.

If any organization likes to centralize the access to an internet to control as well as track its usage, then it can configure the web browsers on any user PC's to use the address of a proxy server as the gateway to an internet. When any user sends a request to the browser, then a proxy server sends the request to an internet for the user side. It allows the organizations to maintain and control access to the website users can go and determine who visits it and when. Most probably, a proxy server can also maintain the detailed record of these kind of internet requests. If anybody in the organization is being fired or reprimanded for the improper internet use, then the HR team has this detailed report as an exhibit.

While a proxy caches the web pages, it is used to speed the access to the webpage for entire users. Because the hostname is resolved to an IP address for the user to access the resources, this detail can also be stored in a proxy and can be used by another user. This proxy server also offers this kind of service which is referred as a caching proxy.

The content is the any software which controls what a user is granted to get and it is most associated with the website. With the help of the content filter, the employer can also block the access to any poronographic site to some users, even simply any individual user or all the users. This filter can also be applied as the software on the proxy server, on the client machines, on the network, even within a search engine and at the PSP. Nowadays, it has been widely used in most of home/ residential machines to restrict unnecessary entry to the websites.

The most common things to filter are such as emails, executable or website. This content filter can also be implemented either as hardware or software based solution. This solution reduces the network complexity by removing the requirement for the standalone content filtering. It reduces the organization risks and improves employee productivity. It helps restrict the internet use, which exposes them to risk like legal liability, productivity losses and inappropriate use of their company resources. It also prevents malware exposure, which blocks user from accessing sites which are dispensed malicious code such as adware, key loggers, spyware, Trojans, phishing and much more. This content filtering enables the organization to set security policies which limit an internet access. This content filtering is easy to use and deploy and it has managed through a configuration professional, or a web based router management tools. 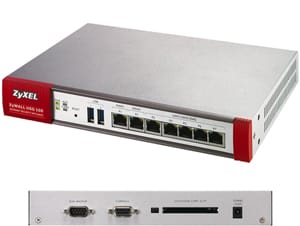 The VPN concentrator is used to improve the remote access security. It is the device which accomplishes the secure connection in between the receiving and sending network devices. This VPN concentrator also adds the additional level of security to the VPN. It is not only to create a tunnel and also can control traffic, encrypt the data, authenticate users and regulate data transfer.

The virtual private network is the network connection which is made to secure even though the connection flows through any unsecure networks, typically an internet. This can be done with the help of the encapsulation protocols. This protocol makes the tunnel in between the 2 devices. Most of the virtual private network concentrators will use either layer 2 tunneling protocol, or point to point tunneling protocol to produce the tunnels. For that reason, this is known as concentrator and it can manage as much VPN connections simultaneously.

The VPN concentrators most often come in one of 2 architectures. They are IPSec VPNs and SSL VPNs. The VPN concentrators are the best choice, while you need a single device to manage multiple number of the incoming VPN tunnels. Some of the VPN concentrators will only supports 1 protocol, or else other. Most of the traditional tunnels for the VPNs rely on the IPSec, which resides at network layer of the OSI- open systems interconnection model. It is the positive aspects of the IPSec, because the applications will run without awareness that a client is entering from outside the network.

The SSL type of VPNs was already built with most of the modern computers by virtue of using the web browser, hence there is no need to install any additional work and configure a client side for the SSL VPN, because most of the clients have this software already. In addition to this, rather than residing at the network layer and allows access to most of the aspects of the network, for that this SSL allow you to control access the bit more effectively for the web enabled applications. It allows to accomplish the finer level of control through other SSL VPN connections.

It is necessary to grasp the purpose and its features of various network appliances. The load balancer can make multiple ways for traffic and hence allows the same to use as many physical multiple links. It will result in better throughput for a session. Then the proxy server is the device which makes connection to site behalf of the user. This can be used for detailed reporting and for control. The content filters are the another one which can be used to identify which traffic is permitted to flow into as well as out of the network. The virtual private network concentrator will create the secure tunnel in between 2 devices with the help of an encapsulation protocol includes L2TP or PPTP. The content switch is one of the specialized devices, but now it is common in todays networks due to its expensiveness.