It is possible to configure the IP on a device to allot the IP addresses to the network interfaces. While assigning the IP addresses, enable the interface and also allow communication with a host on that interface. This chapter helps to learn how to identify, configure and verify the IPv4 addressing and Subnetting, which includes the addressing, such as broadcast, Unicast, multicast and VLSM, address resolution protocol- ARP, the DHCP relay and server, and the DHCP protocol operations.

In the IP version 4, every TCP/IP hosts are identified by the logical IP address. This IP address is the network layer address and also has no dependence on a Data link layer address. The unique IP address is necessary for the each network component and host which communicates with the help of TCP/IP and also can be allotted manually or with the help of DHCP. The types of the IPv4 addresses are unicast, multicast, broadcast and VLSM described below.

Unicast is the very most common form of the IP address. The unicast address is the address which identifies the unique node on the network. The unicast addressing available in the IPv4 typically implies to a single receiver or a single sender, however, it can be used in the both receiving and sending. 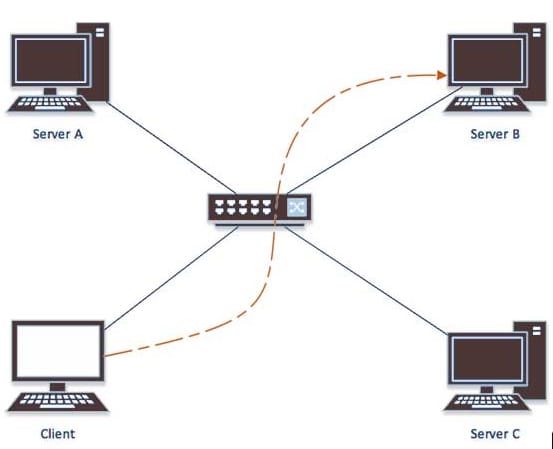 In this Unicast mode, the data is sent only to the one destinated host. A destination address field is comprised of 32 bits of the IP address of a destination host. Take the example of the above figure, the client sends the data to a targeted server only. The internet standard defines the Unicast IPv4 addresses as the "assigned to the single network interface which is located on the particular subnet on a network and also used for the one to one communication". Every IPv4 unicast address has a host ID and a network ID. 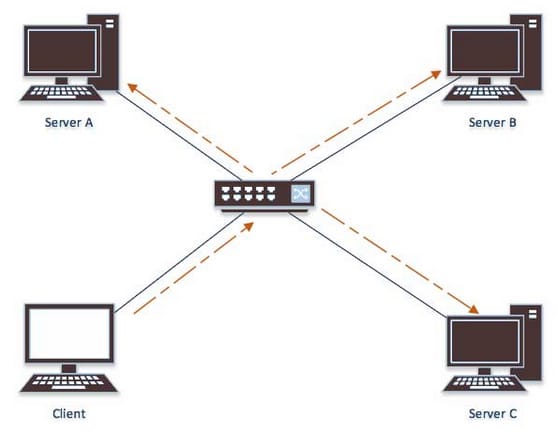 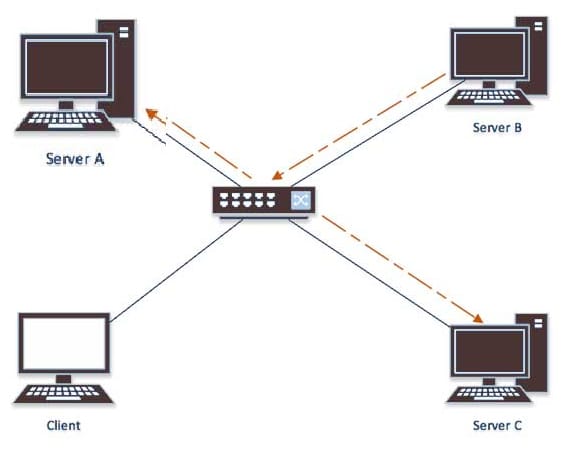 In this type of addressing, it is a mix of the previous 3 modes. The packet sent is either destined to the single host, nor the entire host on a segment. In the packet, destination address comprises of the special address which begins with the 224.x.x.x and also can be used by more than 1 host to as shown in the above figure.

The internet service provider will face the situation where they require to allocate the IP subnets of the different sizes as per the need of the customer. One user can ask for a class C subnet of the 3 IP addresses and some users can ask for the 10 IPs. For the ISP, it is tough to divide an IP addresses into the fixed size subnets, instead they may like the subnets which results in the minimum wastage of the IP addresses. For that, the VLSM offers greater space and opportunity for at all.

The VLSM stands for the variable length subnet masking. This Subnetting is very similar to the traditional subnetting in which bits are borrowed to make the subnets. The subnetting is not the single pass activity. The VLSM is the technique which allows the network administrator to divide the IP address space into the subnets of various sizes, that is according to an individual requirements of the every network, unlike the simple same size of subnetting. On the other hand, the VLSM is simply the subnetting a subnet. 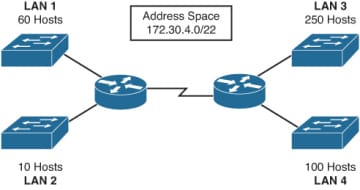 Review the above diagram, the starting address space in the subnetting scenario - 3 is not the whole classful address. It is the subnet 5 from the subnetting scenario two. Take the above diagram as an example for the VLSM topology with an address space as 172.3.4.0/22 as well as the network needs as same as in the diagram. Apply the addressing scheme which conserves the huge amount of the addresses for the future growth. Actually, it is important to have 5 subnets: 1 WAN subnet and 4 LAN subnets. Beginning with the huge host requirement on the LAN 3, start subnetting an address space. To satisfy 250 hosts need, then leave 8 hosts bits. Because 10 hosts bits are there in total and borrow 2 bits to make the first round of the subnets. The beginning subnet mask is the 255.255.252.0 or /22. Here the multiplier is one. The 4 subnets are

Assigning the subnet 0 to LAN 3, they are left with the three /24 subnets. By continuing onto the next huge host need on the LAN 4. Then take the subnet 1, 172.30.5.0/21 and also subnet it further more by using the same technique.

The ARP stands for the address resolution protocol is the telecommunication protocol. It is used for the resolution of a network layer addresses into the link layer addresses, the critical function in the multiple access networks. This ARP is mostly used to convert the IP address to the physical address like Ethernet address. It has been implemented widely in the combinations of network as well as data link layer technology of the IPv4.

The layer 3 switches and networking devices use the ARP to map an IP addresses to addresses and to enable the IP packets to be sent across the networks. Prior the device sends the packet to a another device, it searches in its own address resolution protocol cache to view if there is any MAC address and its corresponding IP address for a destination device. In case, there is no entry, then the source device will send the broadcast message to the each network device. Every device will compare an IP address on its own. The only device with a matching IP address will give reply to a device which send the data with the packets that comprises of the MAC address for a device. Then the source device will add the MAC address of the destination device to its address resolution protocol table for the future reference, it creates the data link header as well as trailer which encapsulates the packets and also proceeds to the data transfer. The below diagram shows the broadcast as well as the response process of the ARP.

The dynamic host configuration protocol is the standardized networking protocol, which is used on the IP networks for the dynamically distributing the network configuration parameters like IP addresses for the services and interfaces. The DHCP server is the one which will reduce the need of the network administrator or any user to configure the settings manually.

The DHCP is the broadcast based protocol and by default its packet never passes via the routers. The DHCP relay gets any DHCP broadcast on a subnet and also forwards it to the particular IP address on the different subnet.

The DHCP supplies the network settings such as default gateway, DNS server and host IP address. When the DHCP clients and its associated servers don't reside on a same subnet or IP network, the DHCP relay agent agent will transfer the DHCP messages between that.

The relay agent will operate as an interface in between the DHCP clients and server. It listens for the client requests and also adds the vital configuration data as a client link information that is required by a server to allocate an address for a client. The below diagram shows the DHCPv4 request for the IPv4 address from the DHCP server.

This helps to understand the steps needed to configure a DHCP relay function on an ACE. Every step has the CLI command need to complete the assigned tasks.

The DHCP is the dynamic address allocation and also follows the concept of the address leasing. So that the addresses can also be used when the hosts are no longer require them. The DHCP operation measures an RTT- round trip time taken to discover the DHCP server and also to acquire the leased IP address from that. An SLA releases a leased address after the operation. Make use of the information from RTT to identify the performance level of the DHCP. There are 2 modes for the operation of DHCP. As default, DHCP operation sends the discovery packet on each available router IP interface. The DHCP relay agent is the any host which forward the DHCP packet between the server and clients. The relay agents are mostly used to forward requests as well as replies between servers and clients when they are not so same on the physical subnet. The relay agent will get the DHCP messages and afterwards it will create the new DHCP messages to send out to the other interface.

It is very important to learn the IPv4 addressing and subnetting and its operation in detail to perform the job role without any assistance from the peers or customers and it will make the job very easy for them. Depends upon the needs and requirements different addresses types of unicast, multicast, broadcast and VLSM are used. The ARP and DHCP relay and server techniques and DHCP protocol operations are clearly explained which helps to learn how to identify, configure and verify it.