CBSA Bundle gives you unlimited access to "CBSA" files. However, this does not replace the need for a .vce exam simulator. To download VCE exam simulator click here 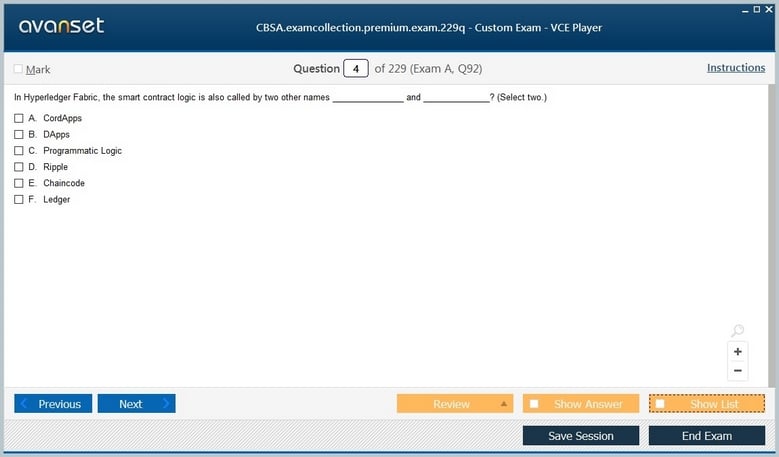 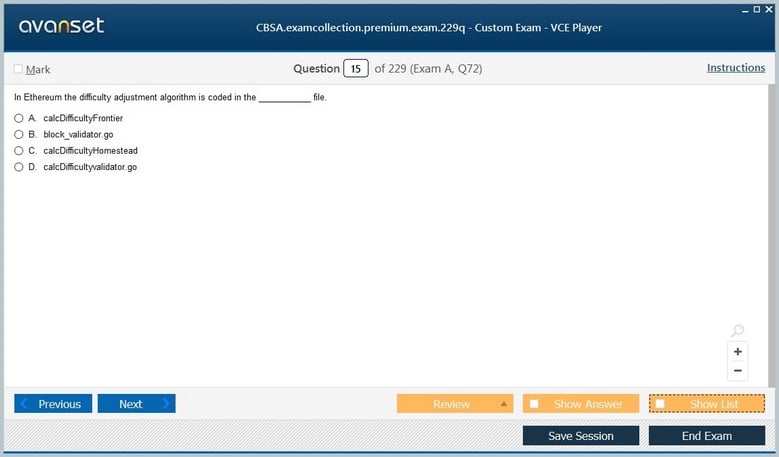 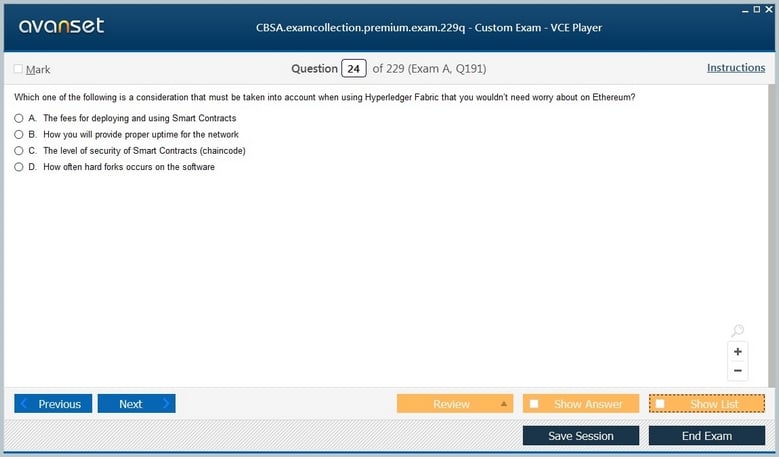 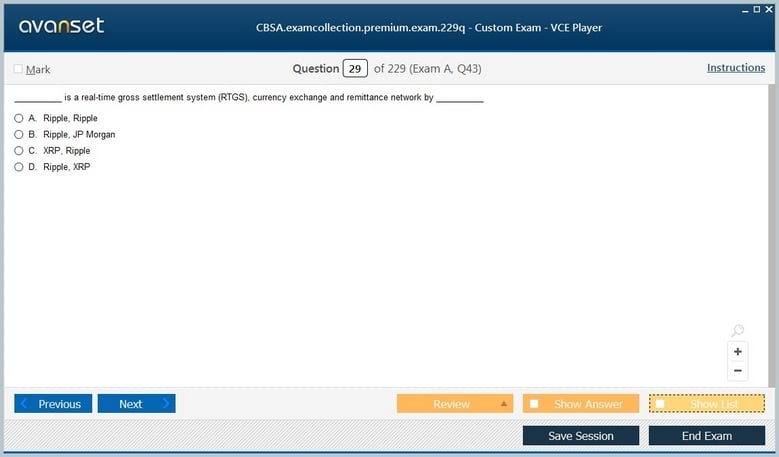 5. Difference Between public, private or permissioned

6. Objective - The difference between public, private, and permissioned blockchains

how blocks are written to a blockchain objectively Now one of the things that we want to just be aware of is first of all, understanding what a block is, and then understanding what a blockchain chain is. So first of all, let's think of a block as essentially the data of a transaction, and it's also going to contain, for example, the hash of the previous hash and then the hash of the hash. That's the structure of the block in most blockchains. There are variations, but we're just talking about generics here. When it comes to a block, we just want to be aware that we understand what a block contains in essence. Now when we talk about a block we know that it's goingto be what, it's going to be a set of transactions. And as part of that block, it will contain what; it will contain the hash of the previous hash; it will contain the hash of the hash again; and it will contain all of the basic requirements for the transaction to be written to the blockchain. We now have a chain as well, and the chain is essentially a structured link of blocks. So basically you'll have block one, block two, block three, et cetera. When it comes to blocks, there is metadata that the block will typically keep. Now metadata is what it's going to be: data about data. So it's going to essentially describe what the block is and what it contains. It's going to have the version of the block structure, a header, a Merkel root hash, which is going to be some cryptographic hash, and it's going to be basically what's really a reference point for all the other transactions as well. And then we have the time—the number of bits. Now, the end bits: this is really true. For example, in the permissions blockchain, it's going to be the difficulty level and then the knots. So the knots: you definitely want to know the term for the exam, but basically, this is the number that is a random number. And you'll see this in a hashing demo. But basically, again, it's a number that is basically used to help determine the input from that number that you put in with the hash, for example, and any other data. It helps determine an output. So if you put in a knot of 220, the output will be different, of course, than if you put in 221. But this is a random number. It's very simple to understand, and you'll see how that works in the demo. Now, a genesis block is, of course, the starting point for the blockchain. It's the first block. Again, that's the start. Now as part of this, we need to understand that after the genesis block is written, we're going to have additional blocks written. And as part of that, in most blockchains we'll likely have what's called "branches." We have the main branch. We have a side branch of orphans and then different categories as well. In an upcoming module, we'll talk a little bit more about these. But the main point here is just to really make sure you know what a Genesis block is. It is really the first block of a blockchain, and then for a transaction to be valid, we want to make sure that's processed via what's called the validation process. For example, depending on the blockchain, those policies or consensus rules could be applied. But basically, in the world of Ethereum, for example, we use mining. Mining is what this is going to be when you have a group of nodes; they're going to use compute power to basically create a block. This is doing the hard work. When we talk about proof of work, it's really like a race to the finish. It's a marathon run. Whoever fixes all the problems first wins the prize. Let's go over the demo now.

Now let's talk about some of the terms we talked about. The first is a block. So what is a block? It's basically going to have what it's going to havethe transaction it's going to have, for example, or transactionsfor that matter, it's going to have the hash. It's going to have the hash of the previous hash. So that's what a block is. And then we have a knot. Now remember, a knot is a random number. I could change this to whatever I want. And when I do—when I take out the eight, for example—you'll see that this will change. And if I add in threes or two, we have a hash that's going to change. And this is important because this is block number one. But what about when we get to Block Number Two? So if we change the hash here, block number two will have a different hash and will, of course, be different. It'll have the hash of the previous hash. So block number two will have this hash here, and then block number three will have the hash of block number two, and so on and so forth. Consider the nons to be a random number that has just been assigned and then part of the hash. In other words, when we change the inputs (any of these inputs), the output will change. So if I go, "Hello world," you can see that the hash changes. If I mine it, this will give me my result here, and again, what if I do? If I change from a four to a three, my hash will change. If I change it back to four, we're good. Now, what about if I change the block number? If I change it to three again, the block number will do what? It's going to change the hash. Remember, any of the inputs here will change the output. That's really the main thing that you want to understand, especially if you take the exam. Make sure you know what a block is, makesure you understand the importance of a knots. Also make sure that you understand what data isand also understand you understand how the hash worksand how the previous hash is also basically employedas part of the upcoming blocks and the blockchain. Now, in the upcoming demos, I'm going to go through, forexample, the blockchain part and I'll walk you through the hashand the hash of the previous hash, as you see here,and then the hash of the previous hash again. And if we change, for example, here, guess what happens? Well, the output will change. And what does that mean? That's going to mean what? The hash is going to change yet again. So with that said, we'll talk more about this in the upcoming demos when we get to the blockchain part of the course and the hashing part of the course as well. Let's move on.

8. Objective – Where cryptography fits into blockchain and the most commonly used s 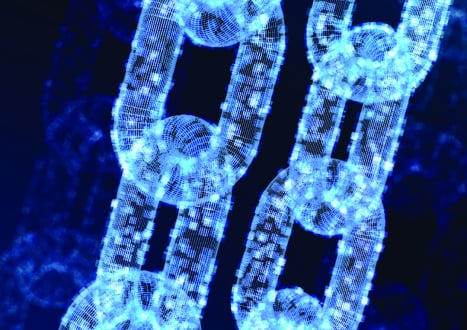