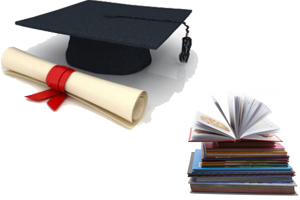 What You Need to Know About Six Sigma & Lean Six Sigma

What is Six Sigma 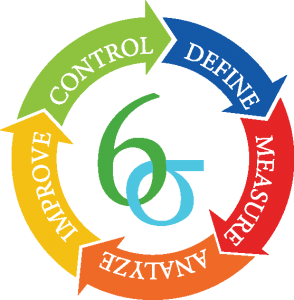 There is a number of misconceptions about Six Sigma. To clarify them, Six Sigma can be defined as simply a method of efficiently solving a problem. Using Six Sigma reduces the amount of defective products manufactured or services provided, resulting in increased revenue and greater customer satisfaction. Originally developed for manufacturing industry, the methodology of Six Sigma is now popular with insurance companies, financial service providers, healthcare providers and other organizations to which customer satisfaction is a priority.

Six Sigma is named after a statistical concept, therefore one needs at least some background in statistics to fully appreciate it. To put it simply, imagine a situation where a process only produces 3.4 defects per million opportunities (DPMO). Six Sigma can therefore be also thought of as a goal, where processes not only encounter less defects, but do so consistently (low variability).

Although Six Sigma was originally developed for large manufacturers, this methodology is now successfully applied by small and medium businesses (SMBs). In fact, Six Sigma processes and toolkit is easier to implement in a smaller organization, and since an SMB usually has shorter process time cycle, the effect of Six Sigma implementation can be seen earlier.

No matter what size and industry an organization/business is, the benefits of implementing Six Sigma are infinite: Six Sigma increases revenue and reduces costs, while freeing up resources that can be applied toward other profit-boosting projects.

Is Lean Six Sigma the same as Six Sigma? No, these are related yet different methodologies.

Lean Six Sigma is a methodology that combines Six Sigma with Lean Speed methodology and was originally published in 2002, in a book by Michael George and Robert Lawrence Jr. In its core approach, Lean Six Sigma prioritizes collaborative team effort to boost performance by systematically removing what is called ‘waste’: unnecessary/inefficient actions and other challenges that hamper the process.

By combining the principles of lean manufacturing and Six Sigma, this methodology recognizes 8 types of waste (also referred to as muda):

What Does a Lean Six Sigma Project Look Like?

Lean Six Sigma projects are essentially a combination the Lean’s waste elimination approach and the Six Sigma focus on quality characteristics and improvement of process outcomes. Lean Six Sigma employs the DMAIC toolkit, which combines the entire set of the Lean and Six Sigma tools. Basically, Lean Six Sigma methodology takes the best from both worlds.

Just like with Six Sigma, the training for Lean Six Sigma is based on the belt system. The levels of expertise are: white belts, yellow belts, green belts, black belts and master black belts. This logic is similar to karate and other martial arts where the black belt is the highest level of expertise and mastery.

For each of these belt levels skill sets are available that describe which of the overall Lean Six Sigma tools are expected to be part at a certain Belt level. These skill sets provide a detailed description of the learning elements that a participant will have acquired after completing a training program. The level upon which these learning elements may be applied is also clearly outlined, which reflects the responsibilities and requirements for each belt within a sigma project.

Lean Six Sigma certification process does not rely on a centralized certification body. These certifications are conducted by both independent providers and employers for their staff.

Although implementing a Lean Six Sigma methodology within an organization usually takes a few years and sufficient investments including time, as well as financial resources, this step is usually worth it. According to proponents of Six Sigma and Lean Six Sigma, implementing this methodology and switching to Lean Six Sigma toolkit helps companies cut their costs by 50%, which makes a huge difference – whether it is a big manufacturing facility or a SMB (small or medium business).