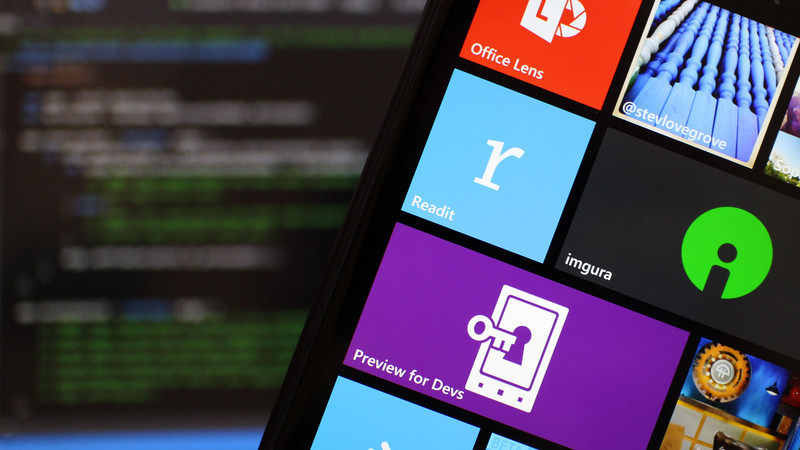 Should I get Certified as a Windows Phone Developer?

The question about going into Windows Phone development is now being asked by more and more mobile developers. With Windows Phone being the fastest growing mobile operating system in 2013, Microsoft has doubled its market share in the mobile industry within the last year. But is becoming a certified Windows Phone Developer a good idea now? In this article, we urge you to think twice.

While market share of the Windows Phone has been growing steadily in 2013 (making it the third most-used mobile operating system after Android and iOS), the giant made its ultimate claim for leading the mobile world by purchasing Nokia in September.

So now Microsoft’s main task appears to be developing a powerful ecosystem for both phones and tablets, and as they go along, there will sure be a high demand for Windows Phone Developers. Even now, Microsoft’s not going bad: with the integration of SkyDrive, Office Mobile, Office 365, etc, the company is sure on the right track. Yet, there’s still a lot to work on, especially in the area of smaller/cheaper consumer apps, to step up the competition with the leader, Google’s Android.  Not surprisingly, in this situation, the MCPD: Windows Phone Developer certification may look like a good option for you, as there will definitely be a rising demand in Windows Phone app developers. Yet, as it usually happens, things are a little more complex than they may seem, and we’ll try to convince you that you’ll need at least some HTML 5 understanding, up to the point when MCSD: Windows Store Apps certification may be a better long-term goal (as opposed to the outdated MCPD: Windows Phone Developer you may be eying).

Is there anything wrong with MCPD: Windows Phone Developer Certification?

Where do we start? The thing is, this certification is strongly focused on Silverlight. Which is fine, considered that this is what Windows Phone development is now based on. Yet, it may not be so fine once you consider that Microsoft has pretty much dropped Silverlight in 2011. Do note also that the certification includes the 4th version of Silverlight among its steps, although the platform was updated to Silverlight 5 back in 2011. So why haven’t they updated the certification yet?

Although it will be supported until 2021, you don’t have to be a genius to understand that it won’t last that long: Microsoft has announced it would be moving to HTML 5 instead. Why would Microsoft kill its proprietary technology? Just look a few years back and it’ll be clear.

2 years after his death, Steve Jobs still remains the trendsetter of the tech world. And it’s not his gadgets (and the recent lack of Apple’s innovation) we’re talking about. Do you remember the outrage caused by Apple’s decision not to support Flash on its gadgets? This way, Apple created the AppStore concept we know today: accessing things you need through apps, which, in turn, brings huge monetization potential to the owners.

Looking back, one can now state that the war between Apple and Adobe over Flash had prompted the HTML5 we use today. And in 2011, Microsoft took the course of moving away from the Silverlight towards using HTML5, thus closing the door on its own proprietary technology. The company admitted it would be dropping its efforts to make Silverlight the leading cross-platform runtime for the web and the desktop.

What Exactly is Silverlight?

Microsoft Silverlight enables writing and running rich Internet applications, similar to Adobe Flash. The run-time environment for Silverlight is available as a plug-in for web browsers running under Microsoft Windows and Mac OS.

Silverlight is capable of providing video streaming. It has been used for the NBC coverage of the 2008 Summer Olympics in Beijing, the 2010 Winter Olympics in Vancouver, as well as the 2008 conventions of the US Democratic and Republican parties. Until recently, it has been used by Netflix to enable its instant video streaming, however, the service has announced its switch to HTML5 in the near future.

Truth be told, for years Silverlight had compatibility issues with browsers, and many developers weren’t crazy about its features. Yet, it carried out its mission of a universal platform for delivery of rich online content, with online video streaming being the best and brightest of it. Convenient? Yes! But as a user, would you purchase an app for something you can get without one, just through your browser? We didn’t think so. And neither did Microsoft. So now the company treats its own technology exactly the way Apple treated Adobe’s Flash years ago.

Of course, this platform isn’t something Microsoft can get rid of within a day: the company will support Silverlight 5 until 2021. Although it may still seem far away, it is obvious that HTML5, a quicker and leaner technology, will take its place. And, since Adobe has dropped Flash as a mobile platform for being too energy consuming and too slow, it’s just a matter of time until Microsoft does the same with Silverlight (although it’s not nearly as heavy).

Moreover, Microsoft is now faced with the need to capitalize on its Windows Phone and Nokia investment, and this is something Bill Gates’ company can once again learn from their founder’s lifelong rival, Mr. Steve Jobs: heading towards a lean and consistent appstore-based ecosystem, where desktop and mobile environment are harmonically aligned, and the monetization potential is high. And, with Windows Phone showing the highest growing rates this year, Microsoft seems to finally be on the right track.

So, this article pretty much shows why be believe that while having the MCPD: Windows Phone Developer certification is very useful nowadays (to get the job you want ASAP), you should keep in mind that the technology is very likely to change soon. And, if you already hold a Windows Phone Developer certification, you may seriously want to think of picking up on some of that HTML5 and JavaScript knowledge you will eventually need – on a truly professional level. So, DO consider MCSD: Windows Store Apps to be safer in this ever changing apps world.

VMware Certification Exams in 2022: What Updates and Changes Are Expected for IT Specialists?

Technology is advancing rapidly, so the market with the available job roles and the vendors with their certification programs always try to match the current changes. The old exams are withdrawn, while the new ones are released in order to address the new requirements of the field. Thus, VMware, which offers a variety of tests… Read More »

The exam retirement process is an important point in any certification program lifecycle. The old tests go away and new ones come to replace them, which is why some vendors notify their candidates about any changes happening in their programs. The same rule applies to the Oracle portfolio and the paths it has. The notification… Read More »

What Certifications Does Microsoft Plan to Withdraw in 2022 and Why?

The world is transforming rapidly, which is why various technologies and job roles associated with them change every year. To keep the certification programs relevant, the vendors continually review their qualification exams and certificates to be sure that they reflect the latest skills you should have. The same goes for Microsoft. The company keeps track… Read More »

CompTIA is a company that promotes the growth of the industry, the development of a highly-skilled workforce, as well as a commitment to creating an environment with innovation, benefits, and opportunities that are available to everyone. This is a vendor-neutral and independent source, which covers a wide range of technology-related topics. CompTIA offers its own… Read More »

What’s New in Cisco Certification Program and How Can Its Changes Affect Your Career in 2022?

Cisco is one of the popular companies that help transform business through technology. It knows everything about networking, security, Cloud, collaboration, and data center. Thus, its certification program is one of the best options for the individuals interested in enhancing their skills in these areas. Each year, various technologies change because of how many new… Read More »

What Data-Related Certifications Are Available to IT Professionals in 2022?

The individuals who work in the domains of data science and data analytics can measure and highlight their skills using the special certifications. There are many certificates that focus on this knowledge area. In this article, we are going to take a look at three of them: Dell EMC Specialist – Data Scientist, Advanced Analytics,… Read More »