PK0-004 Bundle gives you unlimited access to "PK0-004" files. However, this does not replace the need for a .vce exam simulator. To download VCE exam simulator click here 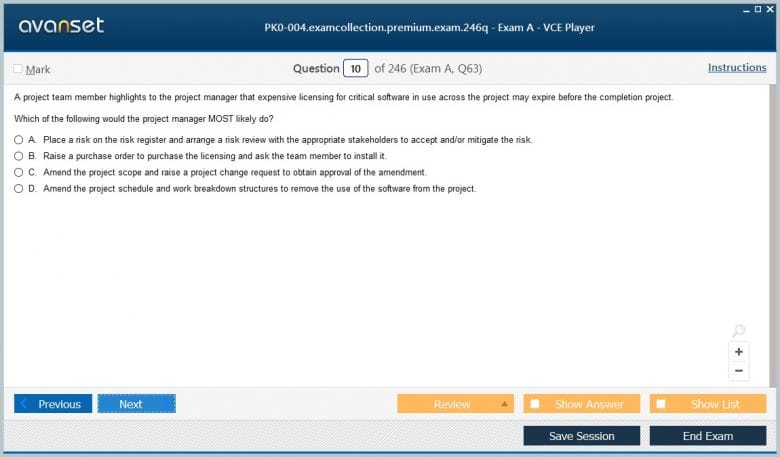 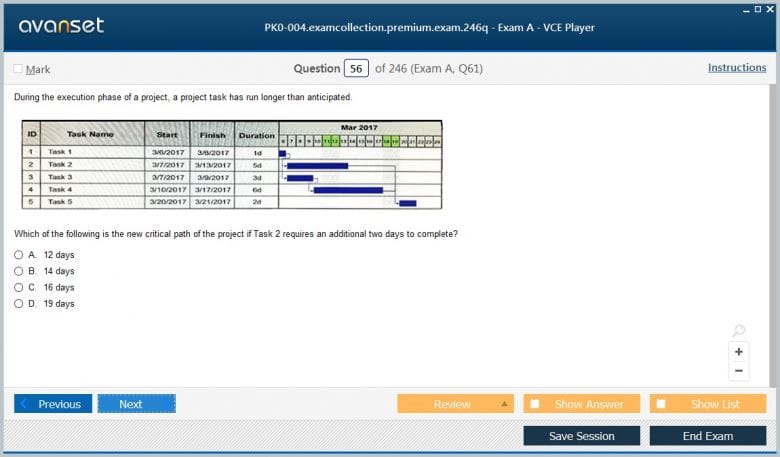 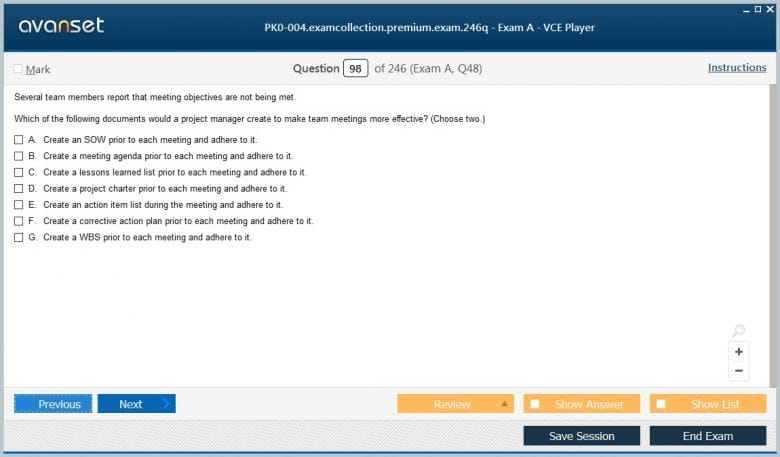 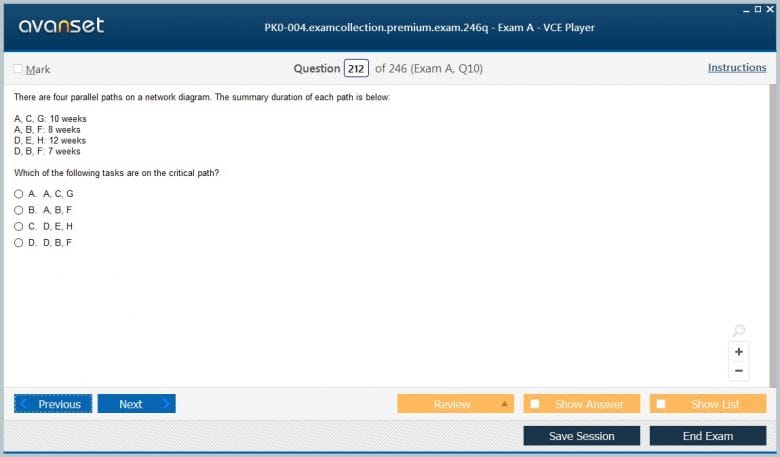 In an earlier session, we talked about the process of defining the project scope. And there are some very specific tools and techniques that you could use in order to create that scope statement. And it's important to look at some of these tools, as you may encounter these on your exam. So I want to walk through these. Now, the first one we saw was product analysis. Product analysis is where, if we're building some piece of equipment, we take that equipment and break it down to the individual components that would equate to the sum of those that would equate to this device. So for example, like in this drawing here, let's say this is a new piece of a computer, some type of fancy router or a printer, or who knows? But the idea here is, in this schematic, we're looking at just one very particular portion of the piece. So let's take a look at that here. So, in the product breakdown, we're looking at just this one very specific component out of everything in this computer printer or whatever network building we're doing. so that this component is part of the product breakdown. Then we'd take this piece out and figure out what we need to do to create that thing in our scope, then move this chunk back over here, and so on. So the product breakdown is kind of an arithmetic of what we are creating, and that helps us create our scope. You may also see this as systems engineering. So it's just a couple of different ways of looking at the product scope—the thing that we are creating—and then that helps us create the project scope. Now, with product analysis, there are a couple of different terms here with product analysis.Value engineering is where we look at the value of the product. So how can we cut costs while maintaining value? So for example, we may have a phone case that is so many millilitres thick of material, and through our testing we found that we could shave off 1 millilitre of material. We can make it just a little thinner, and it wouldn't have any effect on the end result. And over time, that tiny difference in taking off that material saves us a quarter per piece or what have you. So value engineering is: how can we cut costs but still maintain value? It's a little different than value analysis, where the cost of the product can be no greater than what's necessary to achieve value. So we look at all of the parts that go into the product and see how much they cost and how that equates to value for the customer. If we're spending more than what that value is worth, then we are going to be upside down on our profit, obviously. So value analysis says the cost of the product can be no greater than what's necessary to achieve value. And if we're adding things that don't add value, it's a non-value value add.So you've most likely heard that phrase before. Function analysis is primarily used in system functions or functional architecture. It's, "What does this thing do?" What does this right click do? What does this field do? And how does it contribute to the scope? How does it contribute to the project deliverables? Quality function deployment, sometimes called the voice of the customer, is a structured approach to defining customer needs. It's really looking at the product and saying, "How will the customer use what we're creating?" What is their value, and what are we creating for them? Is it the reliability, is it the sturdiness of the product, or is it the price? Or is it probably a combination of those things? So that's quality function deployment. You've seen this term a couple of different times, "alternative generation." So there are some flavours here, like benchmarking, where you compare one product to another, like Oracle versus SQL, or wood versus carpet, or what have you there.So systems, vendors, materials, resources—these are all things that you can find alternatives for, and that's alternative generation. So there's always a different solution for what you may have to deliver. In your project-facilitated workshops, you've seen this a couple of times now. It's a way of understanding stakeholder expectations and documenting requirements. Documenting expectations also allows you to communicate those requirements and what's in scope, allowing you to seek verification that the customer agrees that what you're about to create is truly what's out there for the deliverable. Now, you may do this as a project manager; maybe a business analyst would do this for you or before the project even gets started.

This lecture deals with project constraints. Constraints are anything that will limit your options as a project manager. So let's be more specific. Think about what the constraints are. Obviously, it's anything that limits your options, but it also describes things like deadlines, maybe a predetermined budget, materials, resources such as specific people, the project deliverables as a constraint, and any other requirements that you have in your project. So imagine you're working on a project like the one we saw in the video, where you're installing a new server and a data warehouse.Well, you may have a deadline. It has to be done by the end of the year. Your budget is constrained; you cannot spend more than $300,000 on materials, such as a specific type of cable resource.You have three senior engineers for your project and two junior engineers with whom you must use project deliverables. There are specs for the server that you have to set up on what type of operating system it is, what the hardware specs are, and so on. So there are the project deliverables, and then there are some other requirements. So we have some key performances here. There has to be speed, bandwidth, and throughput reliability. So there are some other requirements that affect the acceptability of the project, and that would be a constraint. So, it's really anything that limits your options. Now, there are always three constraints that you have in project management. They're called the "triple constraints of project management," and they are time, cost, and scope. Sometimes these are shown like the "Iron Triangle." The iron triangle is an equilateral triangle where all three sides are equal. And so if you imagine each side, there is time, another is cost, and another is scope. If any one of those sides is out of balance, then your project probably isn't going to be successful. So if you have a very large scope but not a lot of money and not a lot of time, that's just not feasible. It's not going to be successful. This is a mistake that some project managers make: they overpromise on how quickly they can get something done because they want to please the customer or they are eager to get to work. And when you overpromise on how quickly or how little something costs or how long something takes, if it's not reflective of what the scope is, the project is not going to be balanced. So you have to balance time, cost, and scope. And this will be part of our scope management planning, as well as our scope definition.And then in future sessions, we'll talk about time, how you estimate time, and also how you estimate cost. So this is setting us up here for time, cost, and scope, and the iron triangle. Now, if we have constraints, we may also have assumptions. Assumptions are anything you believe to be true but have yet to prove.All projects have some assumptions. So, for example, you may have an assumption that your project team is not going to quit the company, or you may have an assumption that the project sponsor is going to support the project, or you may have an assumption that the stakeholders want the project. If we don't test those assumptions, we assume that the vendor will deliver on time or that the team has the necessary skill set.If we don't prove that, assumptions can become a risk. So risk and assumptions are often linked together. We also have some assumptions, and constraints and assumptions are often linked. So we have an assumption that our estimates were correct. We might have an assumption that the scope is not going to change, or we might have an assumption that if the scope changes, we'll get more money or get more time. So assumptions and constraints kind of follow you around in the project. You have to make some assumptions, but we also have to be really careful about those assumptions. Will they come back and create a risk in our project?

One way of collecting requirements is to observe the work. Seeing really is believing. So what this means is that you go out and you work with your stakeholders, and there are a couple of different ways you can observe the work. The first is just job shadowing, and this means that you are passively observing. You're not involved in the work, you're only observing what the stakeholder does. So this is really important, like with software development or if you're changing internal processes as part of your project, that you see how people do their work, which allows you to understand their work better. Passive observation. You only watch the work being performed, so you understand how your project will change the work. And this is part of the current state analysis. Now, active observation is where you get involved so that you can actually experience the work by participating hands-on. and this helps you really understand the work.

I was frustrated because the PK0-004 exam was near, and I wasn’t having authentic materials for preparation. But the PK0-004 dumps from ExamCollection gave me hope and confidence that me helped me show the best performance in the final exam. I appreciate the efforts done by experts and want to thank for the PK0-004 questions and answers that you've made.

Downloading the free VCE files led me to the right path. All you need is to open them and train till you get the passing score. They are very easy to use. Besides that, you don't need to look for the VCE player, because you can get it right from Exam Collection. All these free files for the PK0-004 test are uploaded by past test takers. If you want to be 100% confident in your skills, you can get the premium package, as there are the files that are verified by experts. I was very content about the fact that this site offers different methods of preparation.

When your company pays for the CompTIA PK0-004 test, you have a huge responsibility on your shoulders. I was in this situation, and ExamCollection saved me a lot. I downloaded the paid questions and answers and trained with them many times. I didn’t expect these files to be so great and easy to follow, but they were! I took the exam on Monday, and I passed it. Thanks, ExamCollection! 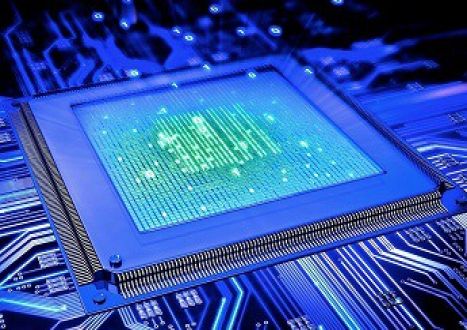