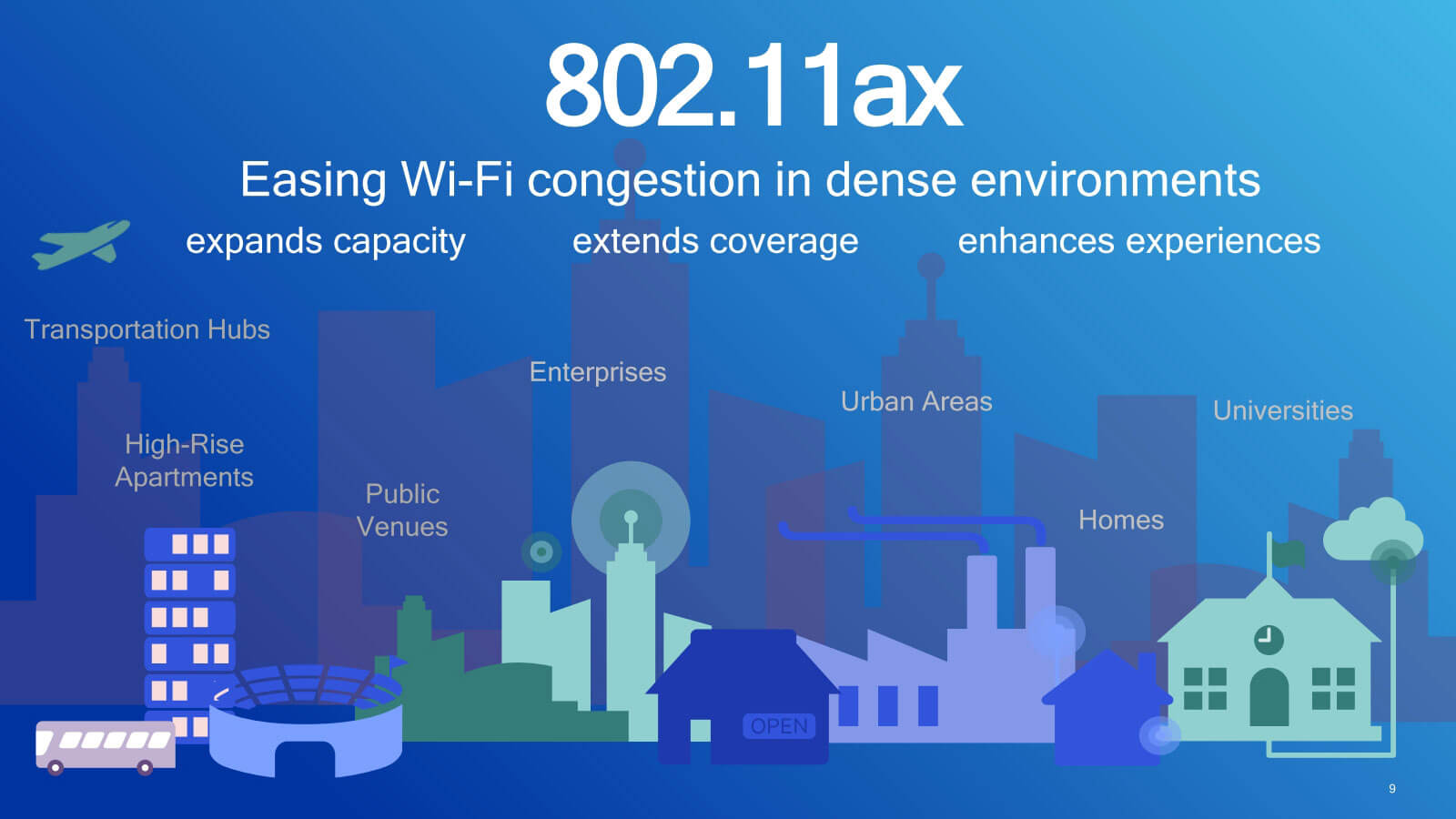 Wi-Fi 6: What You Need to Know about This New Standard

Wi-Fi is getting faster and better, many routers are already accessible with chips using draft 802.11ax Wi-Fi specifications, but the new standard should be adopted by December 2019, which will lead to a wave of updated devices with new wireless capabilities. They will help create the next generation of networks with less delays and greater speed.

The 802.11ax standard, or “high-efficiency wireless”, will now be called Wi-Fi 6. This is a new standard provided by the Wi-Fi Alliance, and the previous generations are now known as Wi-Fi 4 (802.11n) and Wi-Fi 5 (802.11ac). It is expected that a new type of marking will soon appear on the devices, as shown below.

Technically, Wi-Fi 6 will have a single-user data transfer rate, which is 37% faster than 802.11ac, but more importantly, the updated specifications will offer 4 times the bandwidth per user on a wireless network with a large number of devices. It is also more energy efficient, which should lead to an increase in battery autonomy. To achieve these improvements in the 802.11ax standard, many changes have been implemented, including some multi-user technologies adopted from the cellular industry, namely OFDMA and MU-MIMO, technologies that significantly increase throughput and performance due to a greater number of simultaneous connections and more advanced ways to work with data bandwidth.

As already mentioned, Wi-Fi 6 is expected to have a more direct effect in areas where networks are heavily overloaded, and ultimately help lay the foundation for the expected future of intelligent infrastructure (for example, the Internet of things). Along with solving problems with a huge number of devices and network deployment arising as IoT is deployed, Wi-Fi 6 will be adapted to meet the ever-growing demand for higher data rates for several users. Wi-Fi 6 is based on 802.11ac with about or even more 50 updated features, although not all of them will be included in the final specification. Here are some of the expected achievements of Wi-Fi 6:

Wi-Fi 6 also introduces support (OFDMA) for incoming and outgoing communication lines, a modulation scheme that equates to a multi-user version of OFDM. It will reduce latency, increase throughput and efficiency, allowing 30 users to simultaneously use the channel.

Designed to replace both 802.11n and 802.11ac as the next WLAN standard, 802.11ax or Wi-Fi 6 is being developed to provide significant improvements in network efficiency and throughput for dense locations with moderate improvements in peak data rates that will be better supported on multiple devices simultaneously.