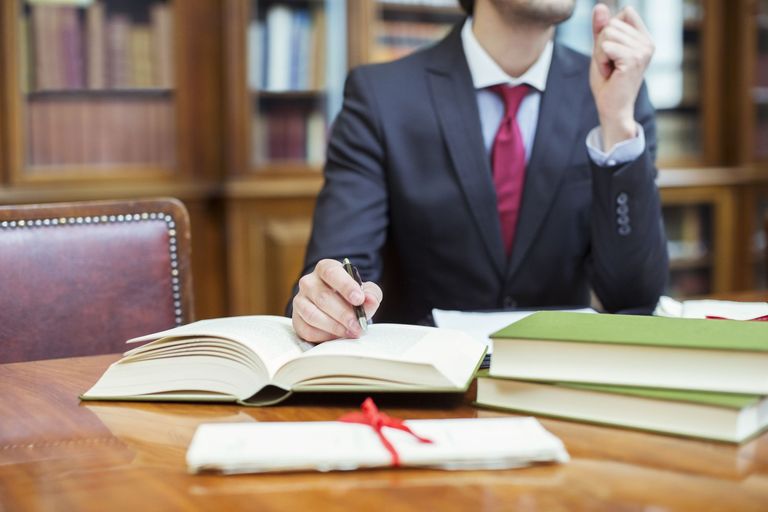 So you want to become a lawyer… And what’s the most intimidating thing about law school (besides those insanely high tuition fees)? It’s LSAT – the Law School Admission Test, which needs to be passed by all law school applicants in the US and Canada.

While LSAT is compulsory in North America, the exam is so challenging and reputable that more and more law schools worldwide accept it as an ultimate measure of success for their applicants. Administered only 4 times a year, LSAT measures and validates test taker’s reading comprehension, logical, and verbal reasoning proficiency.

Before you decide on your LSAT preparation tools and best study guides, let’s take a closer look at what you should expect.

The first thing to know is that LSAT is a long test which lasts three and a half hours. IT consists of five multiple choice sections (35 minutes each). Four of these sections are scored, and one is unscored, which means it does not contribute to your test score. This section is typically used to get the data on new test questions. There is also one unscored writing section administered at the end of the test.

In this section, you will read a passage of 130 words or less that describes a scenario and a set of rules that apply to that scenario. You will have to answer 5-7 questions about the scenario. The scenarios always involve various kinds of relationships, such as: above, next to, before, after, group membership.

LSAT Analytical Reasoning section will have 4 such sets of passages and corresponding questions.

Each section consists of short argumentative passages on variety of topics, each 20-100 words long. Each passage will be followed by one question

The Reading Comprehension section of the LSAT contains four sets of reading questions, each set consisting of a selection of reading material followed by five to eight questions. The reading selection in three of the four sets consists of a single reading passage; the other set contains two related shorter passages. Sets with two passages are a variant of Reading Comprehension called Comparative Reading, which was introduced in June 2007. Comparative Reading questions concern the relationships between the two passages, such as those of generalization/ instance, principle/application, or point/counterpoint. Law school work often requires reading two or more texts in conjunction with each other and understanding their relationships. For example, a law student may read a trial court decision together with an appellate court decision that overturns it, or identify the fact pattern from a hypothetical suit together with the potentially controlling case law.

These sections can appear in any order, and you will not be told which section is the additional unscored section. Unlike some other tests where points are deducted for incorrect answers, LSAT does not have any penalty for guessing, so it’s also an option.

In the end of the sections, you will have to provide a writing sample in response to a prompt. This prompt will describe some choice between two mutually exclusive alternatives, and you will have to write a short essay arguing for one alternative over the other. While this writing sample does not contribute to your LSAT score, it is still important. Unlike the unscored multiple choice section, your essay will be seen by law schools you apply to. You will be given 35 minutes to complete this writing task.

How Do I Prepare for LSAT?

Now, the key question so many candidates ask, is HOW DO I PREPARE FOR LSAT WITHOUT SPENDING A FORTUNE?

Well, given the price tag of a law school, the question is more than valid! As an efficient yet affordable alternative to LSAT courses, Avanset’s VCE software provides candidates with the option of interactive computer based exams. VCE software supports a number of question formats, including those used in LSAT. As VCE Mobile versions allow users practice a LSAT exam on the go, it is a good way to save time while studying during your daily commute, short breaks, etc. Moreover, as VCE files are so quick and convenient to share and spread the latest exam questions, you are highly likely to get your hands on real LSAT exam questions before you enter the testing center. Explore how you can benefit from VCE in your LSAT and law school preparation here.