CSA Bundle gives you unlimited access to "CSA" files. However, this does not replace the need for a .vce exam simulator. To download VCE exam simulator click here 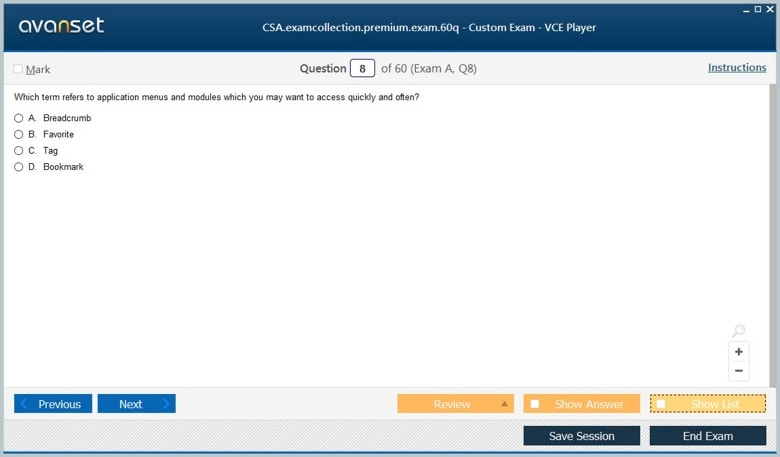 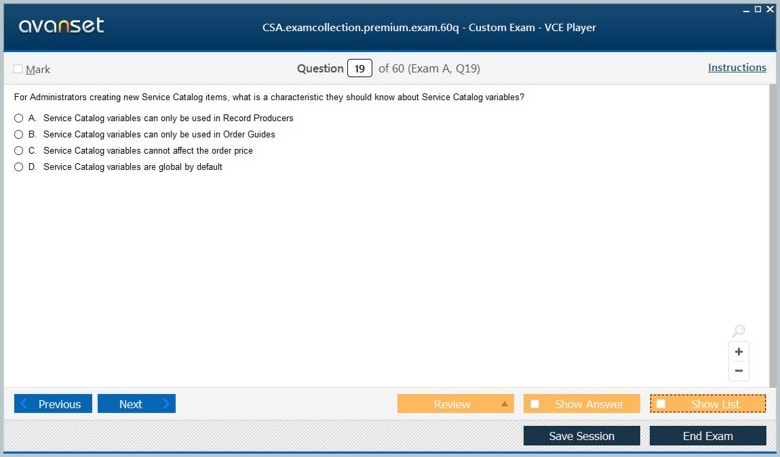 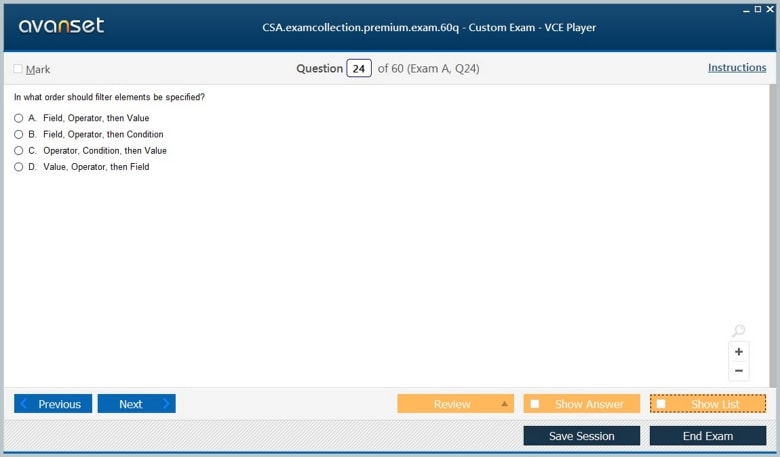 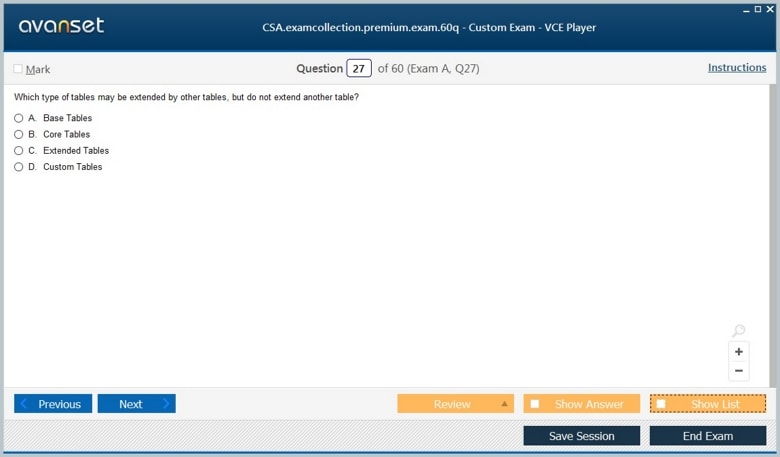 in service now. All the users who are actually present in the system can be divided into two types. At high levels, there are two types of users. One is the group of people who use the service now, and the other is the group of people who configure the service now. Processes. Simply put, one configures the processes in ServiceNow, and others use those configured processes. As I said, as someone is configuring the process, the people who can configure it are nothing but the administrators or admins. On the other side we haveusers who use the configured processes. These guys can again be divided into two types. There are rolled persons and non-rolled persons. Role players are people who play at least one role. It could be a simple approval role, a high-level iTile role, or any role as a role. There are many roles in the service system. If a person has a role, he is nothing more than a role person. But the important person which we need toknow about is ITIL person the other person. I mean, if there is a person who doesn't have any roles, he is called the end user. So overall, we could say that the people who utilise the service in its current configuration can be divided into two types. There are rolled persons and non-rolled persons. Non rolled Persons Typically, their role in ServiceNow is limited to raising tickets. It could be a change, request, or incident. But they can only raise the tickets. They won't be able to work on those tickets. ITR people are the ones who work on those tickets. This is very important to understand because we are the people who can administer the service now. which means we are going to configure the whole service. service now processes. These configured processes are utilised by the users in a company like this.

Till now we have seen howusers can be created manually.Now let's see another way for this whichis automation related to the user creation majorly.Almost, I would say almost was most ofthe companies who are using a service now,they use LDAP integration to create the users.This is nothing but the sourceof creation of user records.So let's see how the LDAP can be configured.We are not going deep into the configuration,we are just going at high level.What are the settings that need to beconfigured will be discussed in this current session.For that first we need to go to the LDAP.Just type LDAP and here you willbe able to see create new server.You can create a new server basicallyfirst let's understand what exactly LDAP is.LDAP is a protocol.It's a protocol to access an active Directory.Active Directory is an type of application which storesthe user data and also the group data.If you are taking any organization, the users intheir organisation are stored in an active directory usersand also as I said, group membership also.Now what we are going to do isin ServiceNow we are going to integrate ourservice now system with that Active Directory.This will actually fetch all the details fromthat active directory to the service now system.How we can do it is basicallywe need to configure this integration disintegration.How we are going to configure basically, weneed to first initiate the LDAP servers.We need to create the LDAP server records.We already have an existing LDAP server created by the servicenow which is an out of the box recorded first.As I said, we need to configure the LDAP server,the server which is holding the active directory records.Once we add up that particular server URL, thenwe need to configure the username and password.We just need to mention the login distinguishedname which is nothing but the username andalso the password for that particular user.And then where exactly shouldwe search in the directory? As I said, it is an active directory. We need to know it has lots of details in it. We need to give the proper path, like where exactly do we need to search? We should also give some name for our reference, the name of this LDAP server.Once it is created, we need to configure the OUI definition organisation unit one for each class.I would say group is a class and users is another class.So for groups, let's get into the OUI definition.We need to give the relative distinguished name which is CN equal to users.Depending upon this filter it will give us the recordsonce we get the data from the tactile directory.Where should the data be stored? It is mentioned over this table right now.As I said, this is a groups Ou definition.We are going to the target table will be group table.Let us come back again and let's seehow the user Ou definition is present.Now in this users in this users Ou definitionyou can see that there is a different filter.Based upon this filter it will fetch only the user recordsand you can also see that the table is user table.So this is how you aregoing to configure the Ou definitions.Ou definition is nothingbut organisational unit definition.One for each class, one forusers and another for groups.And then we have the data source.In this data source we are going to configurethis LDAP server and we are going to linkthis LDAP server and the transform map.Once we get the data from theactive directory, how should it transform? What field should be mapped to what field? Like in Active Directory, we are getting the group name, we are getting the group manager name, and we are getting the group description. How should we map it? We will discuss data sources and transform apps in further classes with our fields, our group table fields that are defined in the transform map.Once we are integrated with the active directory, then the data source comes into play.And once the data from the active directory comes to the service now, the data source and transform map will get run, and then the entire data will be transformed to the user and groups table.

At many points, we'll be in a situation where we might need to check whether our functionality is working fine or not for other users. In that case, what we usually do is login with the other user's credentials. As an admin, we need to sign off or log out from our system and then sign in with other users' credentials. But in service now, there is a feature called impersonation. This impersonation feature actually helps us when checking or logging in as a different user. Simply put, impersonating a user As we can see right now, systemadministrator is shown over here, which means the current user is the system administrator. If I click on it, we have an option called impersonate user. This option enables us to select any of the users existing in the current system. Assume I want to check or log in as Joey, an employee who is also an end user in the current system. Usually what should happen is what should actually Ido is I should log out as an adminand log in with the credentials of joey employee. Instead, I can directly click on the user with this impersonation feature. What it does is it logs in as joey employee. Now we can see that "Joey Employee" has been displayed over here, which means the current user is Joey Employee. As you can see, this person's end user is able to see only three applications, which are self-service, password reset, and collaboration. He doesn't have access to other application windows. When we logged in as the admin, we were able to see lots of application menus because that particular person or that particular user has roles to access those application menus. But this guy doesn't have those roles, because of which he is not able to see the application menus. We can also create incidents, and whatever incident is created will be opened by this guy. Let's say if I'm going to create an incident, what happens is that you can see that the caller is Joey, an employee. So it's not admin; I'm actually an admin but impersonated an end user, who is this Joey employee. If I create any incident, if I update any ticket, or whatever I do, the system will treat me as Joe's employee only, not the system administrator. In the same way, I can also impersonate any user in the system. It could be ITL; it could be some other admin. I just need to search for the user over here, and when I get the proper person, let's say first of all, let me impersonate the admin back. Now if I try to impersonate someone, let's say I want to impersonate my tutor. Yes, I did find him. Now I have logged in as an Apple tutor. So this is how we can impersonate users and verify whether proper access is provided to that person or not, or whether certain functionalities are working for this particular user. user or not. This is major. used for testing purposes.

@lebo_OCS, examcollection is the most trusted source of the updated and verified dumps for CSA exam! i sat for the exam last month and all the questions i encountered were a duplicate of those i had found in these files.

hello guys… i’m now studying for my second attempt… don’t make my mistake! have a look at the CSA questions and answers before the first try. i confirm that you’re likely to come across some questions that are similar to those tested in the actual exam.

if you have the most recent and verified CSA exam dumps please share them here with us…. i am preparing to take the test next month and i need to get the most updated materials!

@maryann549, the CSA braindumps provided here will help you prepare for different types of questions you’re likely to find in the real exam….so, before sitting for the actual exam, i had already familiarized with all sorts of questions and i was able to answer them comfortably.

@maryann549, everything you need to pass the exam is provided here at examcollection website. the vce files for CSA exam cover all the concepts in a detailed manner and contain latest information for the exam. they helped me to excel and earn one of the most sought-after IT certifications! study the course thoroughly and practice for test using these files and you’ll have a guaranteed chance of success!

hi guys….i passed this exam after training with these practice questions and answers for CSA exam provided in this platform...they’ve helped me excel. everything in the actual test was familiar to me and thus answering the questions was very easy. i recommend them! You won’t regret!

hi guys! i have CSA exam on April 25 but i do not know how to go about it…. whoever has cleared it successfully please tell me whether the ServiceNow CSA vce files available here can aid me towards victory in the test?? you can as well provide me with more tips to pass this exam…. 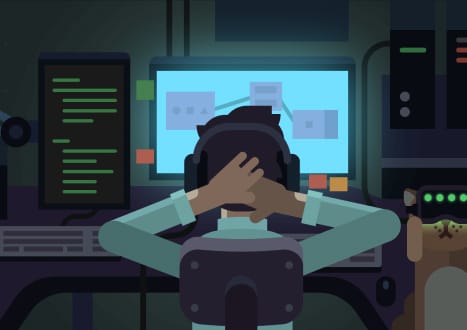