CAD Bundle gives you unlimited access to "CAD" files. However, this does not replace the need for a .vce exam simulator. To download VCE exam simulator click here 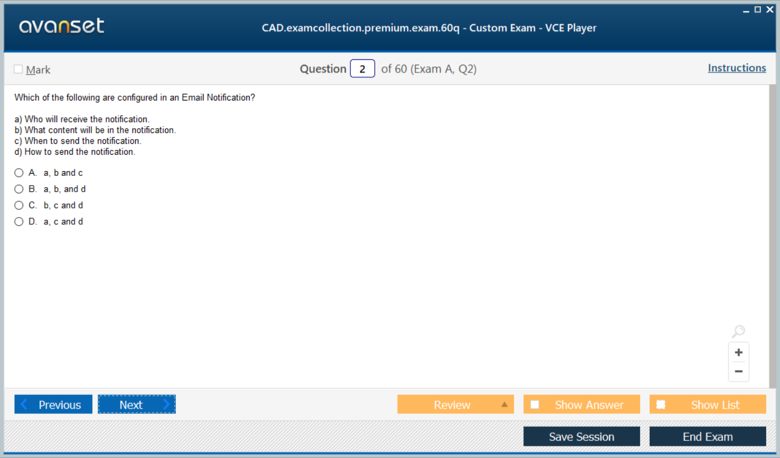 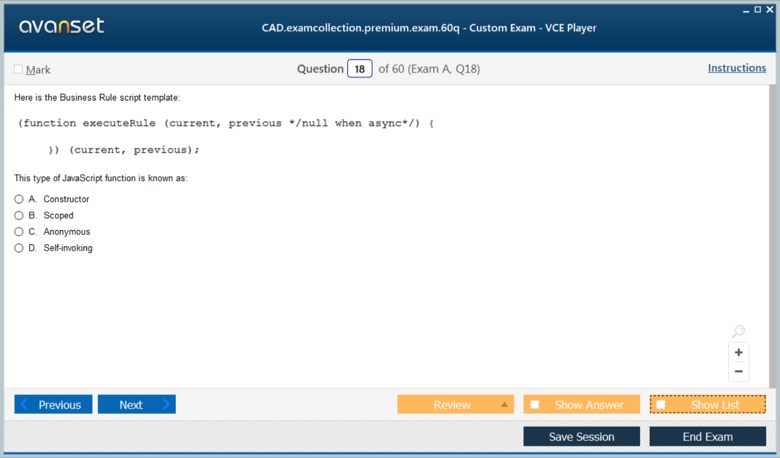 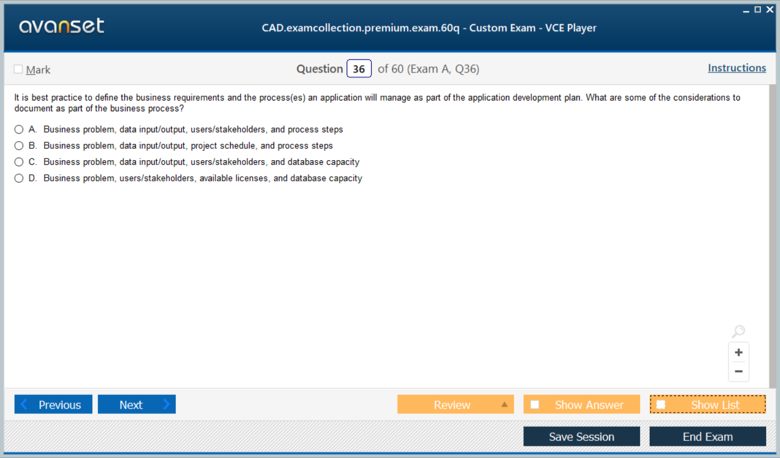 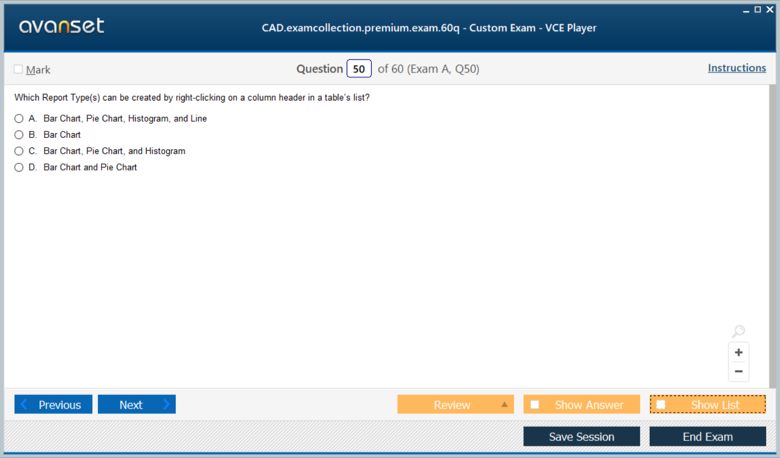 Hello and welcome back. In this section, we'll cover client scripts within ServiceNow. The ServiceNow documentation states client scripts run on the client's web browser. You can use client scripts to define custom behaviours that run when events occur, such as when a form is loaded or submitted or a cell changes value. As previously stated, client scripts are JavaScript programmes that run on the client side. The majority of the time, you use client scripts on the form view. So when you're within an actual record on the form view, you might use client scripts for when a specific value changes. You'd like to manipulate another field. Client scripts are triggered by field changes, page loads, form submissions, and sell edits. So if you're within the list view, you can fire client scripts when specific cells change as well. Client scripts are shipped to the browser. So you'll write your client script within ServiceNow, and then when a specific form loads that has that client script, it'll get shipped to the browser. And if it's triggered by when a field changes, it will sit in your browser's memory until that event occurs, and then it'll run. This is an important distinction because an additional request in response to the server does not need to happen. The client script is shipped to the browser when the initial page is loaded. So the script logic runs almost in real time, unless, of course, it contains additional calls to the server. All right, now let's take a look at the form view. So, some of the most important fields are in the table, which specifies when we would like this to run. So this runs on incidents of the UI type, which specifies if we would like this to run on desktop or mobile or even both, which is generally best practice, especially because the UI type must be both or mobile in order for this to run within the service portal. Then we have a type field, which is where we specify if we want this to run on change. So when a field changes on load, on submission, et cetera, we have the field name field that shows up only when the type is on change. So you can read this as "when the field name caller changes." We would like to run the script. And finally, the script field down below is where we'll place the actual JavaScript that runs within the browser. It's important to note that we do, in fact, have access to jQuery in this script since this is running on the browser. But it's not always recommended to manipulate the Dom directly with Jquery. It's best practise to instead use ServiceNow's APIs when available. Later on in the course, we'll discuss those APIs. Right now, let's take a look at a few use cases. So, the first use case is that we would like to highlight the colour field if the user is a VIP. So a lot of times we place a special icon next to the colour field, or we might want to highlight it in yellow or some other colour only if that colour is in fact a VIP. A second use case is to run the conflict checker for change management. So when we're inserting a new change, there are certain triggers that will run the conflict checker automatically and check for Blackout, Windows, and other changes that are happening on that specific CI. Right now, let's take a look at client scripts within ServiceNow. So, to start with, we'll go back to the incident table. So we'll do Incident List, and we'll click the hamburger menu and click Configure. This time we'll click client scripts. So here are all the clientscripts associated with the Incident Table. So, for the purposes of this video, we'll actually go into the highlights of the VIP caller client script. So if I select the UI type again, we can see Desktop, Mobile, slash, Service Portal, or all. The main difference between using desktop or mobile, a service portal, or even all of them is that within a desktop UI type, we can use some of the older, now deprecated glideform methods, which we'll get to in section six. But for new instances and going forward, it's best practise to only use the currently supported APIs. So I would highly recommend that you make all client scripts a UI type going forward. Now, for the type field, we have on SellEdit, on Change, on Load, and on Submit. So if we have a change selected, we have the field name, and this allows us to select any field on the Incident Table. So if that field changes, it'll trigger the execution of the script. And finally, we have the script here, so all it's doing is some logic and some CSS. So we have an image that is displayed next to the caller field if they are, in fact, a VIP. Now let's take a look at another client script. So, we'll go into onload Hello, which is a client script I use in the Glide Ajax section. But this specific client script runs on form load. For the purposes of this section, keep in mind that it's not important to focus on the scripting right now. We'll get into exactly what we're doing later on in the sections when we're discussing the APIs. For the purposes of this section, I just want to cover the different locations you can apply scripts to. So we'll definitely come back to the actual scripts that you're seeing here, and we'll discuss what's going on behind the scenes. And finally, if we type in client scripts within the application Navigator under system definition, we can click on client scripts, and this will take us to all the client scripts in the system.

Hello and welcome back. In this video, we'll take a look at UI policies. So, the ServiceNow docs state that UI policies offer an alternative to client scripts for dynamically changing information on a form. Use UI policies to define custom process flows for tasks. So, UI policies are client-side logic and probably about 99% of the time require no scripting at all. UI policies are typically used on forms to do things like set a field to read-only or mandatory, or even show or hide that field based on certain criteria. UI policies are a way to set an action on a field based on certain conditions without scripting that logic. So how is this done? Well, let's take a look at the form view. So first we have the table. So in this example, you can see that we have the Asset table here, and then you specify a condition. So there are a set of conditions under which this UI policy runs. It runs if the substate is pre-allocated, if the class is not consumable, and if the class is not a software license, then at the bottom of the form we have UI Policy Actions. And this is where we select what fields we want to set to mandatory, visible, or Read Only.So in this screenshot, we have the install status being set to read only, the assigned field set to hidden, and the location field set to read only. Finally, there is the ability to run scripts. If the Run scripts checkbox is selected, then we get script fields to execute if our conditions evaluate to true as well as if they evaluate to false. Now, let's take a look at two use cases for UI policies. The first use case sets an Incident Short Description field to be read only if the incident state is closed. In the second use case, we'd like to hide an "Incidents Resolution Notes" field if the state is open. Now let's take a look at UI policies within ServiceNow. All right, so we'll navigate to the Incidenttable, we'll click the hamburger menu and click Configure UI Policies, and we'll go into the make fields read Only on Close UI Policy. So here we can see that the condition is if the incident state is closed, then we would like to do the following under the UI Actions, and essentially we have a number of incident fields that we're setting to read-only if we go into one of these UI Policy actions. Here we have the ability to select the field name, in this case "opened," and then we have the ability to set whether we want this to be mandatory, visible, or read only.Now, let's go into the show. Close the code and notes. if closed or resolved. So here we can see that this runs if the incident state is resolved, if the incident state is closed, if the state is resolved, or if the state is closed. And how does this work exactly? Well, the UI policy actions have two records—the close code and the closed notes. And we're setting those to be mandatory as well as visible. All right, now let's look for a UI policy that has scripts. So we'll run scripts as true and search. And now, if use basic off is true, we'll go into basic off user and password, and so on when to apply. We can see that this will run if "Use basic authentication" is set to true. So under the script tab, we see that we're running one line of JavaScript on line two. Keep in mind, these scripts are client side.So let's go into one more. We'll go into the pre-allocated constraints, and we can see that in the executive true field we have four or five lines of JavaScript here.

I will take my exam CAD IN THIS MONTH 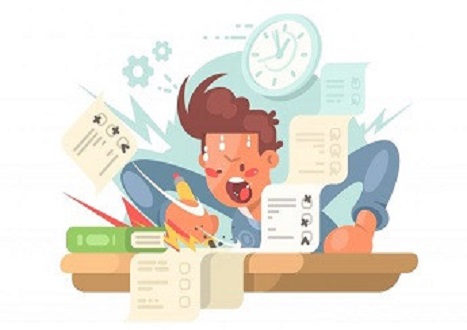