CQA Bundle gives you unlimited access to "CQA" files. However, this does not replace the need for a .vce exam simulator. To download VCE exam simulator click here 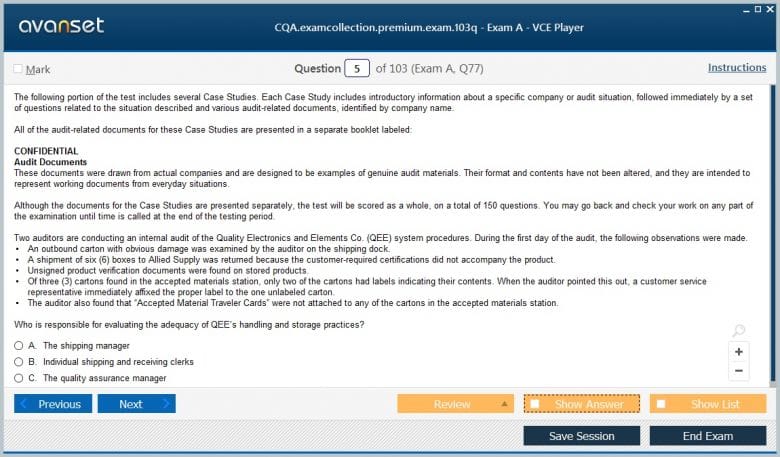 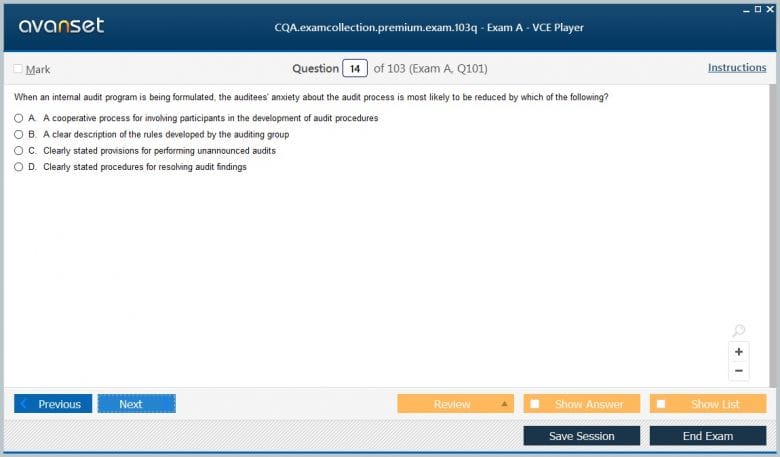 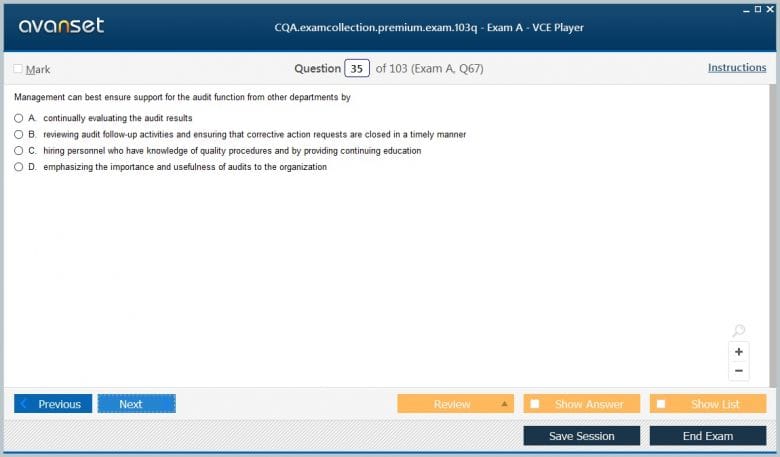 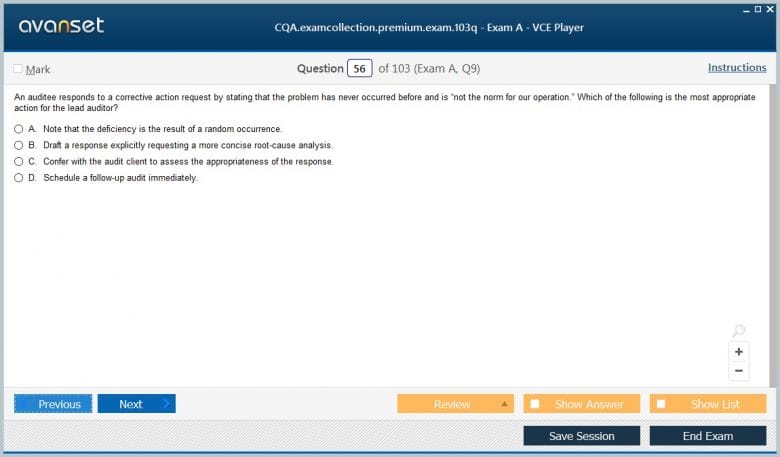 One of the CQA certified quality auditors body ofknowledge is auditing fundamentals in that so far wehave talked about types of quality audits, purpose andscope of audits, criteria to audit against. Now, the next topic that we will be discussing here is the roles and responsibilities of audit participants. Who are the parties involved in audits? In an audit, there are three important parties: the client, auditor, and audit. The client is the organisation or the person who is requesting an audit. Auditor is the person who is conducting the audit andthe audit is the organization, the whole organisation or apart of that organisation which is being audited. So the client requests the audit, the auditor does the audit, and the auditor is the one who is getting audited. Let's understand the role of these three parties, and then we will look at three more roles in the audit process. But let's start with the role of these three parties. here, starting with the role of the client in the audit. So the client is the one who initiates the audit and requires the audit to be done, and since the client requires the audit to be done, then clients need to provide the purpose and scope of the audit as well. And in addition, the client is required to provide resources for conducting the audit and receive the report from the auditor. And the client also determines who will be getting this report. Of course, client will be the one whowill be getting the report at least. However, in addition to the client, who will receive this audit report as determined by the client, So these are the roles of the client in the audit process, coming to the next party, which is the auditor. What's the role of an auditor in an audit? The auditor needs to understand the purpose, scope, and audit criteria that the client has provided to the auditor. And then the auditor plans the audit, performs the audit, collects the audit evidence through interviews, document review, and visual observations, analyses these findings, creates a report, presents the report to the client, and distributes the report as per the client's instructions. In addition to that, the role of auditor also includes following up on the actions that the auditor has found in the audit. So these are the roles of auditors. So as we go further into this course, we will understand that when we talk of an auditor, the auditor could be a single person or a team of people doing audits. So, if you have a team of auditors, one person must be designated as the team leader, also known as the lead auditor or audit team leader, when it comes to the third party, which is the audit. The auditor is the one who is being audited. So the audit organisation needs to inform all the concerned parties that an audit will be conducted so that they can provide all the support that is needed for the audit. Audit also provides resources to the audit team or to the auditor. And this support could be in terms of providinginterview room, a place to sit, and any otherneeds related to communication and clarity and support. So these resources are provided by audit, and then audit could also provide an escort. If this is a big organization, then Auditory could provide an escort that will follow or guide the audit team where to go and how to go somewhere, and we'll appraise them about any safety requirements, etc. The responsibility of auditing alsoincludes showing objective evidence. So when the auditor asks for something, the audit is obliged to provide objective evidence for that. Audit needs to cooperate with the audit process, and once the report is issued and the findings are issued, it is the responsibility of the audit to determine and initiate corrective actions. And when I say corrective action, that means removing that problem and making sure that this problem doesn't repeat again. So here we talk about three important roles: client, auditor, and auditory. In addition to that, there are three more important roles in the audit process, which are listed here. A technical expert is the person who provides specific knowledge or expertise to the audit team. The audit team might not be expert in a particular process or a particular product. In that case, they might have a technical expert as a part of their team. The next important role here is the role of an observer. An observer is a person who accompanies the audit team but does not act as an auditor. So the role of the observer is just to observe the audit process and not interfere with the audit process.The next role here is the role of a guide. A guide is a person appointed by the auditing department to assist the audit team. The guide could help take the audit team from oneplace to another place in the organization, if the organizationis big, or any other support which the audit auditteam requires, that is provided by the guide. So these are six key roles in an audit process.

So, in this section, I've listed four major legal consequences that could occur in the event of an audit. The first one is that the auditor has failed to exercise due diligence and failed to identify critical issues. This is well understood: an audit is a sampling process. In the sampling process, you might come across something right or wrong, or you might miss that. This is well understood. Let's say that if there are a number of defectives in the production, the sample that you picked might be okay. And based on that, you might have made an assumption that everything is fine because the sample you picked was fine. So as long as you have taken due care to randomly select a sample, but the sample was okay, then this is fine because you could not find a potential problem. But if you totally exhort, you did not take any care about the selection of the samples. In that case, if there was a big problem, then there could be legal consequences because you did not use your due diligence and did not use your professional care when conducting the audit. The next potential legal consequence could be that an auditor knowingly issues a wrong report, and that could lead to legal consequences where certain facts were knowingly ignored or omitted. The auditor may have used the information gathered as part of the audit for financial gain as the next possible outcome. So as an auditor, you might have come across a problem where you would have seen that this company would have a lot of problems in the days to come. And if you use that information in the stock exchange to make a financial gain based on that, you may be engaging in an illegal act as an auditor, with legal ramifications. Another potential legal consequence is when, as an auditor, the person violates the confidentiality agreement. So when you audit, you have access to a lot of confidential information. And when you violate that confidentiality agreement by leaking this information or by sharing this information with a competitor or in whatever other way, then there could be legal consequences because of that as well. 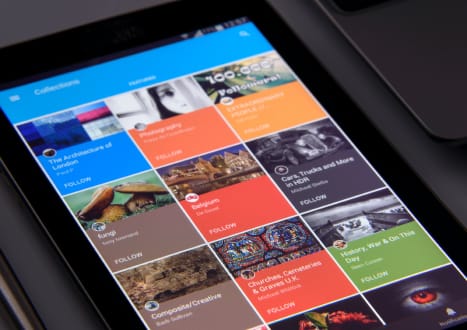