CTFL Bundle gives you unlimited access to "CTFL" files. However, this does not replace the need for a .vce exam simulator. To download VCE exam simulator click here 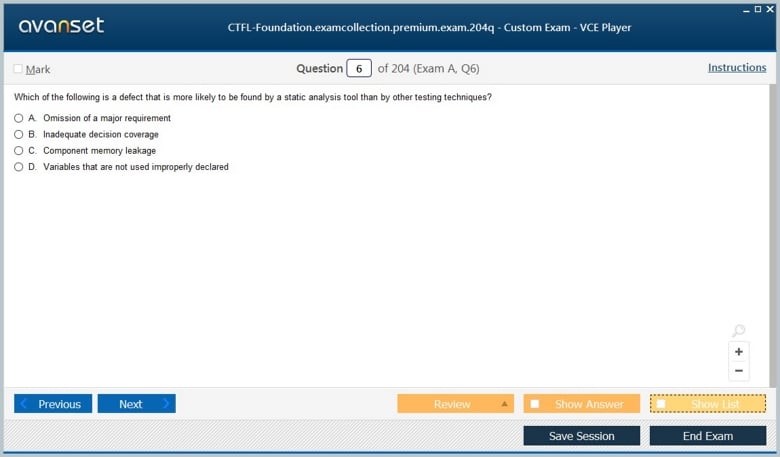 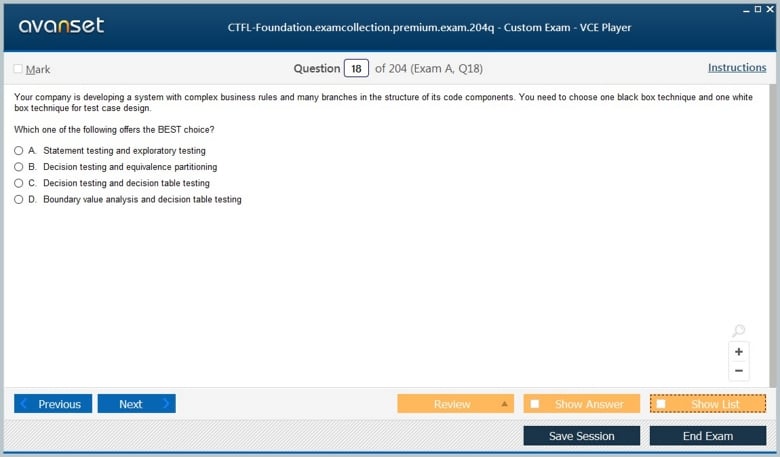 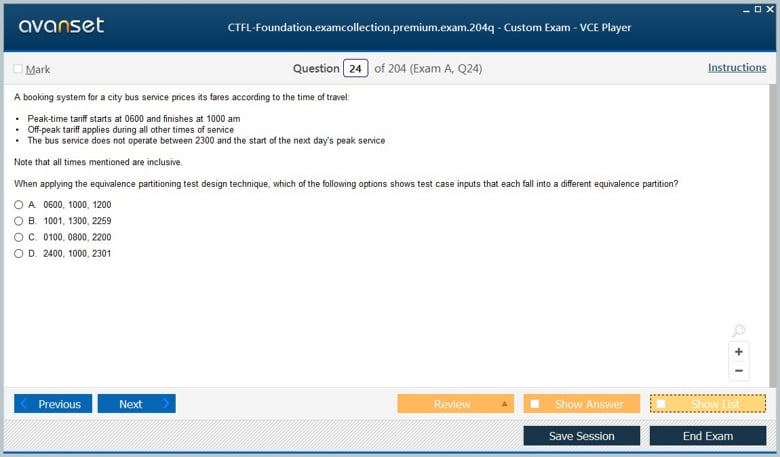 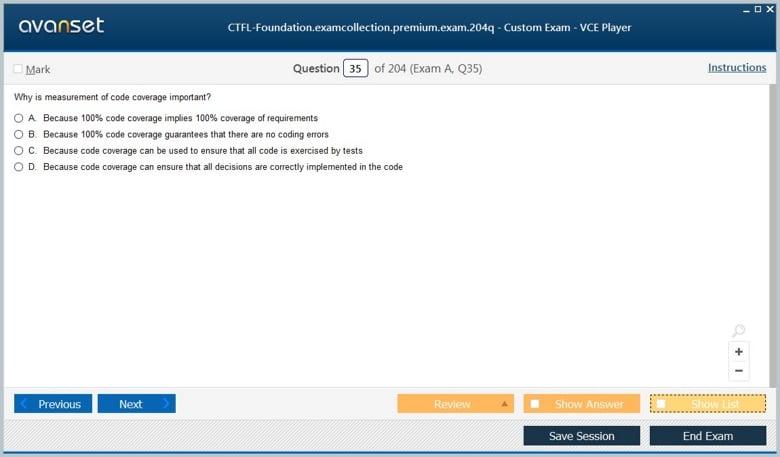 If a financial system has a miscalculation in one of its features, we call that a functional defect, which is of course unacceptable. Some systems might not have obvious functionality problems but still be unusable. Consider a system that is slow or a system that cannot accept more than 1000 users at a specific time. This is still unacceptable. We call those kinds of problems non-functional defects. One role of testing is to ensure that thekey functional and non functional requirements are examined beforethe system is released for operation and any defectsare reported to the development team to fix. We use testing to help us measure the quality of the software in terms of the number of defects found from the tests run and the systems covered. by the tests saying that, do you think that testing increases the quality of the software? The answer is no. Testing cannot directly remove defects, but it just reboots them. Hence, testing cannot directly enhance quality. Testing can give confidence in the quality of the software if it finds few or no defects. A properly designed test that passes reduces the overall level of risk in our system. By reporting defects, it makes the removal possible, and the quality of the software increases when those defects are fixed. Lessons should be learned from previous projects. By understanding the root causes of defects found in other projects, bosses can be bribed, which in turn should prevent those defects from recurring and therefore improve the quality of the mutual systems. This is an aspect of quality assurance. Therefore, testing is one component in the overall quality assurance activity that seeks to ensure that systems enter service without defects that can lead to serious failures. So why is testing necessary? It is possible that it will return a false yes due to software. How do I learn about the quality of the software? Yes. to fill the time between delivery and the release date? I don't think so. To prove that the software has no false positives? Well, we can never prove that the software has no errors. So the answer is no because testing is included in the budget plan? No, because failures can be very expensive? Sure. Yes, to avoid being sued by customers? Yes. to stay in business? Sure. Thank you.

So we have learned why software testing is necessary. So what exactly is software testing? Different viewpoints in testing take different objectives into account. For example, testing while developing the software. The main objective may be to cause as many failures as possible so that defects in the software are identified and can be fixed while delivering the software for acceptance. The main objective may be to confirm that the system works as expected and to gain confidence that it has met the requirements. In some cases, the main objective of testing may be to assess the quality of the software with no intention of finding or fixing defects and to give information to stakeholders so they can make decisions about this information. Some other testing activities are there to prevent bugs from being introduced to the software. This is very important to understand the real objectives of testing activities. Testing the software for the purpose of finding a fix might be completely different from testing the same software to gain confidence about the level of quality. Any activity that will help achieve the testing objective is considered a testing activity. Static testing and dynamic testing We already knew that failures often begin with a human error, namely an error in a document such as a specification. We need to test these documents because it's much cheaperto fix those mistakes now than wait and try tofix them when they became defects or failures. Aesthetic testing is the term used for testing where the code is not exercised. That's why testing should start as early as possible. Static testing involves techniques such as reviews of documents, for example, requirements, design documents, and the source code, which can be effective in preventing the effects from being introduced into the code by removing ambiguities and errors from the specification documents. This topic is covered in detail in another section. On the other hand, dynamic testing is the kind that executes the programme under test with some test data. The discipline of software testing encompasses both static and dynamic testing. Notice again that both static testing and dynamic testing can be done by anyone in the software lifecycle, including developers, customers, and system testers. Both dynamic testing and static testing can be used as a means for achieving similar objectives and will provide information that can be used to improve both the system being tested and the development and testing processes. testing and debugging Some might confuse testing with debugging. Testing is a systematic exploration of acomponent or system with the main aimof finding and rebooting defects. Testing doesn't include corrections of those defects; these are passed on to the developers to correct. Debugging is the development activity that analyses and removes the cause of the failure. Subsequent retesting by a tester ensures that the fix does indeed resolve the failure. Testing does, however, ensure that changes and corrections are checked for their effect on other parts of the component or system. The responsibility for each of those activities is usually the tester's. tests, and developers debug. The final challenge is to ensure that the testing we do is effective. A good test is one that detects any defects that may exist. A test that finds no defects has consumed resources but added no value. Well, maybe just increase the confidence in the software. A test that finds a defect has created an opportunity to improve the quality of the product. How do we design tests that find effects? We should first increase the effectiveness of the test, and that's by using proven test design techniques, as we will describe in a later section of this course. Second, we should increase the efficiency of those tests, meaning we can find the defects with the least effort, time, cost, and resources.

Testing software is not a random blame game with the software until we find a bug, but rather it supports us to ensure we achieve the most effective and efficient testing. Before test execution, there is some preparatory work to do. We are deciding what we are trying to achieve with the testing and setting clear objectives. Then we design the tests and set them up. During test execution, there is some work needed to record the results and check whether the tests are complete. A test designed to ensure that a programme follows a specification, for example, will be quite different from another. To find as many defects as possible, we define a test process to ensure that we don't miss critical steps and that we do things in the right order. Test activities exist before and after test execution. The fundamental test process consists of the following activities: planning and control, analysis and design, implementation and execution, evaluating execution criteria, and reporting test disclosure activities. Exam questions in this topic are merely either asking about the order of the activities in the test process or providing you with a testing task and asking during which testing activity this task takes place. So keep good notes about what tasks happen during which activity. Let's look at each one of those activities in detail.

first activity planning and control test. The activity of planning is the activity of defining the objectives of testing and defining the specification of test activities in order to meet the objectives and mission. This control is the ongoing activity of comparing actual progress against the plan and rebooting the status, including deviations from the plan and taking necessary action to stay on track or adjusting blends to meet the targets. Therefore, we need to undertake post-planning and control activities throughout the testing activities. We will talk more about test planning and control in the test management section, but for now we need to know what to test, who will do the testing, how they will do the testing, for how long, and define the test completion criteria, which is called the exit criteria, which we will talk about later. This is when we will stop testing to raise our report with stakeholders to decide if testing was enough or not. 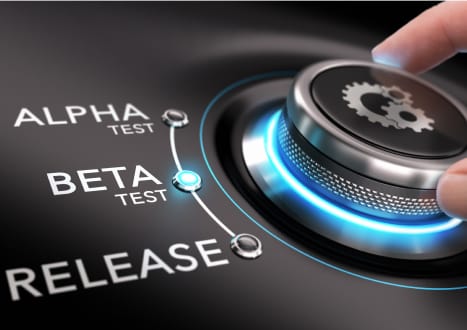