Wireless attacks and its types 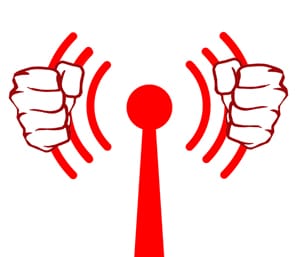 Wireless attacks have become a very common security issue when it comes to networks. This is because such attacks can really get a lot of information that is being sent across a network and use it to commit some crimes in other networks. Every wireless network is very vulnerable to such kinds of attacks and it is therefore very important that all the necessary security measures are taken so as to prevent the mess that can be caused by such attacks. These attacks are normally carried out to target information that is being shared through the networks. It is therefore very important to know of such attacks so that one is in a position to identify it in case it happens. Some of the common network attacks have been outlined below.

One is due to the fact that it can be very easy to plug in a wireless access point in it. If one is not doing any type of network access control protocols on one's network, it becomes very easy for additional workstations and access points to be added onto one's network.

This can be combated by having some network access controls in place or occasionally have some walks around one's building and see if one can come across access points that one have no idea of. One can use some special tools that one can obtain from the internet that will enable one to see all that is happening in one's wireless network.

One might also consider using the 802.1X Network Control Access so that people authenticate to the network every time they plug in a device either in a wireless or wired network. This will not necessarily prevent people from plugging in an access point but it will require the people connecting to that access point authenticate through the methods one have set in place.

Wireless interference basically means disruption of one's network. This is a very big challenge especially owing to the fact that wireless signals will always get disrupted. Such interference can be created by a Bluetooth headset, a microwave oven and a cordless phone. This makes transmission and receiving of wireless signals very difficult.

Wireless interference can also be caused by causing service degradation so as to make sure that one denies complete access to a particular service. Jamming can also be used in conjunction with an evil twin.

Combating interference should be one's primary goal in case in happens. One way can be through the use of a spectrum analyser so as to narrow down to what could be causing the jamming problem. One can use simple software to examine one's traffic. However, using some of the spectrum analysers might not be so much easy and therefore some training is required.

One can also consider boosting the power of existing access points so that if a different device is causing the interference, then it will be overpowered. One can also try using different frequencies. If the bad guys are creating interference by selecting a narrow band of frequencies to take one's signals down, one can channel one's signals to operate at different frequencies. One can also decide to hunt down where the offending signal is coming from so as to get it out of the network and allow one's network traffic to communicate normally.

One way through which one can protect one's self from an evil twin is through encryption of one's data. Through this, people who have set up the evil twin cannot read one's information even if they capture it.

War driving is a way that bad guys use so as to find access points wherever they can be. With the availability of free Wi-Fi connection and other GPS functionalities, they can drive around and obtain a very huge amount of information over a very short period of time. One can also use some special type of software to view all the different access points around one. With this information, an individual is in a position to come up with a very large database which he or she can use to determine where he or she can gain access to a wireless signal. 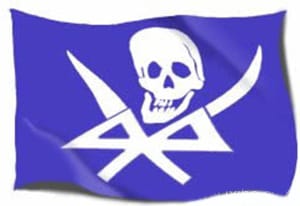 Blue jacking is a kind of illegal activity that is similar to hacking where one can be able to send unsolicited messages to another device via Bluetooth. This is considered spam for Bluetooth and one might end up seeing some pop-up messages on one's screen. Bluejacking is possible where a Bluetooth network is present and it is limited to a distance of ten metres which is the distance a Bluetooth device can send a file to another device. It rarely depends on antennae. Bluejacking works on the basis that it takes advantage of what is convenient for us on our mobile devices and the convenience is being able to communicate and send things back and forth between devices. With this, one can easily send messages to other bluetooth devices since no authentication is required. Some third party software can also be used to carry out Bluejacking.

This is an act that creates some very serious security issues since an individual can steal a file from one if he or she knows it.

An IV attack is also known as an Initialization Vector attack. This is a kind of wireless network attack that can be quite a threat to one's network. This is because it causes some modification on the Initialization Vector of a wireless packet that is encrypted during transmission. After such an attack, the attacker can obtain much information about the plaintext of a single packet and generate another encryption key which he or she can use to decrypt other packets using the same Initialization Vector. With that kind of decryption key, attackers can use it to come up with a decryption table which they and use to decrypt every packet being sent across the network.

Packet capturing and sniffing is a very big challenge when it comes to wireless networks. In this case, an individual is in a position of capturing a packet that one are sending across a network and see the kind of information that one are sending to a particular individual. Packet sniffing is possible due to the fact that most of the information that we send is clear and does not have any encryptions in it. This makes it very easy for an individual to read its contents. With capturing of information being sent across a network very easy, it becomes incredibly easy to hear or see everything that is going through the network.

In this case, it therefore becomes very important that one take all the necessary measures to ensure that data that one is sending across a network is encrypted. One can decide to use WPA2 or WPA to encrypt one's data. With such encryption types, it becomes very difficult for packet sniffers to obtain the decryption keys and read the information in the packets.

Near field communication is a kind of wireless communication between devices like smart phones where people are able to send information to near filed communication compatible devices without the need to bring the devices in contact. This allows one device to collect information from another device that is in close range.

Replay attacks are some form of network attacks where an individual spies on information being sent between a sender and a receiver. The individual can also spy on conversations between the two people. Once the individual has spied on the information, he or she can intercept it and retransmit it again thus leading to some delay in the data transmission. In such kind of an attack, a network attacker can use this kind of information to fool around with the computer so as to gain access to it without detection. In addition, an attacker is in a position to get information such as an encryption key which he or she can later use in the replay attack to prove his identity and authentication.

WEP attacks are very common wireless network security problems that normally result due to the general weakness of the WEP encryption methods and systems. This is considered a very poor way to encrypt one's data and in some other cases, one's access point may not allow for the use of WEP as a method of encryption. If one see a legacy wireless access point that is encrypted with WEP, one should try as much as possible not to trust it owing to the fact that it is a very weak way of encryption. Access points encrypted with such methods become very vulnerable to WEP attacks from the bad guys who want to acquire access to a particular access point.

WPS attacks are some other wireless network attacks that can be very dangerous. With the major flaws present in the protection of wireless networks an individual with a WPS password guessing tool is in a position to launch such an attack on a particular network. With the password guessing tool, an attacker is in a position to retrieve the wireless network passwords and use the password to gain access to data and information that is on one's network. To avoid being a victim of such an attack, it is very important to make sure that one's WPS protocols are strong so as to prevent an individual from retrieving one's password information.

As a matter of fact, network attacks are network threats that we cannot avoid if we are working on wireless networks or using them. This is because all wireless networks normally have vulnerabilities and loopholes that make it very easy for the bad guys to carry out their network attacks. It is therefore important that we are conversant with the ways of identifying and preventing such attacks.