Tools and techniques to discover security threats and vulnerabilities 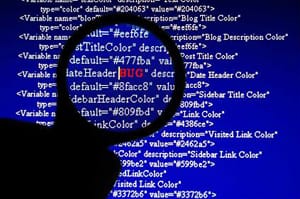 There are many techniques through which can safe himself. It is not necessary that one has to wait till the attack happens, he can already takes some measures and can check if those attacks can happen in the future or not. They can be done by some tools which can attest and can estimate the extent to which a computer is open for attacks. Here are some ways through which one can help himself in this regard;

The first important thing about the tools is the interpretation. One must be able to interpret the results which are generated through these tools so he can use them in the future too for the betterment.

There are the tools which can be sued to ensure that the system would stay safe in the computer and if these tools indicate that there is going to some problem in the future, then one should surely consider changing the structure and making the defences become more effective since the data safe should be the first priority of any person. Here are the tools which can be utilized to manage and analyse the performance of the system;

Protocol analyser: this is the tool which can be the both hardware and the software. It is used for capturing the traffic and it can even analyse the signals and hence the whole traffic can be checked over some communication channel. These channels can vary in nature like they can be from someplace like the computers bus to some link of satellite. It can provide some means of the communication through the standard protocol of communication. Each of these types of the protocols has some various tools which can be used for the collection of the signals and the data.

Vulnerability scanner: it is always important to one for check out with the defensive techniques of the computer and check whether they are good enough or not. There is the volnerability scanner, this software can be utilized for checking out whether the program is designed to attack the computer or not. It can access the computer system, the applications and the network and hence can tell whether a computer is weak enough to get attacked or not and how much there are chances that it would be infected. This can also be run as the part of some vulnerability management by the things which are tasked with the protection of system. Also, they can be used by some of the red hats and black hats to get some access to the unauthorized data.

Honeypots: The computer has a different usage for the term honey pot. Is basically some trap which has been set for detecting or deflect some attempts which are done in order to get access to the computer system and the unauthorized usage of the information system. Normally, a honey pot is consisted of some data of computer. Or it might also contain some network website which can become some part of that network easily. But normally, it is monitored and is isolated. Hence it seems to contain some information and the sources of value to the hackers. This thing is much more similar to the baiting which is set by the police for some criminal. Then that bait is conducted through some surveillance which is under cover.

Honey nets: honey net is actually software which is open net. It is developed by many people who want to help other for checking out their security systems and how easily their computers are to be attacked by some attackers and the hackers. There are some high interaction based honey pots too. These are the solutions which do not actually emulate. In fact, they are like OS which function full fledge those system and the application can be found easily in many homes now so one can also bring that thing in their computer and get them protected by some malicious attacks which can comprise their data security.

Port scanner: The port scanner is basically a software application which is designed for the probe of the host or server against the open ports. This thing is mostly used by many administrators to help them verify the policies of security related to the networks they have and by some hackers as well, so that know can identify some services which are being run with even some view. The port scan is known as the attack which is sent to the client. It requests the ranges of the server ports addresses which are there on some host. This is done with some goal setting of finding out a port and then checking out for some vulnerability which is known for those services. Many of the major people who use that don't do it for the intention of attacking. The just do it so that they can determine some services which are there on some machine which is controlled remotely. There can be so many hosts which are there for some specific ports. Some of them are utilized when it comes to the searching for some specific services like the computer which is SQL based might be looking there for the host which are listed on the port 1433 of TCP.

Passive vs. active tools: There are two types of the tools and they are active and passive. Active tools are that when an attack happens they detect them and take some actions immediately so the computer says protected and the passive tools are opposite. Open the detection, they don't really take any action and they just stay there and send warning to the users so he can take some action.

Banner grabbing: When it comes to some computer network, this thing is the technique which is used for getting some information which is related to some computer system on a specific network. These services are run there to get the ports opened. There are the admins which can sue this thing to take the inventory of that system and the services which are available on those networks. But, the intruder can make usage of those banner grabbing's so that he can find some network hosts which are running some various versions of the operations system and some application with some known exploits.

The assessments can be done in some various ways. Like one can know that what are the risks and the threats which are associated to some software downloading and usage and to which extend they are more likely to make some damages. Here are the assessment types which are commonly used;

Risk: Whenever there is something risky, it means that there is a probability involved that it might or might not affect the system. The risk is typically conceived as less risky than the threat. Since in the case of risk, it might happen that some miracle can save the system and the data is destroyed.

Threat: Threat is something bad. It is something concrete and it means something is surely going to happen and it doesn't involve any of the probability that there would be some chances of occurrence. The threat is more dangerous so one should stay away from the things which can expose some threats.

Vulnerability: This term means that how prone the system is to the attacks. It actually defines the defensive system of a system. If a system has got some strong defences then it would be easy for it to take care of it and if the system is bad, then there can be many threats which would be posed by the system and hence it will surely get infected.

Baseline reporting: This is basically a measurement for the very basic level. It is the process of managing change as well. This is, that when some problem happens, it does t just happens rapidly it first hits some baseline. When it does, that activity should be reported first so that one can already get alert that some problem is going on and those issues need to be addressed properly.

Code review: this is the systematic examination and is often known as the reviewing as well. This is basically the examination of the sources codes which are in the computer. It is specially designed to find the mistakes and get them fixed by overlooking them into some initial development time. Hence it can help the developer improving his skills by also improving the quality of that software. These reviews are carries out in some different forms like the informal walkthroughs, the inspections, pair programming's etc. these codes can often be found and can be removed the various vulnerabilities. These can be the race conditions, the buffer overflows, memory leaks etc. hence the security of the software is improvised overall and one can be ensured that the system which is sued, is secured.

Determine attack surface: This is the tool which has even created by one for analysing the changes which have been made for attacking the surface which is in the OS. They are designed for the OS which are the windows Vista and beyond. This tool is very important one and hence is also recommended by the Microsoft itself. This recommendation is done at the stage where the verification takes place. This is the one of tools which can also analysis that changes which has been made to the windows 6 series OD. So in those tools, one can easily analyse what is changed and where it has happened. That change can happen in the server, assemblies, and registry and file permissions, etc. the Microsoft also claim that this is the same tool which is being used by the engineers at the office to test the effectiveness and the effects of the software which is installed on the OS.

Review architecture: Another important thing that many people over look many times is the architecture's review as well. The way the software is designed can tell a lot about the software and the performance. Software which is built upon some strong bases would stay for long since it would have more power to stay sharp and can defend the system very well. So the architecture should be reviewed as well so that one can ensure the safety of system.

Hence, there are many ways which can be sued by the people so that they can know there is nothing wrong that is going to happen in the future. Also, they can be assuring of the fact that he can make some measure sin advanced so he knows that he can stay safe. Also, while buying a system or establishing a connection, then too one can check the defensive technique of the computer through them so he can make some good purchase decisions.