Security implications of integrating systems and data with third parties

When someone is about to apply some integrated systems and going to have some data sharing with someone who is not in the business for long, and is counted as the third party, then he must take some precautions. The reason of this is that the third party may not be able to be trusted well or they might not be able to understand the mechanism and the working in the organizations and hence they might mess up with some details. Also, the security of the data that is being shared might be some problem so always some agreements are signed through which this risk is avoided. Here is some important information that one would be aware of; 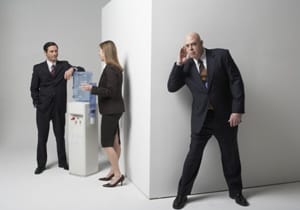 When one have the business partners which are on board, it means that there are the hires which are done within the organization. Hence one can provide some good opportunities to get them engaged in the operations at their full levees and then can make them feel at home by welcoming them. The process of making such partners can also require one to have some signatures and the paper works which can be necessary. Also, one should make sure they understand about the culture and the environment of the organization as well. This can be something pretty big job. The reason is that when someone gets the hires, he might not be able to explain all details to them or the hires might not be able to fulfil the work requirement and may fall out in the fast moving pace of the business. Also, the employees are the face of the organization, so it should be ensured that they are protected well and their rights are safeguard. Also, if the company is involved in some construction industry, specially, then the security hazards should be removed and the on board partners should be informed about them so that they can take some precautions and hence can keep themselves away from such hazards. When someone outsources the people for the business, they must contain something aligned. Like, they should develop some customized and process which are documented so that it can help fitting the environment.

Also, there should some HR professionals which should be hired so that a good welcome can be given to the people and hence it can follow them throughout their career. Another important thing is about managing the local, federal and some state's required paperwork which can help the contract to be placed in black and white hence the security of the job and the work is provided to both the parties. There should be reviewing of the Jon descriptions and the handbooks as well so that one can get a know how to how things are done in the organization. For the off boarding, it means that there are some of the unfortunate facts which are related to the employees and the partners which keep coming and going back. It might be good for the organization sometimes, but mostly, it is not a good thing for them. It doesn't matter that why the partners are leaving the organization, but the tasks and the contracts which they have signed, must be completed in time so the good reputation can be maintained. So, company should maintain some privacy and should make every partner sign the confidentiality contract before they can enter into some other contract. Hence it can reduce the chances that the partner, who goes off board after sometime, would leak the data to some other company in the future.

The social media sites actually act like the online community not only for the individuals but the companies as well. Many of the companies can get connected to each other through this platform as well. There might be the difference in the website, but many of these allow the organizations and the members to make some interaction with each other who share some common interests. Many of these websites are the web based and hence they can help one providing some good collection of the user's interaction. The company members can interact in various ways like by sharing some videos, by chat etc. Also, this has become very popular among the employees and the new hired people. But these sites require someone and encourage them to provide others with some personal information as well. So, when an employee is deciding that how he should be sharing the information and what would be the amount of information to be shared, then people might not be able to exercise the target they have and they might share some more information. While being friends, the competitor's employees can also spy on the employees activities and can get them tell the strategies they are going to implement for the smooth running of business, like the launch of new product, the marketing strategy etc. to get away with this, there is simple thing that one can do. He should not type in the profile page about his business dealings; he shouldn't even write anything in the instant message or discuss the business matters there with some colleague. The reason is that if his profile is hacked, he won't be able to retrieve back the data and the hacker would be able to read all information. If one has shared some information already, then he can simply delete that message permanently. One should not post anything which can lead others to know about one's job type, post, salary, daily routines, addresses, family or the business information. These are the things which one can use against the other person. The one should post only that information which he is comfortable with and know that can post without anyone else seeing them. This information includes some profile and the blogs pages. Also, when someone puts that information, he simply can't just retract it so one should do it wisely.

It refers to the ability of creating system and various organizations work together in a good way. Here, there are some terms which are first defined for the system enginnering or the information technology services for allowing them for the exchange of information. It is considered as a broader definition which takes into account the social, organizations and the political factors which can affect the performance of the system. Also, the tasks for building up the services which are coherent, for the users while there are some individual components which are different in technology and are managed be some various organizations. So, one should ensure that he is also establishing some interoperability agreements before getting into some contracts since they can help one a lot with their problems of the information security and the data exchange.

SLA: Here are the agreements which are known as the service level agreements. Such agreement is basically the part of some service contact and here the service is defined formally. In the practice, this term is often used for referring to some contradicted time of delivery. This agreement is basically a contract among two parties. The one party is the customer while the other one is service provider itself. One must make such contract while binding himself into some legal consideration since it is an important contract.

BPA: this method is pretty simplified one and is used by many of the government agencies, mainly. It is an acquisition method. Here the agencies fill out some anticipated needs of supplied and the services. Basically, the BPAs are just like the charge accounts which are set up with some trusted suppliers. The vendors and the agencies are like the BPAs. The reason is that they help one trimming red tape which is associated to the repetitive purchase. Hence the repeat purchasing becomes easier for both of the parties.

MOU: It stands for the memorandum of understanding. It is basically some legal document which has the terms outlined and there are some details of the agreement which is mentioned on it. Those agreements are basically the ones set by the parties among which the MOU is being signed. The works and the responsibilities of each party are mentioned in MOU. Hence this thing helps one a lot while getting away with some amazing security of each part's role since it is written down on the legal paper and one party is bound to perform those tasks.

ISA: Interoperability security agreements are basically designed for safe guarding the rights of the parties which are signing that contract. So it is important for one to get this agreement signed as well since it can ensure that the each party would have their rights and the duties defined and this is done all through the software as well. Another important thing is that it is mainly used when the exchange of information is done among two parties.

When one is entering into some data exchange and the agreements, one should know that there are some of the privacy considerations which one should be considering in order to have their hands on some good and secured connections with other parties. Also, the terms and conditions should only be down to the interested parties and no third party should get involved in this business. Maintaining the secrecy and privacy can help a business stay away from some accusations and the frauds which can be done by some third party in case the terms and conditions and the nature of the agreement is spoken out in public.

While entering in the agreement, one must not ignore the fact that there are some risks too which can be associated. Like while signing the documents, one must make sure he is signing right paper and there are no hides terms and conditions which can endanger the business in the future.

An unauthorized data sharing can always be a headache for one since by doing this, he always stays vulnerable for some external attacks and the data can be stolen as well though the black mailing.

When data belongs to some party, that party must perform some actions to ensure that the data stays in the ownership and he can get some patients or trademark for that.

Data is normally kept in some storage and many of these devices are volatile. One might lose all the data if one mistake is done. Hence it should be backed up. Now it's up to one whether he wants to get it in some other storage device as back up or want to create the windows back up every day so that he can always have secure point he can go to if something happens to data.

All the security policies and the procedures which have been given are made for the security of the people. So users must obey those rules to get their data safe and completed.

So, one might have many options through which he can get himself secured against the data lost and theft. There are many risk out there which can affect the performance of the firm so one firm should take very possible step which it can for safe guarding it's rights and should adhere to the policies which are made only for the betterment of all the parties which are involved in the contract. Moreover, having some legal contracts can also provide some edge to the parties entering in some contract since it can enable the parties to fight for their rights with some acceptable and appropriate proof if some violation of the agreement o the act is done any time during the agreement period.