Overview of secure network administration and its principles 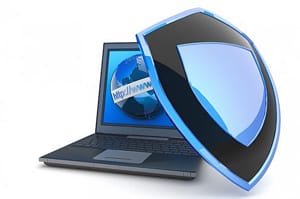 In this article, an overview of secure network administration and its principles are going to be discussed rigorously from an informative point of view. To start with one must be familiar with the notion of the fundamental words of the topic. This topic is Initiating with the very word 'network', around which the whole subject is revolving. A 'network' here means a computer network. It is telecommunication network that enables computers to commute data through data connections. To ensure the smooth trafficking of data the system has to be administered, to keep the network under control. It keeps track of resources in the network and the way they are allotted. For doing so, there are certain principles that are maintained and practiced to get the job done. Those principles are here analysed further.

A rule-based management is a system that comprises of a collection of 'if-then' statements that employs a series of defences, to which rules are made on how to work on those assertions. In the field of software development, rule-based system can be applied to design software that can take the place of human experts to render a solution to a problem. Such types of system can also be known as expert system. Rule-based systems are also practiced in AI (artificial intelligence) programmes and systems.

The Firewall helps a person getting his computer strong since it puts up some wall against the attacks so one should surely go for the firewall as he realizes that it is the single most important thing he needs to have in the computer.

The VLAN's logical interface is known as a Switched Virtual Interface, in the world of switching. While configuring a switch one will notice these interfaces remonstrated as a VLAN interface. Just as a Fast Ethernet interface, one will be able to configure these interfaces also. A VLAN interface is assigned as an IP address, bridge group, interface description and even a quality of service policy. VLAN interface allows layer 2 devices to communicate with layer 3 devices. Multi-Layer switches utilize VLAN interfaces to facilitate multi-layer routing functions on a single switch. Substantially the switch act like its own-router-on-a-stick. In a Multi-Layer switched network, many switches use VLAN interfaces as default gateways for personal computers and other host machines available on the network to communicate within other IP networks.

There are some simple steps to be followed to secure ones router configuration. Such as, one must change the default username and password in the router manufacturer web pages to avoid hacking of the account information; one must change the default SSID, a network name used by the access points and routers, while configuring wireless security of the network used; one has to enable the physical address or MAC address filtering; one has to disable the SSID broadcast feature of the network; one must not enable the option of auto-connection to open Wi-Fi networks; one must assign a static IP address to all the connected devices of the network; firewalls must be enabled in every computer connected with the router and in the router itself; the positioning of the router or the access point must be safely done keeping in mind its range of reachability; one must consider turning of the network device during long periods of offline or non-use.

It is the security service at the ports for maritime services. They are usually posted at the ports, domestic or intentional. They have to keep a watch at the coast line along the both sides of a port. In other duty they have to inspect the passengers to resist the suspect of terrorists and to save the respective nation from terrorist attacks. Not only passengers but the cargoes are also to be inspected at the coast line. This security services reduce the vulnerabilities of a nation towards terrorist attacks and thus contributes a lot to the national security. This is a vital an essential side of a nations' security, a many of the nations have a coastal border around them. Some of them at big names and they are having huge contribution in the world business.

This is a mechanism for port security. They provide the essence of e Wi-Fi or WLAN access to the coast guard system and securities and they then can get access over the entire mobile or computer web peripherals. Generally three parties get the access by his technology; the three parties are respectively a supplicant, authentication server and an authenticator. The authentication server acts as a network device and the authentic at or works as a security guard. A supplicant will not be allowed to enter the area or pass the gat, until a valid Visa I produced to the authentication severs. This technology is extensively used at the airport or the marine ports to support he security system there. This device not only helps the security system to verify a person's identity, but the exclusive device, for its nature to check a VISA card of any passenger correctly. Any alteration at the VISA, or if it is not update or it is outdate are easily detected by the device and thus is a very useful hardware for the national security to protect the nation from domestic or international threats.

Sometimes the data traffic at the security networks and checkpoints goes to such unusual high volume that it signifies some malfunctioning running at some other end. This unusual extra float of traffic is referred as flood and the technology ha is been used to control the system there is known as flood guard. There are several flood guard companies around the globe that gives the information technology support to a nation for its national security. This flood guards are generally used to track the network traffic to identify the network overflowing conditions. SYN, ping or port floods are the symbols of such overwhelming conditions at the network. By reducing the possibilities of unusual entry into the system, the DoS attacks can be reduced. Generally they attack the servers which at used extensively, be it inbound or outbound. A protection from this threat reduces the process of illegal entries of hackers in the network and thus reduces the chances of data loses of the nation. Especially the confidential data remains the target of the terrorists, and by this system a nation can be made secured from those terrorist attacks.

Loop is a network building problem basically. The switches in the port are made so complex that the same node is used again and again and thus the network forms a loop. By the loop formation the ports gets jammed and thus the server either slows down or crashes or may produce multiple strings where one string is commanded. The system may be understood from a football game. In football, when the ball is at the legs of an opponent, then, what happens, a particular set of players forms a loop to snatch the ball technically. If the number of players becomes half of the team size, then what happens? The game almost stops or results to a fire kick or a penalty shoot-out for the opponents were ultimately the ball is lost. So the game requires a proper synchronization between the players. There are two technologies to protect the loop formation in the network. The first one is a spanning tree. It works more on the VLAN basis and no on pre port basis. The other one is the Cisco. However, loop protection is not something to protect formation of loop, BT I is the process to manage the network, or manage the damages that has been cased due to a loop formation.

It is a technology to serve the security system, which one may say that the secondary security or the second phase of the security check. After the preliminary or primary check-up is over at the security check post, the suspected one are denied with access there. That re retreated out from that checkpoint only. The rest are sent forward for the secondary checkpoint. The sec dairy checkpoint is the point for making the implicit deny. The suspects out there are kept aside and the general correct things are allows passing by. After the entire process is over, then the system can be configured temporarily to allow some or all the suspects, after a manual verification of the suspects.

Not all users are given access to the main server. This security tool is used by security service to protect the nation. This is also used in almost all mostly large corporate sectors. The network is divided there for users or viewers or staff. Sometimes they are used for segmenting an international server among the national sectors, by channelizing the users into their nation wise portal. Thus the pressure over the main server is decreased by a lot and that helps in protecting the stability of the server. Some of the common segments used are based on age or location or gender or even prices or categories. The commerce sites also use this technology to maintain their server from a sudden crash or damage. The national security teams also use this technology. They use the system to bifurcate the checking based on the size of the luggage or cargo size etc.

This is an authentication tool used in networks to find out the user specific tools or usage of the server. This is extensively used for security purpose at satellite zones or telephone or mobile servers and even in forensic labs. Recently it is also been used by the national level banks and military camps. Thus is used to provide the details of any user's work in a server. Again they can be used to lock one user from using a tool or lock the operations that have been done by that particular user, so that the users cannot damage it or even get an access on it. It has been used for the military regimes to Peter the use of special weapons without the permission of the government the national security boards.

This has been a popular threat management tool in the networking service. It is a multipurpose tool to protect the system from all types of threats. Thus his has been one single device that gives protection to all the networks, and l the sectors if a network. Thus it acts as an antivirus, anti-malware, multipurpose firewall and also provides security to the VPN settings and even the APN settings also. Thus it is a helpful and solid technology to fight with hackers and keep the system clean and clear and thus is a high end technology to protect the server.

This is a short list of all the popular tools that provides security to the computer networks, servers and even the satellite services. Thus information technology has extended there are for the security of the nation from almost all external as well as internal threats. Above all, the teams that deals with these technologies are well developed and educated in the functioning ad controlling of the devices and thus they are play in the roles in the national security service. Thus article is all about the narration of all the security features and technologies they are used extensively for the national security.