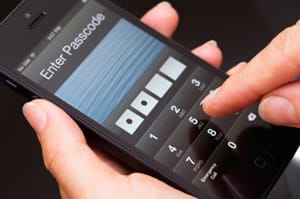 The first thing which should actually pop into one's mind should be about the security of the device itself. There are many ways which are available to one and they can be sued for establishing some good security for the mobile device.

Remote wiping: There is some other amazing technique which is introduced for the security of the mobile phones. It says that one can wipe up the data remotely if the cell phone has been stolen. This ability is especially there in the \iPhone and hence one can make sure that when the mobile phone is being theft by someone, that person doesn't get access to the data.

Lockout: Other amazing features which the mobile phones have are of being locked out. Every mobile phone has got some screen lock pattern protection. If someone who is using the mobile phone steals it up and tries to hack into it by applying some of the codes, the mobile gets locked after several attempts and then it cannot be opened again. Hence the data inside is protected once again.

Screen-locks: as mentioned before, there are the screen locks which serve as the password keepers. One can put up this lock and can be sure of the fact that his data cannot get stolen since the person accessing it would need to insert the code first. But it is not such a strong security and one should have some other secure measures as well.

GPS: The main problem which is being faced these days is the theft of the mobile phones. So, one can make sure that the \gaps is on. If that is the case, then whenever the mobile is lost one can put the tracking number at the website and can find the location of the phone easily.

Storage segmentation: it might be very important for someone to segment the storage facilities. It can help someone separate the data from another and they don't get mixed up. This technique is just like computers. So if some segment gets the problem, the other ones stay safe and they won't get affected by them.

Asset tracking; There is another important facility which is known as the assets tracking. By using it one can keep all the tracks of the applications he has and can also make up some notes about the important things that he might forget,. Hence he can always keep the tracks of his precious things wherever he goes.

Inventory control: One can also implement this situation and can control the inventory in the cell phone. This way he knows that's coming in and what's getting out and can keep some check and balance system established.

Mobile device management: the mobile evince management is another important thing that one should be keeping in his mind. Though this utility he can know that what is happening into the device and if there is something unauthorized thing found it in and it should be removed immediately.

Device access control: there is some access control for the device too which has been designed especially for the mobile phones. So, one can know that how he can control everything in the cell phones. The android phones can get access easily but the iPhone may not be access that easily since they contain some various mechanisms.

Removable storage: the cell phones also act as the removable storages since they have got some SD cards inside them but that feature too, is valid only for the android and windows phone since the phones with iOS do not act as storage device and if one wants to add pictures videos and the music, they must do it through iTunes.

Disabling unused features: there is always a task manager in the phones which can help someone disable or unable the applications which are not used by one and hence the phone's energy can be saved as well.

Applications can become a major source which can get infected. So it is always advised that one gets them secured too so that he can get rid of being worried about any attack which can be done through the applications. Here are some ways through which one can ensure the security of the mobile phone;

Key management: There is this feature which is all about the key management. One can enable it and hence can enjoy the security which it can provide by making sure the downloaded applications are good and the present applications are not being accesses in some unauthorized way through the internet.

Authentication: there has to be the authentication while using some application on the mobile devices. Like one might have to use some username and the password system or he might have to give the permission as the administrator.

Geo-tagging: This is the application which is used for the security purpose and hence one can use the geo tagging to ensure the applications which are sued are genuine ones and there are not problems which would arise after one is done installing them on the mobile device.

Encryption: This is the most important thing when it comes to security of any device. Encryption means that the data which is being transferred consists of the codes. Hence even if someone can get the data accidently or by any default, he would have to get it translated in order to understand what is being told in there and to understand the things?

Transitive trust/authentication: There is another thing which is the transitive truth. There is an attack which is the transitive one means that one can gain the trust of other person and then can use it for the hacking. But one must be aware of the technique so that he knows that he shouldn't be trusting anyone so easily and no other source except the ones he have had used for such a long time, should be granted access to the network or the mobile device. 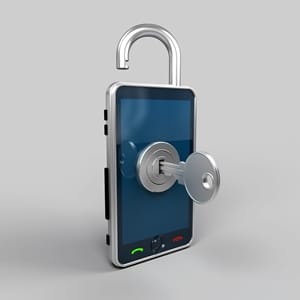 There are some concerns which can affect the owner and he should take some steps to get rid of them. Here are the things which he can do to ensure that the data which is stored in the mobile device is in secured hands;

Data ownership: one should ensure that the data which is there in the mobile device isn't in the owner ship of anyone else and it purely belongs to him because if this doesn't happen, then there are the chances that one might get into some serious legal troubles.

Support ownership: the support which is being gained should be the authenticated one. Like in many cases hackers pretend that they are from the help desk but they are not and they cane easily steal away one's data and identify.

Patch management: Patches are designed for the better working of the applications. One might find that whenever there is some newer version of some application, then the owner might offer some patch which can upgrade the previous version. Hence through this one can stay up to dated with the new trends of the applications and one should manage the patches well.

Antivirus management: having the antivirus is another important thing here. One might find out that he would have to install some antivirus so that the device can work well. The updating of that antivirus and the scanning etc. should be done regularly.

Forensics: forensic is the very important part and when someone thing happens into the computer, one should make sure that there are something which should be done immediately so that the root cause of the problem can be known to one.

On-boarding/off-boarding: while switching between the cell phones, one should be careful so that he isn't leaving some sensitive data to the old phone.

Adherence to corporate policies: the corporate policies are designed for one own good so adhering them is the duty of one since it is mentioned that there are some rules regarding the usage of the applications and one must consider them all so that he doesn't face any problem in the future.

User acceptance: while using the application, it may happen that there are some agreements which are presented to the user and he must accept them all in order to continue using those applications.

Architecture/infrastructure considerations: while getting the applications, one must also ensure that the infrastructure he is going to have is what he wants. Like whether the application is the opened source one or closed one. It specially comes in the way while telling about the operating systems.

Legal concerns: there are the legal concerns too which come across mind when one is installing and downloading the application like one cannot call them his ownership and they still belong to the manufacturer and the developer.

Acceptable use policy: there is some acceptable sue policy too.it means that when an application is being used the user must accept it and take the responsibility that he would be pointed at if someone bad happens when he is using it in bad way.

On-board camera/video: the videos and the cameras which are on board, should be used carefully as a well and by buying the phone, one doesn't get ownership to it and they are still in the ownership of the company

So, one can see that there are many security and the mobile devices concepts out there. One should take some time to have some knowledge about them all so that he can utilize this information for his own well and the good of the company. It can not only just can clear out some confusions, but can also save someone the trouble of having some problems which he might have to face in the future if he isn't aware of the policies and the legal boundaries. Another amazing thing is, one can hence secure that all the security features which the mobile devices are offering, are activated and one won't have to worry about them in the future.