How to establish host security 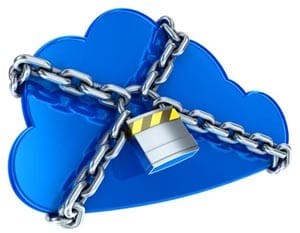 Establishing the security of the host is one of the major concerns these days. The reason of this is, that host can be the major thing too which can get infected. So, all those who can get connected to it are also exposed to some risks. Here are some ways through which can get rid of that problem;

The security of the OS should be concern of everyone since it is used a lot in the world and hence there are some settings too which have to be done correctly so that no problem can come in future.

One must take some steps to ensure that the security of the OS is not compromised and it is not easy one. He can take many steps like installation of some software's which can protect the OS to ensure the stability of it.

Here are some anti-malwares which should be installed;

Antivirus; it helps keeping away the viruses which can attack the computer.

Anti-spam: One must know that this software's can help someone from the spam attacks.

Anti-spyware: These programs can be sued for the protection against cyber spies.

Pop-up blockers: Pop ups are the one of the most annoying things. So this software's help one keeping safe from them.

The patch management is an important thing here so one should ensure that patches which are being applied are compatible and they can support the programs as well.

Blacklisting of the application means that now that application should not be used anymore. There are some applications which can pose some great threats to the user since they can have some loop holes when they were developed or they have some other problems. So one should take some steps to ensure that such problems are handled in some good way and those applications are kept as blacklisted and they shouldn't be allowed in Firefox. The white listing of application is the opposite of this procedure.

There is something which should be kept in the minds. That is, the OS which is being used for the host should be trusted one. There are two main SO which are android and the Apple. Also, there are Microsoft's windows. Except them, one should think critically and very carefully if he is willing to install any other OS into the host since it might contain some flaws and can be more vulnerable to the attacks as that OS is not developed by as much research as those three OS are.

There are some firewalls which are set up by the host. So it happens that when we try to get connected to the host that fireback doesn't allow us to have access to it. It can be the plus point when the one who is trying to get access is unknown one but it might be the problem if the person who is getting avers is the known one and he aren't being let into the system, intentionally. One can get rid of this problem by simple allowing other Peron by adding some exception in the firewall.

Another important thing is the detection for the host based intrusion. It might happen that someone from the host can make some breaking in and hence can try to get access to the data. Some appropriate measures should be taken for this so that the data theft and the lost can be stopped.

When we talk about security, it is not only the software's which are needed to be secured. But there are some hardware's too since the hackers don't get access to something virtually, one might also be loaning to do some damage to the hardware since it is something one can't protect itself. There are many of the ways through which one can ensure that he keeps the hardware's at some place where no one can have access and hence he can stays secured from those hackers and the people who ants to ruin that hardware. Here are some techniques which are most commonly used by the people;

Cable locks: There can be the threat to which some cables can be exposed too. Like, someone might take away the cables. The cables can play some really important role like if the Ethernet or the sub cable is taken away, it would be a big problem here. Because the elite function can be finished if the cables are missing. So, one might think of some plan like locking them up so that no one can get access to them.

Safe: The hardware is supposed to stay safe because of it is broken or is damaged externally or internally, then it won't be able to work properly and one might not get the desired results which can help him finish the work is wants to work on. So the safety of the hardware should also be kept in mind when someone is planning the overall security of the computer.

Locking cabinets: When it comes to the hardware security, there is a thing that one can easily put them into some cabinets and can lock them up there. But those cabinets are not the same as we find in kitchen or the bathroom; they are special ones which can have some holes in them so that the heat which is being generated can get out. If there's no hole there then there are some great chances that the devices which are kept there would get fried up and they won't be able to bear any heat. So, there should be some properly arrangements for the heat ventilation there in the can bets.

This is basically something that has to do with the host's security. This is basically the attribute of the host and the software that how secures it is and how can one sue it while staying secure himself as well.

Virtualization is now posing some really big challenges to the IT industry. There are some sprawls which are infrastructures and they compel the department related to IT to get around 70 present of totally budgets they have, channelled to the maintenance. Hence there are some less resources which are left for the innovation of business buildings. The difficult here arises from some architecture which is being followed today, like the computers having X86. These computers are normally designed for running of the operating system which is only one and there can be an only one application which cans UN along with that OS. Hence the result is the problem that some small data centres now have to deploy some more severs. Hence each of those servers starts operating at the capacity of round 15 present and they are too much inefficient by any of the standards. Also, the visualization software's can present the solution for the problem and hence they present many operation system sealed and hence the application can be running of them on only one host or the physical server. So these virtual machines are self-contained. Hence they can use as much of the resources as much they can need.

Snapshots: One can take the snapshots of the process so that we can keep it as the proof that the process is being careered out properly.

Patch compatibility: Another important thing which is focused here is that there is some compatibility which is for the patches. One can't just take a patch den can apply. One can take the example of the game. The patch would be applied if the previous versions the deer one and if the game supports that because if the condition isn't met then the patch won't get applied and one won't be able to get the desired result. Same is the case for the hosts as well for many applications the patch which one is trying to apply should have some compatibility else it won't get working easily.

Security control testing: whenever there is some issue regarding the security, there is something understood that there should be some testing's which have to be carried out so it can be ensured that all the security eared sari working quite well. There are some tests to which are valuable and one can put them on so that he can know if there is something which needs help with the security. Like it might happen that some application needs more security or there are the security points which are not enough. So, one can think about adding up more points so that the system can become strong one.

Sandboxing: sandboxing is basically a technique which actually acts like the last line for the defence when some exploit happens. It can defend the hosts when there is some buggy application or there are some problems with that application. There are many OS retailers for the hosts which are ensuring it specially Apple. They ensure that such programs are actively distributed through the Max Store. Hence one can become as sage as it is possible and he doesn't have to face any problems any longer. There exists some virtual barrier there which is also known as some sandbox. It is basically some program which can isolate itself from the rest of the things. One can find some great thing about this sandbox ad it is that it cannot let the system do this itself. So, the developer would have to open up the sandbox himself to perform the action and the program running. When this is enabled, then the program would have the access to the system by default and it would include the documents, the networks, access to some peripherals etc. these peripherals can include the cameras, printers, mouse, calendars, etc. there are some benefits too which are related to this sandbox. Like there are some programs which are there for the protection of program from each other. Hence if someone has made some application or the program for the OS, and that program doesn't need some access to the calendar then if it is accessing the calendar, it is something to be worried about since there the threat is being posed here. The problem would be worst if that program contains some bug there and if the proper sandbox isn't there, then there are some possibilities that the access to the all of the programs can be gained by it and hence the calendar would become corrupted one. If there is some event where the program is actually hacked one, and then it is surly a risk that one would be the victim and the all access would be gained by the hacker. Hence for the protection of the user data, his sandbox application would also help ne preventing the application from getting interfered with each other and hence the stability of the applications used by the users would increase dramatically.

Hence when one is using the hosts, he doesn't have to get so much worried sunk there are many of the applications and the techniques which can help someone. One should know about all of them. This way, he will be able to protect himself from many of the attacks which can do some serious damages to the applications in the hosts and the compromise of the data can be done.