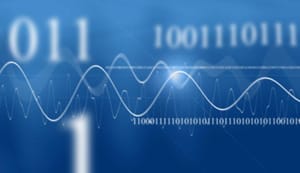 The most basic types of wireless standards that are in use in today's world and the main technology responsible behind the making of these standards will be discussed in detail here. Home or business owners who are out there searching for their perfect networking gear to implement have to deal with a wide range of choices before coming up to a conclusion. Many of the varieties of technology ranging from 802.11 a/b/n etc. to many other wireless standards available in the market are collectively termed as Wi-Fi technologies. Each of these applications has been built for a specific purpose such as wireless and Bluetooth (other than Wi-Fi). This article primarily focuses on these major Wi-Fi and wireless standards throwing light and contrasting the best technologies in this field to guide you make an proper planning as per the requirement and then make a proper buying decision.

802.11 a/b/g/n standards: IEEE specification for making use of an LAN or wireless technology is the 802.11 standards. It signifies an over - air interface present between the wireless client and the base station and/or between any 2 wireless clients. This specification was accepted by IEEE in 1997. The original standard of this technology made use of a hopping frequency spectrum spread radio signal. These standards have to maintain by IEEE under IEEE 802 section and needs to be maintained for MAN/LAN standards. There happens to be change in a number of standards by IEEE and to keep track of the latest one, you will need to visit the IEEE website. These devices have to first go through inter operability testing and separate standards have been have been set aside for just these devices. In 1997, IEEE developed the very first standard for WLAN and called it 802.11 which unfortunately supported bandwidth of just a mere 2 Mbps which is not the appropriate choice for many of the applications. Due to this reason, the original standard 802.11 devices are not manufactured anymore and are no longer in use today. This most basic standard was physical layer and media control access specification which implements the WLAN communication in computers with a maximum frequency band of 60 GHz. The family of 802.11 makes use of air modulation and half duplex testing technologies which are having the same fundamental protocol. There have been lot of advancements and improvements in this field since then and the major changes and technologies are described in detail below:

802.11 a standard: The 802.11 a family makes use of orthogonal frequency and division multiplexing technique or also known as the OFDM technique in its quest for a larger bandwidth. This family standard also utilizes the frequency radio band of 5 GHz and has the capability to transmit data up to 54 Mbps. Though, it may not be used widely today but it was the very first standard for wireless technology developed by IEEE long way back in October 1999. This family also had a special licensing which allows it to be used over 3.7 GHz along with high power to make it suitable for use in this particular protocol for very long distances but most of these implementations are done in frequency range of 5 GHz only. The maximum speed of this family to transmit data of 54 Mbps when first stroke out, it was very attractive to a lot of bigger organizations that required high power and this kind of speed to implement in their networks. If you encounter a 802.11 a standard in use today, be rest assured it is being used for a very - very specific purpose. There are many new advancements and trends these days which are more reliable than the basic 802.11 standard. Due to its initial higher development cost, it was only found at business networks before the invention of other modified standards. The higher range of frequency for 802.11 a family only meant that it would be having much more trouble for penetrating through the walls and other type of obstructions. However, the major thing that led to its downfall was the development of 802.11 b standard which was also developed at more or less the same time.

802.11 b standard: The 802.11 b family standard makes use of direct sequence and spread spectrum technology or can also be called as DSSS technology and lies in the frequency operating band of 2.4 GHz. This standard family can transmit data with a maximum transmission rate of 11 Mbps which was very much comparable with the traditional Ethernet including the fallback rates such as 1 Mbps, 2 Mbps or 5.5 Mbps. This set of family was quickly seen superseding by the newer and more advanced technologies in this field. It also makes use of the same and standard media access as was defined for original standard. Most of the vendors use this original standard frequency to reduce the reduction costs of the product. It provides an unregulated supply due to which there may also occur interference from phones, microwave ovens etc. and some of the devices working in the frequency range band of 2.4 GHz. The signal range of the 802.11 b family products is also good and does not get easily obstructed by other devices and the interference can be overcome. The 802.11 b family was launched in the market in the year 2000 and is the extension of the original standard defined in the product. The dramatic increase in demand of 802.11 b family products along with the fairer reduction in prices led to a world - wide acceptance of 802.11 b products as the leading LAN wireless technology.

802.11 g standard: the family of 802.11 g standard makes use of both the DSSS technique and the OFDM technique and operates in the frequency radio band of 2.4 GHz. The combination of both these dual techniques enhances the 802.11 b standard version and has the maximum rate of transmission of data at 54 Mbps. This is one of the most commonly accepted and most widely used standard and is also backward compatible to 802.11 b version as they both makes a use of 2.4 GHz frequency band and DSSS technology. This modulation was the third modulation standard developed in June of 2003. This was readily accepted by the customers and well before the process of ratification because of the lower production costs and a desire for better data rate plan as well. This was the best possible combination of both the 802.11 a standard along with 802.11 b standard possible at that time. The access points of 802.11 g standard family were made to work and compatible with the network and wireless adapters of 802.11 b standard. It has slightly higher costs than the 802.11 b standard and various appliances tend to interfere with the unregulated frequency of signal but this standard family has a maximum fast speed along with a good signal range of the device.

802.11 n standard: The 802.11 n standard also makes use of both the DSSS technique and the OFDM technique and operates in a dual frequency radio band of 2.4 GHz and 5 GHz frequency band. This is a more advanced version and more enhanced performance of 802.11 g standard and can also transmit data at a maximum transmission rate of whooping 600 Mbps which is too high for most of the devices in use today as they are suited up for only 300 Mbps transmission speed. This family standard is also backward compatible with most of the 802.11 family standard i.e. 802.11 a standard, 802.11 b standard and 802.11 g standard. The 802.11 n standard families use the concept of multiple inputs and multiple outputs for antennas enhancing its status. It was developed not so far long ago in the October of 2009. This technique is also sometimes termed as "Wireless N" and improves the amount of bandwidth considerably by utilizing the MIMO technology. It also provides better range and enhanced Wi-Fi standards which are led by enhanced signal intensity along with its compatibility with the previous versions.

Distance: The newer the standards of wireless are, the more capable they are for covering greater distances but there is also something else to it. The basic distance or range of 802.11 g/b/a standards is around 30 meters whereas 802.11 n standard accounts a little bit higher range of around 90 meters. However, it is mandatory to note that these figures are not exact as they can be altered with the under - construction building or the objects present around WAP or maybe some of the devices increasing the interference etc. These figures can be increased to an extent by keeping the computer and WAP at some distance from the large and metal objects which are responsible for absorbing or reflecting the signal.

Latency: Latency refers to the total time taken by the data to get transmitted from a transmitter section to the receiver section which is also sometimes called delay. This term can be very unpredictable because the wireless communications can get affected due to several factors related to computer and WAP being used. It does not occur be decrease in speed of connection but it is altered by the mode which is used for multiple access of carrier sense through collision avoidance which can delay or hold the transmission process.

Frequency: Frequency of any wireless device is never set directly. You need to select the type of technology that is going to be used and then the channel under which to use it or you can even select just the default option. In general, there exist 2 frequency bands for the standard 802.11 families which are 2.4 GHz and 5GHz frequency band.

Channels: These wireless standards make use of several frequencies ranging in a band of 2.4 GHz or 5GHz band. These frequencies may also be combined together for enhanced bandwidth use by the user. That combination of different frequencies which is for the benefit of end user is termed as channel. Channels of 1 or 6 or 11 are mostly accepted by the user. This is generally automatically selected but can be altered if the problem related to interference exists. Same channel requirement is there in order to set up the communication between WAP and clients.

MIMO: MIMO stands for multiple input - multiple output and it is a technology which can be used in order to use multiple antennas for both the receiver and the transmitter part to improve the performance of communication and yield higher output. This technology and its demand is on the rise as it provides enhanced speed and distance transmission without the requirement of transmission power. This technology is also used in the 4G networks as well as the standard 802.11 n family for the very purpose of better communication set up.

Channel bonding: The channel bonding is basically a computer and networking technique which makes use of a combination of two or more networks or interface through a single device for increased data transmission. It is mainly found used with 802.11 g and 802.11 n standard families for the purpose of Wi-Fi networking. It is not used with 802.11 a or 802.11 b standard families as it needs to be made compatible with these technologies and these technologies are not much widely used nowadays.

You will need to understand these wireless standards that have become increasingly popular over the years. Each network has its own advantages and disadvantages. You must also know the operating terms and conditions of these families, where they are mostly used, which channels or frequency bands are they used on these days, channel bonding and MIMO technology before you go out and give it a shot for the purpose of wireless networking process. Also, setting up the communication between clients and WAP can be tricky process and make sure you have knowledge of the same.