Overview of Virtual networking and its components 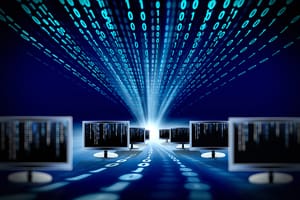 Virtual switches have the ability to perform all the tasks which can be performed using physical switches. The only difference is that these switches do not exist in the physical form, but are software programs which are stored in the server. These software programs mimic all the functions of a real switch and hence are referred to as virtual switches. The main purpose of these virtual switches is to allow the virtual devices to communicate with each other in order to facilitate the process of networking. The existence of virtual networks allow you to have multiple switches on a single host, which means that you do not need to have any extra physical device to perform the task of a switch.

There are a lot of integral tasks which the virtual switches can perform. It comes into being during the data-link layer, which is basically the second layer in the OSI Model. Just as a physical switch, it determines and figures out the MAC addresses of all the devices on the network in order to know the destination where the data has to be sent. It facilitates the communication of different devices on the network. A virtual switch makes sure that the message is delivered to the intended device. However, in this case, the device should be connected to the virtual switch as part of a network. A virtual switch makes sure that there is minimal traffic when data is transmitted by choosing the path of the data wisely. Furthermore, it also provides the security which the data needs during the process of transmission.

Till now you have got an idea of how normal desktops work and how information is stored in the hard drives of your computers. However, you may not have realized but the field of networking has developed to a great extent and there are many things possible now which seemed just like a dream before. Have you ever wondered about using a virtual desktop within your general desktop? Well, the concept of virtual desktops is something which will make this amazing wish of yours to come true!

Just as there are virtual switches and many other devices, there are virtual servers as well. It is essential to note that when a network expands, more servers are needed which will be able to manage the computers and other connected devices on the network. However, the addition of a new physical server can be quite costly and might bring a lot of other complications with it as well. You will have to pay for hardware, utilities and many other things in order to install a new physical server. This is where the concept of Virtual servers becomes quite important.

In the world of virtual networking, it is quite simple to add a new server rather than adding a physical one. You have the facility to add a number of servers to form an integrated virtual network. This will not only save you from a lot of problems, it will also allow you to carry out all the tasks which you will be able to perform with a physical server. These servers can host many machines quite effectively and manage them quite perfectly. In fact, it is great that one virtual server is able to perform all the tasks which many expensive physical servers will be able to carry out collectively.

These servers, just like physical servers, would be able to manage the traffic of data and transmit it to the required destinations. It will manage various requests from the clients and entertain their requests in the best suitable way. The trend of virtual servers is gaining rapid popularity due to the ease and perfection it brings along with it.

Virtual PBX is generally referred to as Virtual private bank exchange. Virtual PBX comprises of a system which lets you carry out the processes of call routing, faxing, voicemail etc. However, it is referred to as a "virtual" service as it is outsourced to another company which takes over this whole process. This means that the company whose services you use will outsource these services to another company. You are actually using the services of the secondary company without even knowing about it.

This process takes place when the request from the customer is forwarded over the network to the other company where it is entertained and directed to the appropriate location. There are a lot of facilities which are provided by this service including conference calling, directing of phone calls, automated greetings etc. The biggest advantage of using this service is that you do not need set up and purchase a special system for these purposes; in fact you just outsource the service to another company which will deal with whole of this process. This is not only affordable but also more feasible and realistic. There are many addition features that come with this service which help you to carry out your work smoothly without any disruptions. The basic concept used for the process of routing is Voice over IP (VoIP).

There are basically two ways in which the data or virtual networks could be stored by various companies. Either they could resort to the method of using their own data center for the storage of information or they can outsource this task to another company which will be maintaining the information for the company. In either ways, there are certain benefits and concerns.

Offsite: Offsite storage of data implies to the process in which the task of maintaining the information and storing it is outsourced to another company. The primary benefit of opting for this process is that the company does not need to have any special software or hardware to carry out this process, which will save them a lot of costs. However, companies generally have a concern of security when they allow other companies to manage their information. The concern of security is essential as the company has to make sure that the information does not get into unauthorized hands. In this case, the user will connect to the primary company which will then direct him to the location where his data is stored.

Network as a Service (NaaS)

The branch of virtual networking has become extremely powerful and is ready to offer the best services to the users. The existence on virtual servers, switches and many other devices has allowed the development of virtual networking at a rapid rate. Just as you had the chance to outsource the process of managing calls and related processes to a secondary company, you can also purchase the services of networking from another vendor. Yes, this is basically known as Network as a Service (NaaS) where you purchase the service of another company for providing you with all the facilities of networking.

NaaS comes along with a lot of benefits. Now companies do not have to spend loads of money on the maintenance of networks and purchasing of expensive hardware and software. In fact, now they do not even need to hire more employees for the maintenance of their network as they can purchase the facility of networking from a secondary vendor. This facility allows the companies to concentrate on their own tasks while being freed from the difficult process of networking. Now they do not even need to worry about issues such as bandwidth, scalability or connectivity. You just need to pay for the service and you are good enough. This facility not only takes a lot of load from the company, it also provides amazing virtual networking facilities which will provide the customers with the best experience ever.

We have discussed the most important components that form a virtual network. Over the past few years, the popularity of these virtual network components has increased to a great extent. This means that many of the networks nowadays are managed virtually using the minimal amount of physical devices. The introduction of secondary vendors for providing the facilities of networking has further developed this field. The existence of a large system of virtually interconnected networks allows information to be transmitted to large distances in the least amount of time. There are many new concepts introduced such as virtual desktops which previously seemed to be like a dream. Now you can access multiple desktops on one system and can store information on an online data center. This means that you do not need much of hard drive space now as you can store most of your information virtually. This is the reason why most people are inclining towards the process of virtual networking. It will not be late when most of the networks which you see will be managed virtually without involving much physical devices. This chapter has given you just an overview of these processes, there are a lot of details regarding virtual networking which are much more intriguing and interesting.