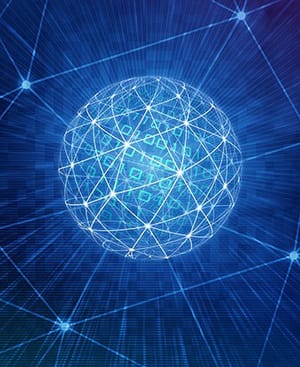 MPLS: MPLS is the acronym for Multi protocol Label Switching and it is a relatively new technology introduced for creating a topology of a logical network independent of the protocol used in the design. Instead of this, it makes the use of labels that are used for forwarding the decisions through packets and also offering you huge amount of reliability in the process of prioritization and network planning of data traffic. For instance, you also have the provision of providing a higher priority for a particular customer through the network process because of the reason that the customer maybe adding to the 'bottom line' more than the other customers.

Point - to - multi point: The point - to - multi point technology is generally created by connecting an interface with two or maybe more than two interfaces. This is effect of hub on the network in which data is flown from one of the interfaces and is able to flow out through the other interfaces. This can also be observed from the router configuration and the switching of frame relay by the use of which the point to multi point connections are formed by the use of sub interfaces or also known as the virtual interfaces. Ethernet connections done using point to multi point technique may not be used as a model for communication of full - duplex because in this technique, the connections are not restricted and are shared and therefore arising the need of CD/CSMA for better controlling the traffic. The point - to - multi point technique when used in switching for frame relay will require the need for specialized protocols and configuration methods for better controlling of the data traffic.

Ring: The ring is a kind of legacy topology which looks very similar to the star topology seeing by the naked eye. The type of the technology used for the designing is the basic difference between a ring and the star topology. The token ring technique by IBM is generally used by computers for the ring topology. Many other components can also be made or acquired in a ring topology through the use of different techniques. The computers being arranged as the ring topology are not arranged as the physical ring. For instance, they can be together to each other or if required they can be spread in the whole building. The main difference lies in the central part of the connection that is responsible for connecting them containing logical ring facilitating the communication of the network by making use of the ring technique. The data flow process is quite different than the physical topology even though it is indistinguishable than that of star topology looking with the naked eye. The ring is a kind of circular network topology in which the flow of data is around a circular structure in one direction making up a ring and the devices in the ring act as the repeater which helps in keeping the quality of the signal strong while travelling. Each of the devices has a receiver part responsible to deal with incoming signal and a transmitter part responsible for sending the incoming data on to the next device. More is the ability of signal of traveling around a ring, more strong will be the quality of the network. While sending the data, it needs to be travelled from each of the device in order to reach the final destination making a critical link for each of the nodes. There is no requirement of a server computer as the nodes themselves act as the server for repeating the signal. There is a major disadvantage of this technique that if any one of these nodes gets damaged or stop working, then the whole network will be affected severely because of it and the whole network may stop working but the cheap technology of this network results in its favour.

Star: The star topology can be termed as a group of computers which are connected together with a central element or location known as a switch or a hub. This is one of the most basic topology sought after these days. The computers being arranged as the star topology are not arranged as the physical star. For instance, they can be together to each other or if required they can be spread in the whole building but flow of data need to go the central element from the computers. In this type of topology, each device or each computer will be having its own connection or cable connected with the hub. This technique overcomes the disadvantage of the star connection, since each and every computer is connected separately to the central hub, failing of any of the computer in the network will not be affecting the working of rest of the computers inside the network. However, if the central location or the hub fails, then all the computers and devices connected to that hub will also be pretentious because of it. The switch acts as the server while the peripherals acts as the clients. The signal repeater function, in this case, is performed by the hub itself. This is the easiest kind of topologies for designing and implementation purposes. Many home network connections these days are known to have star topologies. UTP Ethernet cable is generally used for setting up the connection between the device and the hub, so this will also require greater number of cables. This type of topology is also easier to troubleshoot because of the fact that only single cable break is affected through node and the switch. Another advantage of this type of topology is that the data will not be passing through any unnecessary nodes and is easily upgradable with the higher quality switch. It is also easy to operate, install and expand in contrast to the ring topology.

Mesh: The mesh topology is not often used these days in the networking process and almost is never used for the individual computers. In this type of topology, what generally happens is each of the components forming a mesh is independently connected with each of the other devices included in mesh. The total connections that are going to be formed in a mesh can be found out by using the formula: [n(n-1)]/2. Any type of redundant or multiple connections with network components may be considered related to the mesh topology. This technique is quite expensive and so is not generally used for the connection between individual computers. It can mostly be found connecting various networks together in the organization. For instance, internet can be said as the best example of this type of technology. This type of technology can also be said as complete graph and it also doesn't require the process of broadcasting or switching as it is connected with each and every other node together. The only disadvantage this type of topology can be said to possess is that the total number of links can be seen to grow quadratically with the increase in number of nodes. With the concept of routing, the data may also take several pathways to reach its final destination.

Bus: The topology of bus can be found use in earlier times for networking but is not used very often these days. In this type of topology, the computers are all connected together and also to each other with help of single cable. For this very purpose, coaxial cables having the combination of special connectors known as the BNC connectors along with T connectors are used. The T connector here provides an independent way of connection to each computer included in the bus. Special resistor called the terminator had to be applied at both ends of the cable, otherwise, the bus won't work. The main source signal will be traveling in two directions to reach all the different machines on the cable until the final recipient is encountered. It is also an inexpensive technique as it contains only one major cable.

Peer - to - peer: This type of technology find an extensive use in small businesses or home networking processes which means that there is no fixed client server involved in the process. Each of the computers itself acts as the client and server. Generally, folders or directory shares are set on the computers and accounts on computers will be providing minimal security. Around 10 computers can be seen connected together with this technology in use. Any more number of computers than the suggested will only be adding to a whole lot of confusion among users who will need to have access to usernames and passwords for getting share of directories on the computer. The computer provides and consumes the network services. In this network, variety of different roles can also be hosted.

Client server: In this type of network, resource sharing is done by the use of high speed and specific capacity computers for sharing the resources with the client computer. Most of these resources used by the client is centralized with a fast operating server computer which cannot be used by the user directly. These servers are also said to domain control which can also authenticate user's access on the network and can also control access to the specific resources. Server will be providing the resources and client will be using the resources and the whole process is called client - server topology.

Hybrid: Most of the topologies that are in use these days are a combination of various topologies. So, this is termed as a hybrid network which makes use and forms a combination using two or maybe more than two topologies in a way that none of the existing topologies are formed. Two types of hybrid technologies which can be termed as star ring or a star bus topology network are mostly accepted for creating and utilizing the networks. The hybrid technology thus formed takes care of both the advantages and disadvantages of both the technologies being used.

So, knowing the difference regarding logical and physical topology is essential in understanding the topologies of different techniques. The arrangement of components on the topology, the data flow in a network, recognizing and knowing the properties of topologies related to logical networks etc. are some of the terms you need to keep in mind while performing any deal with the topological network or organization.