The OSI Model: applications, devices, and protocols related to the OSI model Layers

The Open Systems Interconnect Model, abbreviated as OSI Model, is one of the oldest networking models over which many modern protocols are based. There are basically sever different layers which are involved in the OSI Model; Physical, Data Link, Network, Transport, Session, Presentation and Application Layer. All of these layers make use of certain protocols which perform a number of functions with respect to the transfer of data. In addition to this, there are certain devices as well which are required as a necessity of the transmission process. At the receiving end, there are also certain applications required which perform different tasks and enable this model to run smoothly. Although the OSI Model is not used nowadays, many of its protocols and techniques do form the base of many modern Network Models.

Following are the Applications, Devices and Protocols which are related to the OSI Model Layers. 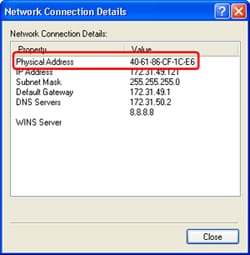 IP Address is basically the address which has been assigned to every system. It is the necessity of networking to assign a different IP Address to each device to make it unique and distinct. This, just as the MAC Address is assigned to every different network, the IP Address is assigned to every unique system. IP Address generally comes into being at Layer 3 of the OSI Model, at the Network Layer. Each of the data packets is stored with the IP Address of the system where it has to reach. This ensures that the data packets follow the prescribed path and reach their destination perfectly. Without the existence of IP Addresses, the data packets would simply be lost without any trace of their position. However, IP Addresses make it quite easy to manage the process of networking and act as an integral part of this process. All of the routing and addressing generally take place during the third layer of OSI Model.

EUI 64 is basically the abbreviation of Extended Unique Identifier - 64 bit. EUI 64 is a 64 bit MAC Address of a special kind. This 64 bit address is allocated to a network in the same way as a simple MAC address is allocated to it. However, EUI 64 has been specially designed to work with IPv6. Furthermore, the EUI 64 is made up from the same hexadecimal format from which a MAC Address is set up. It comes into existence during the second layer of the OSI Model, the Data-Link layer. The EUI 64 address of the network is specified during this layer to make sure that the data reaches its destination. It is important to know that 48 bit MAC Addresses can also be converted easily into EUI 64 if you are supposed to work with IPv6.

Frames are the packets of data which are made during the second layer of the OSI Model, Data-Link layer. Data is packed into frames so that they can be transmitted over the network. Each frame is incorporated with the MAC Address of the network where it has to go in order to make sure that the data reaches its destination. Furthermore, the frames are made at this point to prevent the loss of any data and to enable it to transmit efficiently. A frame generally comprises of a Link-layer header and a packet attached to it.

The concept of Packets comes into being during the third layer of the OSI Model, the Networking Layer. During this layer, the data is grouped logically into Packets to be transmitted over the network. Each Packet is assigned the IP Address of the device where it is supposed to be sent. In fact, each Packet is associated a header which has the address for its destination followed by the data. Generally during this process, a data stream is divided into three Packets which are then sent over the network. The assembling of data into Packets is essential to make sure that there is no data loss and the complete data reaches the destination. 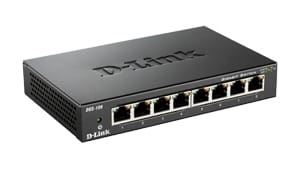 Switch is a Network device which is used during the Data-Link layer, which is the second layer in the OSI Model. The primary function of a switch is to determine the MAC addresses of all the devices which are connected to make sure that where the data is supposed to be sent. Basically, a switch is a physical device which is essential to establish connection between two different devices on a network. The switch works quite similarly like a Hub. However, the major difference is that a Switch makes sure that the message has been sent to the device where it was destined to be sent. In order to communicate over a network, the wires from different devices have to be plugged into the Switch to establish a physical connection. A switch makes sure that there is minimal traffic when data is transmitted by choosing the path of the data wisely. Furthermore, it also provides the security which the data needs during the process of transmission. There are different types of Switches; some of them also facilitate the task of Routing for layer 3, the Network Layer.

Router is the special device which comes into being during the third later of the OSI Model, the Network layer. A router is also known as a "Network Layer Device". A router basically sends the Packets which are formed during the Network Layer to different devices based on their IP address. Each Packet has an IP address associated with it which makes it easy for the Router to send the Packets to their respective destination without any loss or misplacement. In fact, routers generally direct Packets over to their destinations on the internet. There are different kinds of Router depending on the requirement of the situation. However, all of them perform the same basic task to receiving the Packets and forwarding them to their destination.

This is a very specialized form of device which can perform two different functions quite effectively. It can perform in both the second and the third layer of the OSI Model, the Data-Link and the Network layer respectively. While in the Data-Link layer, it can successfully perform the task of a Switch by forwarding all the frames to the required devices using the MAC Addresses. Furthermore, it can also perform the task of a Router; it can receive data Packets and successfully forward them to their destination IP Addresses to make sure that they reach their destination. The existence of a Multilayer Switch avoids the need of having a separate Switch and Router. In addition to this, the biggest advantage of a Multilayer Switch is its ability to forward Data Packets without needing any dedicated software for the purpose.

Hub is a device which is used during the Physical layer of the OSI Model, which is indeed the first layer. The primary purpose of a Hub is to regenerate a signal. A Hub performs the task of connecting various devices together so that they function as a single network. The devices are attached to the Hub using physical connections such as wires. A Hub forwards the message which it receives to all the devices which are connected on the Hub, except the device which actually sent the message. All of the data has to pass through the Hub before it can be sent to other device. Note that this process of forwarding the message is not secure enough for private or confidential conversations. It is used for the purpose of sending the data to all the devices on the network. There are various kinds of Hubs depending on the task they perform.

Encryption device is the name given to any device which is capable of encrypting the data which is to be sent over the network. Due to the risk of data interception by a hacker, it is essential to encrypt the data in a form which the interceptor cannot understand. The data is basically encrypted with the help of these encrypting devices. Whenever data is encrypted by a device, an encryption key is sent to the device which is going to receive the data. It is with the help of this encryption key that the receiving device is able to decipher the data. The use of encryption devices occurs during the Presentation layer of the OSI Model as it is the responsibility of this layer to encrypt data.

A cable is a device which is used during the first layer of OSI Model. The purpose of a cable is to connect two devices. Note that there is no interaction of data with the cable and it is merely a device to establish a connection. Cables are quite essential as they make sure that the devices are connected to the network. Depending on the orientation of the cables, different types of networks can be form according to the requirement of the situation. It is important to note that thicker cables with less amount of electrical resistance enable more amounts of data to be transferred and at a faster rate. There are different types of cables including Coaxial cables, Fiber Optic Cables, Twisted Pair cables etc. However, with the introduction of wireless technology in the modern day, the use of cables is becoming obsolete.

A NIC is the abbreviation of a "Network Interface Card". It is considered as a Physical layer device as well as a Data-Link layer device due to its dual functionality. However, its primary purpose is associated with the use of MAC Address which is why it is commonly referred to as a Data-Link layer device. The NIC of a system is the place where its MAC Address is stored. It is the primary device which lets a computer connect to a network. The NIC of a system is generally built into the motherboard of the computer. This ensures that every device on a Network has a unique MAC Address because of having a different NIC. Furthermore, a NIC is also considered as a Network Device due to its ability to send data over a network cable.

Bridge is another device which functions on the second layer of the OSI Model, the Data Link Layer. The basic purpose of a bridge is to forward the frames to their destination. It is true that each frame comes with an associated MAC Address of the location where it is supposed to be sent. Hence, a Bridge is a device which takes these frames as input and forwards them to their destination MAC Addresses. In fact, it is the responsibility of a Bridge to decide that which MAC address is associated to each Frame and then act accordingly. A Bridge also allows two different networks to connect to each other and transfer information independently to each other.

As we have discussed above, there are a lot of components which collaborate to form the OSI Model. It is only through the collective functioning of these components that this model is referred to as one of the most important ones today. The protocols make define the rules for data transfer and make sure that it is transferred in the best possible way. In addition to this, the devices also work together to perform special functions. The applications further make use of these devices and protocols to deliver the perfect output to the user. It is true that all of these components are very essential for the perfect functioning of this Model.