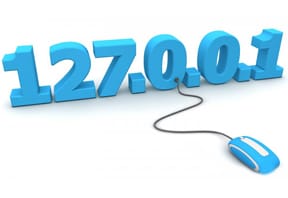 An IP Address of a system is an address which is particular to that system. IP Addresses are used to distinguish each system from the other over a network to make sure that each system has a unique address. Generally, as far as the structure of an IP Address is concerned, it is made up 32 bits comprising of 4 sets of 8 bits. Each set comprises of 1s and 0s in binary form and is collectively given a number from 0 to 255 based on the orientation of the bits in the set. This high amount of variation in the IP Address is what allows it to make every system on a network unique.

However, these IP Addresses are not simple as they seem to be and thus perform very useful tasks as well. By just reading below, you will get to know various properties, types and purposes of IP Addresses.

IP Addresses are arranged into logical categories known as Classes. Based on the requirement of the situation and the purpose to be achieved, IP Addresses have been divided into 4 categories, known as A, B, C and D Classes.

Class B IP Addresses are those which utilize the first two octets of bits to represent a Network. The first octet in this network will be assigned a value from 128 to 191. This class of IP Addresses is able to accommodate around 16384 networks. Furthermore, there are also more than 65000 hosts which each network in this case could accommodate.

Class C IP Addresses are those which utilize the first three octets of bits to represent a Network. The value assigned to these octets could vary from 192 to 223. This class of IP addresses can accommodate the highest number of networks and hosts.

There are basically two types of Networks, Public Networks and Private Networks.

Public Networks are open to everyone. This means that anyone would be able to connect to a public network without any need for authorization or authentication. The most famous type of a Public Network is Internet. These types of networks are configured with public IP Addresses which have specially been designed for the purpose of public networks. In addition to this, those who are not on the network will be able to view the devices which are connected on the network and will also be able to connect themselves to the network.

CIDR is the abbreviation of Classless Inter-domain Routing (CIDR). In order to increase the amount of flexibility in the allocation of IP Addresses, the CIDR was introduced. According to the method of CIDR, instead of grouping the IP Addresses into classes, each IP Address comes along with the number of bits which the subnet mask uses from each octet. For example, if all of the bits from the first three octets have been used then the number added to the end of the IP Address after a '/' would be 24. CIDR is basically used to finish the problem of defining the IP Addresses into various classes and prevent this kind of grouping to increase flexibility and allow for the creation of a greater number of IP Addresses. 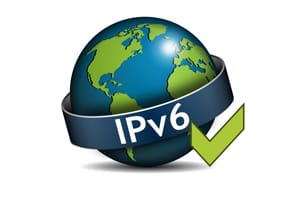 IP Addresses can be classified into two main categories based on the format of each of them.

IPv4 is the format which is utilized in most of the places. It is made up of 32 bits and comprises of 4 sets. Each set contain 8 bits stored in binary form; 0s and 1s. In addition to this, each of this set is given a value between 0 and 255. This change in the values occurs when there is any kind of variation in the orientation of the bits in each set. These kinds of IP Addresses are the most common and widely used ones. However, one needs to know that IPv4 protocol does not guarantee the perfect delivery of data without any deletion, amendments or replacements. In addition to this, it also does not put much attention on the security of data and hence other protocols are used for this purpose.

IPv6 is the most modern form of IP Address format which is utilized today. IPv6 addresses offer a lot of space as compared to the IPv4 address. This is due to the inclusion of 128 bits in each IPv6 address which increases the space for the addition of more information and a greater number of bits. This means that an IPv6 address offers 4 times more space as compared to IPv4 address. It comprises of 4 digits per set, whereas the total number of sets in the address are 8 each separated by a colon. Furthermore, each digit is made up of 4 bits comprising of 1s and 0s. This wide range of space in the IPv6 adds a greater amount of versatility and offers the transmission of more information.

MAC Address is the abbreviation of Media Access Control Address. MAC Addresses are the ones which are allocated to the Network Interface Card (NIC) of each device. It makes sure that every system on a network has a separate address through which it can be accessed. It is also sometimes knows as the Physical Address of the system. A MAC Address comprises of 6 bytes. This means that it has a total of 48 bits and is expressed in a hexadecimal format. Note that only the numbers from 0 to 9 and the alphabets from A to F are included in the MAC Addresses. The total number of digits in a MAC Address is 12. However, it is important to know that it is only the last three digits of a MAC Addresses which make a system unique. Most of the devices might have the first 9 digits same; however the last three digits ought to be different. This high amount of variation in the MAC Addresses is what makes is unique for each Network Interface Card. Furthermore, without known the MAC Address of the NIC of a device, it is not possible to connect with the device in any way or send any information. All these facts demonstrate the importance of a MAC Address which means that it is quite essential for a device to be equipped with it if it intends to be a part of the network.

Subnetting is the process by which you are able to create more networks than you could create considering the default range of IP Address subnet masks. It is important to note that we do not want to run out of IP Addresses considering that there are an increasing number of systems day by day. To cater to this problem, Subnetting allows us to use the available IP Addresses effectively in order to accommodate more networks on it. Note that Subnetting does not actually increase the number of IP Addresses; it increases the number of Network IDs due to which it is possible to accommodate more networks on an IP Address. There are a lot of advantages that come along with subnetting. The process of subnetting allows reducing the traffic on each network by increasing the total number of networks. This means that each network would have to bear less amount of traffic and hence the communication would be faster. Furthermore, it also allows the creation of more secure networks and makes sure that the traffic is only directed on the appropriate network. The existence of multiple subnets also allows the creation of more broadcast domains which in turn reduces the broadcast traffic on the network.

Multicast vs. Unicast vs. Broadcast

There are three different methods of sending and receiving data on the network by using different types of IP Addresses.

Multicast is the process in which all groups in a network send messages and receive them as well from all other groups on the network. This means that if one group sends a message on Multicast network, then all the other devices on the group will be able to view the message and respond to it. Multicasting is generally achieved by allocating the same Multicast IP Address to all the devices on the network.

Unicast is the process in which one device on a network can send message directly to another device on the network. This is done by allocating the device a special Unicast address which will be used to access that device in private. It is generally termed as a point to point address link.

APIPA is the abbreviation for "Automatic Private IP Addressing". APIPA allows a system to allocate itself with an IP Address in case it has not been allocated an address by the DHCP server. There is a specific range which has been set for the IP Address assigned by APIPA. However, one of the drawbacks of this Automatic IP Addressing is that the device experiences limited connectivity on the local network in which it resides. This means that it can only communicate with the devices which are on the local network and cannot communicate with any device which is on another network. It is also quite essential to note that there are certain devices which do not support Automatic IP Addressing. In this case, the IP Address allocated to these systems is "0.0.0.0". APIPA plays a very essential role in networking and ensures that each device is allocated with an IP Address.

As you have read above, the process of IP Addressing is very important in networking. There are a lot of terminologies, processes and devices related in this purpose. The task of allocation of IP Addresses is quite difficult due to the complexity but it has been made easy due to many procedures. If there were no IP Addresses, it would not have been possible at all to differentiate between devices and send messages to the right place. However, there are many methods which have been devised to make sure that we do not run out of IP Addresses. One of these processes is subnetting as we discussed above. The various classes which are used for the division of IP Addresses also make sure that it is easy to discriminate between various networks. In fact, the task of IP Addressing is surely the most important when we talk about networking.