How to install and configure a wireless network 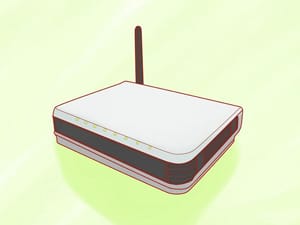 The increasing fame and popularity of wireless networks cannot be questioned. It is true that wireless networks are being widely used today all over the world. This is the reason why most people and companies are inclining towards the trend of wireless networks. However, the installation and configuration of these wireless networks is not a simple task. The complexity and difficulty that a wireless network brings along with it is great. This is the reason why the shift from a wired network to a wireless network adds on to the complexity of the network and bring a whole set of new issues to face. Under these conditions, it is extremely important that the installation and configuration of a wireless network is done impeccably to ensure that there are no problems in the future. The main components which you will have to deal with include WAP Placements, Interferences, Antenna types, channels, frequencies, wireless standards and some others as well which we deal soon. The importance of these components in the whole process is quite high due to which it is essential to understand all of the concepts and processes in detail.

A Wireless Access Point (WAP) is a device which performs the task of picking and forwarding the wireless signals. The placement of a WAP is quite essential because it will make sure that the signals are transmitted without any interference. In this regard, it is quite important to place the WAP in place where there is the least amount of interference. This means that there should not be any wireless device nearby which would cause interference. There must also not be large walls around the place where a WAP is places; it should be in an open area where the signals can be transmitted without any barrier. You should also keep a WAP away from all metal objects because they also tend to disrupt the signals. However, the most important thing to consider is that the WAP is placed closed to the client to make sure that it receives the maximum amount of signals. It is important to note that the reducing the distance between the client and the WAP will ensure that the client gets high-strength signals. All of these things must be kept in mind to make sure that you get the best output signals without any issue.

The basic purpose of an Antenna is to make sure that the signals from the WAP are transmitted to the client at long distances. Some antennas have quite high range which targets devices which may be far away from the WAP while some antennas have little range. However, the decision of the placement of the WAP and antenna is what you should consider first. It would be good if you place the antenna at the center of the network to make sure that the signals are transmitted to each client with equal strength. However, you can vary the position depending on the place where you want to receive most of the signals.

There are basically 2 types of antennas which you may come across. Some of the antennas are omnidirectional while others are unidirectional. Omnidirectional antennas make sure that the signals are transmitted in all directions. This means that you will expect to experience the same signal strength in all the directions from where the antenna is placed. However, there are some unidirectional antennas as well which are biased towards a particular direction and transmit most of the signals in that direction. You should also consider the number of WAPs which you are using. If you are using a number WAPs and antennas, then you will have to employ technical ways to ensure that the interference between them is minimal and the best output from each of them is generated.

One of the most crucial issues which you might face while setting up your WAPs and antennas is interference. The process of interference of signals causes the strength of signals to get reduced and may sometimes also cause the signals to falter away. Interferences could also change the direction of the signals. You should be familiar with the fact that wireless networks make use of radio waves for the transmission of signals. Hence, they might easily get disrupted by other devices which use radio waves, microwave, infrared waves etc. In this regard, it is very important that you place the WAPs away from any electrical devices such as televisions, cell phone, Bluetooth keyboards etc. in order to avoid interferences. This interference could cause the signals to be disrupted and will make you receive poor quality signals. In addition to this, do note that if the distance between the client and the WAP is high, then the signals can be interrupted easily and the interferences will be stronger. Hence, you should set up the whole system in a way that the interferences are minimal. If the interference is caused by any appliance close to the client, then you should consider adjusting the position of the client rather than the WAP.

The setting up of frequencies is very important to ensure the functioning of wireless networks. It is essential to make sure that the signals which are transmitted by the WAP are of the appropriate frequencies. This means that the WAP should send the signals at the same frequency at which the client is set to receive them. The signals will not reach the client if both of them are not set on the same frequency. You should be familiar with the fact that many electrical devices transmit signals at different frequencies. If you are setting up the wireless system where there are a number of electrical devices, you have to configure the network in such a way that it uses a different frequency than all other devices. If the frequencies of the network and other electrical appliances are same, then there will be a lot of interference and you will face a number of problems. Hence, the choosing of frequency is very important to eliminate any interference. You should choose the most appropriate frequency at which the WAP will transmit the signals and the client will receive them.

The setting up of frequencies is usually done by using channels. It is essential to realize that you have a band of frequencies available from which you can choose the best frequency for your network. A channel basically comprises of a number of frequencies which are combined together. These channels are created to increase the bandwidth which the user is provided with. However, to allow the WAP and the client to communicate, both of them should be set on the same channel. This will ensure that the signals transmitted by the WAP are picked by the client. However, you should also take certain precautions. While setting up channels, you should ensure that you choose the chancel which does not contain a frequency range which is being used by any other device in the surrounding area. This is done to prevent overlapping and stop any kind of interference. The most appropriate channels to be used for wireless networks are 1, 6 and 11.

SSID is referred to as Service Set Identifiers. SSID is the name which is given to your wireless network WAP so your device is able to connect with it. Hence, whenever you search for wireless networks on a device which supports wireless networking, it will display you the SSIDs of all the wireless networks WAPs which are in the surrounding area. You will easily be able to assign an SSID to your WAP and "enable" its visibility to allow every device to find it and connect to it. However, one of the problems which you experience regarding the SSIDs is that in a public place where there might be a number of networks, two different networks could be set up with the same SSID. This means that you will not be able to recognize which SSID represents you WAP. Under such conditions, you will have to open the advanced settings of the network to see which one is yours.

There are certain conditions where you might consider "disabling" the visibility of your SSIDs. This means that any device will not be able to search for you network or view its SSID, which means that no device will be able to connect to your network without knowing your exact SSID. This is done to add a layer of security to your network. However, the main problem associated with this idea is that anyone who wants to connect to your network will have to go through the long procedure of defining and setting up your SSID in their device. In addition to this, anyone who knows you SSID could attempt connecting to your network, which means that the concept of security turns void at this point. Hence, you should choose your SSIDs wisely and make use of the most appropriate method to display it according to your requirement.

In this chapter, we have discussed in detail the most modern and appropriate ways to configure and install a wireless network. There are a number of complications which you might have to deal with, including frequencies, interferences, compatibility etc. However, if you act wisely and stick to the suggested solutions, you will surely be able to configure the devices properly. There is a wide range of topics which lie under the category of this chapter. However, you are expected to know the mentioned methods and topics in detail in order to master the configuration and installation of wireless networks. The growing wireless networks bring along a number of problems with them which require a good amount of concentration. If you are able to properly install and troubleshoot these wireless networks, you will undoubtedly get relived from a great amount of issues which you might have to face in future.