Common Physical Connectivity: How to troubleshoot them 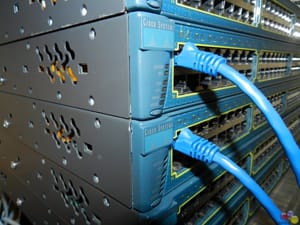 Nowadays networks are becoming more complex when compared to the past networks, but still the rationales are same as before: to offer the connectivity so that the consumer can share the resources and information. When any physical connectivity's are damaged, then the consumers are brought to dead end and also the productivity instantly declines. Despite any problems can be much complex and need effective knowledge of configuration and software, others are as so lucid as having the suitable physical item connected in a better method.

Faulty cables or faulty connectors will prevent data transmission at first layer successfully. The quality of the fiber and copper infrastructure affects most of the thing that traverses the network.

Common physical connectivity and its troubleshooting:

Here you can get the physical connectivity problems such as

After a time, most of the connectors may go through physical damage and fatigue. It is true in more fragile cases such as few fiber optic cables. If it experience an intermittent or complete shortage of connectivity, for that it is important to audit the connector to ensure that the connectors are not broken or cracked and that the fiber and wire are properly and securely in suitable places.

Faulty cables and faulty connectors will prevent layer 1 data transmission successfully. The bad cable will be incorrect type of cable which used for specific works. In some case, perhaps if 2 1000Base-Tx devices are interconnected with the help of a cat 5 cable in the place of higher cable or cat 6 cable. One of the obvious signs which connectors will be bad and may causing issue when any network problem is isolated to 1 particular location. Depends on the bad connectors, you may have a spotty connection or no connection which goes and comes at regular odd intervals. Determine and check whether the connectors are broken tabs, loose wiring or other physical signs of issues. If you feel that the connectors has some problems take the necessary step to change it as soon as possible. If the connectors don't look questionable but the same issue is isolated indeed to run, then consider it as bad wiring.

An open type is the broken copper strand, which prevents cureent flowing through the circuit. But the short will happen when 2 connectors of copper touches each other which results in flow of current via that instead of the attached electrical circuit, for the reason that the short has less resistance.

Addition to the miswiring, some other issues that will happen with cables which has to be check with the help of multifunction cable tester like short/open faults. In the same way, An open issue indicates that the fitted cable is not producing the full circuit and it can be owed to cut across some wires or all wires in the cable. The short fault indicates that the data tries to move on the wires other than which is intended. It can be due to twist or miswiring in the cable at the cut admitting to touch the bare wires.

The UTP or unshielded twisted pair type cable comprises of 8 individual copper leads. Anyhow, only 4 out of 8 leads are used for the purpose of data in which 2 receive leads and 2 transmit leads. Due to that, it resulting 4 unused leads in it. Some of the installers will use that 4 extra available leads to assist the connection of second Ethernet on the single unshielded twisted pair cable. Whereas such approach will function, the nonstandard wire is used for the 2nd Ethernet connection. You must aware of all the nonstandard pin outs which are used in network which you troubleshoot.

Most of the spilt in the cables are intentional which enables you to runs the wirings in so many directions by using splitter. Depends on the cable type in question, each split to decrease the signal strength is not uncommon. You can split the cables possible number of times and identify the splitter if issue occurs when it works normally. If the split cable is unintentional, then you often deals with an short/open.

The signal power of the data transmission sometime degraded at one point where transmissions are not perfectly interpreted by the receiving device. This loss in a signal power is called as a decibel loss or dB loss. It may occur due to excess distance which is above the fiber or copper cable limitations.

Without grasping into a complex match, the DB losses are an algorithm which helps to calculate the signal at the designation and at the source differences. The DB losses of the 0 will be perfect and it is tough to get it. In each and every network media there would be at least few DB losses, but the main concept is to maintain the number at minimum level. Based on the type of media using, and there are some tables for adequate DB loss/ 100 feet. Employing the best practices for every category of connectors will maintain the DB loss in an admissible level. The perfect measurements for the DB losses in every media are now beyond the scope.

TX is known as transmit and RX is referred as receive. The TX has to connect to RX for every twosome of wire in network cables like patch cables. Using an ordinary patch cable to connect with similar devices may cause the connections of the transmit to transmit and receive to receive, which will never work properly. These kinds of reversal can evoke by an improper connection of wires on the wall patch or jack panels. Few devices have the capacity to autosense the rescinding and accomplish the corrections, but few devices may not.

Correct cable replacement in the network or datacenter throughout the building and closest is necessary for the reliable and effective communications. The cables have to run either below the data center raised floor to ceiling where it was safe, but it can be accessed if necessary. It is important to take care and to maintain it away from the power cable whenever possible, additionally it necessary to cross the power cables, then the cross at the exact angle of 90 degrees to reduce the cross talk.

As wire may grasp on some additional current if it placed nearby to any magnetic source, at that it is necessary to be very careful where the communicable cables are run. This property type which affected by an external magnetism is also known as EMI - electromagnetic interference. At the same time, you must avoid interference by maintaining the copper cable far away from the entire magnetic sources which is so powerful. It also includes speakers, mobile telephones, wireless network, power facilities, florescent lights, electric motors, copy machines, refrigerators, fluorescent light ballast, amplifiers, microwave oven and much more. Anything which produces a magnetic field must be avoided when you positioning the cable.

It is essential to decide which cable has to use based on network topology and distance between those components. It is because few network technologies may run farther than some other without any communication errors. Most of the technologies of network communications agonize from the attenuation, which is signal degradation due to its medium.

Attenuation is more pronounced in few cable types when compared to others. Impedance is an opposition to the flow of signal and many points along the way. The electrical impedance measured in ohms and the differences in impedance result in the signal reflection. A common issue on the traditional POTS networks when moving 4 wires to 2 wires which result impedance mismatching leaks transmit audio onto the receive side as echo.

It is an occurrence of bleeding signal between 2 wires which carries current and adjacent to one another. It may accomplish network communications into slow or not work almost. The designers of network cable can minimize the crosstalk which is inside the network cables over wiggle the match wires together, in that way put it at an angle of 90 degrees to each other. To avoid crosstalk, it is important to use essential cable to speed up the network. To eliminate it completely, usage of fiber optic cable is more recommendable. Mostly fiber will use light rather than electricity and it is thoroughly resistant to crosstalk. Crosstalk is measured in decibels of negative number and this minus sign is just an assumption. The twists are the one which helps to reduce the crosstalk and more twist will reduce more and so more twists are efficiently better.

An important measurement is the near end crosstalk and the signals are strongest at the source end. Measure with the specialized equipments and the signals are transmitted down one pair and anything heard on the other pair is crosstalk. Less crosstalk is always better than high crosstalk. For ex: 40dB is really better than 30dB. It is important that the negative signal strength is implied. Attenuation is the power loss in an electrical signal. This attenuation also represented as lost signal and the minus sign is implied. The IEE 568 -limits attenuation to 24 dB for the 100 MHz signal which is less than 1/100th of the original signals.

To perform properly, the hard drive needs an adequate power supply and connection through a ribbon cable to PC. In some cases the jiggle may lose due to plugs when moving the PC and it is hardly simple to uproot the connection of ribbon cable when pulling boards of circuit or performing the maintenance task inside the case. The hard disk also works well with any of the Molex connector from PC power supply. It is important that the plug must be fully inserted. This connector needs full pressure to insert it fully and requires more pressure to remove it. On the cable network, the easiest way to approve the physical connection is to audit that link lights on devices at every end of each cable are lit. Review the plugs that the each end to assure that it was pressed securely into the sockets of the network. Link lights are most often found on network sockets or front of devices such as LAN capable routers or switches.