How to identify, configure, verify the appropriate IPv6 addressing and subnetting?

The IPv6 serves as the replacement protocol for the IP version 4. As IPv6 uses 128 bits in length, it seems it is far better than the IPv4. So the change IPv4 to IPv4 is unavoidable in today's growing technology. The below content will walk through more about the IPv6 addressing and subnetting. Certainly many things will differ from IPv4 to IPv6. However, most of the core concepts about the IP addressing, routing, routing protocols, and subnetting are somewhat same with that. This chapter will build the foundational concepts such as unicast, EUI-64, ND, RS/ RA, autoconfig(SLAAC), DHCP relay and server and the DHCP protocol operations in detail.

In the unicast addressing, the IPv6 interface is identified uniquely in the network segment. An IPv6 packet comprises both destination and source IP addresses. The host interfaces are equipped with the IP addresses that is unique in the network segment. The network router or switch when gets the unicast IP packet, the destined to a single host, sends to one of the outgoing interface which connects the particular host. 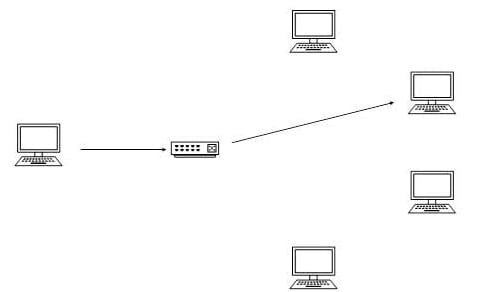 The unicast IPv6 addresses are again classified as;