With browsers becoming an important aspect and application in our computer system, it is one's duty and responsibility to make sure that one has maintained one's browser in good working conditions. Through this, one's browser will function in utmost efficiency and one will reap much from it. It is therefore very important that one is conversant with some of the common browser security issues and how one can fix them as discussed below.

Here are some common symptoms through which one can know if some problem is being happened or not;

Pop-up messages are one item that one should expect to see in the course of one's browsing session. This message is usually in the form of an advertisement requesting one to click on it. Once one see numerous pop-up messages appearing on one's browser, one should be rather cautious with them since it could be an indication that one are a victim of malware infection. In most cases, these pop-ups appear to be very legit applications and one may get prompted to install them. To avert the danger associated with pop-up messages, it is highly advisable that one avoid clicking on the ads since one might install a malware with the notion that one are updating a certain driver.

Browser redirection is also some other nasty technique that cyber criminals use. In this case, one realize that one are trying to search something through Google or Bing and the search results direct one to another site. This means that one have been sent in a totally different place. Such behaviour from one's browser is out of the norm and could just indicate that one is a victim of some malware or virus infection. Once one is on the new site, one will receive ads prompting one to click on them. One should be extra cautious with such for one's safety in the course of one's web browsing sessions. 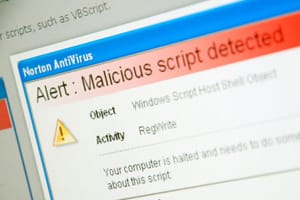 Security alert pop-ups are also another common issue that one might experience with one's browser. This is mainly vivid when one start receiving messages informing one that the security certificate of the site one are using is not trusted. If this is something that one's browser seems not to trust, then it is important that one don't ignore it. One should try and source out more information so as to establish what the user is viewing on the site. However, in some cases this could be a minor issue maybe an improper configuration of the web certificate. Someone in between the conversation between the browser and the website could also be decrypting some of the information.

Slow browser performance is another problem that one might experience when browsing. In most cases, this is a problem that is usually brought about by the presence of some malware in one's computer system.

In some cases, one might be browsing the internet and encounter a message prompting one to install a particular anti-virus or scan one's computer. This is a message that one should highly avoid since they are normally illegitimate and one may end up installing malware when trying to carry out a computer scan.

Span messages are also another way through which one can get to infect one's computer. In such cases, malware developers only use a message to get to one's attention after which one may end up clicking it and installing a potentially harmful program or software in the name of reading the spam message. To make it appear legit, it might appear in the form of a message prompting one to install a particular spyware program only to end up installing malware.

Malware authors try to have full control of one's computer system by making some alterations on the files in it. In this case, one might discover that some of the system files have been renamed. This should automatically mean that something fishy is going on in one's computer.

File disappearance can also be brought about by these malware authors. This is normally the case with most of the security files. They are completely deleted so as to weaken one's security system.

In other cases, one may also find out that one do not have the authority or permission to open or run some particular applications. This is done by cyber criminals by possible causing some encryption on files in one's computer so as to limit one's ability to make any changes. This is through alteration of the registry files in such a manner that recovery of those changes becomes very difficult. 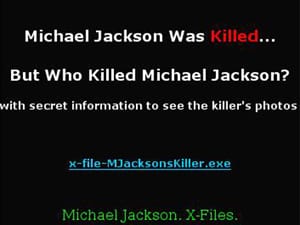 Using such emails is some sort of trick that malware developers use so as to gain access to one's computer system. In this case, the send one emails prompting one to carry out some particular activity after which one might be a victim of malware attack or computer hacking. In most of the cases, such emails are normally spammed and one should try as much as possible not to click on them. They could contain some potential hazard.

The presence of a malware infection can also be identified by the popping up of some error messages informing one of some denied access. This could occur if one is trying to remove a particular file or folder from one's system. This is normally a tactic used by malware developers so as to have the malware program in one's computer and so they limit one's access to it. This makes it very difficult for one to remove it since it has already been modified to stick in one's system.

These tools can be used to tackle such situations;

Anti-malware software are sometimes bundled or rather integrated into an anti-virus program in such a manner that they both function in the same way. However, an anti-malware software is quite specific in the detection of some unwanted applications and programs.

One should also consider having anti-spyware software. This is a program that checks for any spy programs that could be trying to access one's computer system. At times, it is normally integrated in one's anti-virus program and therefore buying it might not be of much necessity.

The recovery console is a special type of utility that is found in Windows XP. In Windows 7 & Vista it is called the command prompt. This is a utility that enables one to gain access of all the computer system files even before the computer boots up. One can make some modification, deletion and also addition of files onto the hard drive. With this, one has the ability to remove some malicious files in one's computer system if one is aware of their location in one's computer. In Windows XP, one must start one's computer from the installation media so as to access the console utility. In Windows 7 & Vista, the system recovery options can enable one to access the command prompt.

The system restore is another important utility that becomes of much importance in case one want to get back to some particular restoration point possibly after installing a software that is causing trouble to one. With this utility, one is in a position to rewind to some particular date and time and make changes to one's Windows configurations. The system restore is available in all versions of Windows so one should not be worried. However, the system restore cannot be termed as 100%efficient when it comes to the removal of malware. This is because through accessing of previous installation files, the malware can also infect them and hence this is a utility that might not easily recover from dreaded malware infections.

The Windows Pre-Installed environment is another important security tool when it comes to entire system restoration from back up. This is a version of Windows that one can boot from and run other applications. This is a very magnificent troubleshooting tool that one can choose to make by one self or download one that has already been set up.

The Event Viewer is a utility that one can also use to view information about some problems arising due to some malware infection. With this utility, one have a central view of all events in the computer system either security or application events. With all events being viewed, one can easily filter them out and settle on one that is causing some problems to one's computer system.

Identification of malware is the first step in making sure that one removes malware from one's computer. One might detect some error messages or application failures. One may also witness some system performance problems, extensive boot time among many others. These could indicate the presence of some malware and one might want to activate one's antivirus program.

Quarantining the infected system means isolating it from others so that it does not infect them with the malware. If the computer is in a network, unplug it from the network so that the malware does not communicate to other devices on the network. One should also make sure that one quarantine any removable storage media present since they can also be a good channel to spread the virus onto other computers.

One should also disable all the system restore configurations since in the process of restoring some files and documents, one might end up infecting one's documents and therefore spreading the malware. One should delete all the protection restoration points since one can infect some files in the process of restoration. With this, one can be sure not to infect any other files in case one decides to get back to the old configurations.

Remediation of infected systems could entail clearing everything up. Since some anti-virus programs might not have the capability to do so, one can contact a specific company and it will perform all that.

Some of the specialized boot environments might also be important to run and execute. This is because they do not load the operating system and therefore can help one clean some of the malware related problems one might encounter. It is with the pre-installation environment that one can make modifications to the Master Boot record that could have been destroyed by some viruses and malware.

For real-time computer protection, one should set one's anti-virus program in such a manner that it can perform computer scans after a specific time interval. Through this, one is protected from malware staying in one's computer system for long without one's awareness.

After cleaning all malware and viruses completely, one should consider starting to rebuild restoration points again. With this, going back to previous configurations cannot result into any infections.

One should also consider creating awareness to computer users about all malware and antivirus programs. Keep them updated on some of the available security threats. Through proper information, the users are able to learn more about security related issue and can learn to handle them.

Comprehensively, it is undoubtedly true that the presence of some malware infection in one's computer system can be quite nasty and disgusting. With respect to this, it is of utmost important that we are conversant with all the symptoms of malware infection, malware removal tools and malware removal practises. Through this, one can maintain one's computer system free from infections.