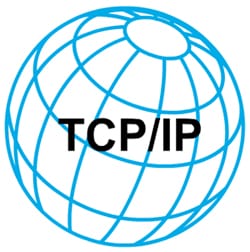 When one thinks about the IP subnetting, the first question that pops up in the mind is that why this all process is needed? There is lots of maths that is involved here and one has to deal with the conversion of the binary to the decimal again and again. This all is pretty much complex procedure but the thing is that one is able to do the subnetting only because of these procedures. The reason is that there are billions of the devices and if they have nothing unique, then it won't be able to understand that where a device is located. So, the network is torn into some small pieces. It makes those devices become much more cost effective. Also, the devices become faster since it becomes easy to handle the traffic that's being passed from one corner to another. Following are some characteristics of the TCP/IP protocols.

The IP address is actually not just one single address. If looked closely, it would be revealed that it has to be on some device, both of them, the IP address and the subnet mask. These 2 things are responsible for working together to tell that on what network this device is operating and what the nodes of the network are. There might be some other devices as well which share the same network. Also, if one wants to talk to someone who isn't of the same network, there is a routing that is required. So it's basically the work of the IP address and the subnet mask to tell that when the data leaves the workstation, where it should be sent. Following are the classes of the IP protocol and the classes of subnets;

Class A: This class's addresses contain the first bit of its IP address set to the one number that is 0. This class has 8bit networking mask. Since the leading zero has been used, then only 7 bits of the address's network portion is left and it allows the maximum 128 network numbers which are possible. These numbers range from the 0.0.0.0. To the 127.0.0.0. The after wards are reserved for the loopback. That is used on the local machines for the internal testing.

The IPv4 is actually the short form of the IP version Four. It is actually an OSI layer three address. Normally, it is presented this way. These IPv4 are talked about in some decimal addresses. The computers are unable to read things in the decimals. They are into reading the binaries. Or, if this is expanded, then one can see that the IPv4 has total 4 bytes. Also, there are total 8 bits in one byte. Hence, it is safe to tell that the IPv4 has got total 32 bits in it. Also, since there are total 8 bits in the byte, then the IP addresses is supposed to be lying between the 0 and the 225. One cannot go any higher or lower than that. Hence, one can find around 256 possibilities in every of the byte of IPv4.

The latest version that TCP/IP has is the version 6. It is called the IPv6. It is not that much common globally but it is now gaining much fame and is becoming much popular now. There is one huge difference among the version 4 and 6 that is that the version 6 doesn't require the decimals anymore. Now, the hexadecimal format is being used to refer to this address. These addresses are pretty much large and there are total 128 bits. It means that in one IP v 6, one can find 16 bits. There were couple of reasons behind making this IP address become so long. One of the reasons was to ensure that now one never ever runs out of the IP addresses. The each section that this IP has, is normally separated with one colon. There are total 2 octanes in one colon. Also, it means that one can find the 16 bits and 2 bytes in each of the section that IPv6 has. Sometimes, one can find double colons in the IP address. But in reality, there is only one there. It means that the address is being abbreviated. Instead of putting down all of the zeros, there are some sections made for them. They are just put in some double colon. So if one doesn't like those leading zeros, one doesn't have to put them there. So instead of writing own the 0576 one can simply write 576.

Public vs. Private vs. APIPA:

There is an important concept which is associated to the TCP/IP protocol and that concept is about the public address and a private address. The private addresses were mainly created when the developers realized that this internet world is too huge and there are so many devices working over here and there would be soon a need arising to develop some new IP addresses since there is a great threat that soon we would be running out of these IP addresses. Then, they took the translation of the network address which might be there in the router and created some series of the addresses which were used within an organization as the private addresses. These addresses are not routed towards the internet. Because, they are assigned socially using the RFC as the private addresses. So everyone, who is there on the inter issuing this private address which is in the translated form. It doesn't just dramatically declines the number of the addresses but also provides some really flexible settings of the subnet that one can have in the organization. So among those private addresses, one has got three groups as discussed earlier through which the one can chose the IP address. Public IP address is used when one wants to have the network addresses translated and communicated directly to some other device located on the internet. Sometimes it happens that the OS is assigned to some local address. This is called as the APIPA. It stands for the Automatic Private Addressing Scheme, The fact is that one cannot route outside this network using this address which has been assigned locally. But one can communicate with using this local link to some other devices. It is called a Local Link address. 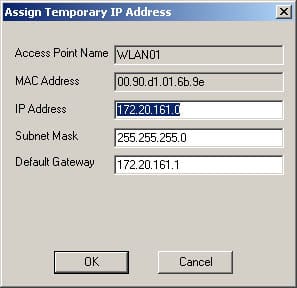 Whenever a device is assignment an IP address, it would either be the static IP address or the dynamic one. They both have some fundamental difference among them. The static IP address does not change and it stays constant over the period of time. The dynamic IP address keeps on changing whenever there is the connection and it is a continuous process. Many of the users do not require the static IP address. These addresses are mostly matter when there are some external devices or some websites which need to remember the address. The example of such is the VPN, remote access solutions. They trust only a few IPs which have been in there list. If one is hosting a server, then too the static IP isn't required. But if it is there, it can simplify the process. For those who use the dynamic IP, they can host a server using the DNS. The IP address is changed; the DNS entry also is changed automatically and is updated along with the new IP address. The dynamic IP is good since no one can get the real IP since it keeps changing.

This feature is available on many of the Operating Systems which allows the administrator or the user of the OS to specify that a certain entry of the DNS would be corresponding to the certain IP address. Mostly, by default, the client sided entry would be used if it is there. This thing is particularly useful when one wants to change the things up like some virtual hosts in some local website. One can enter the name one like and can get it pointed back at the system, in the networking environment. One would chose to do that so that he can use some user friendly names and doesn't have to remember any of the IP address. But, mostly, there is a local DNS that is used, not a client sided one.

The IP configuration, the subnet masking and the default gateway is normally put not automatically but manually on the systems. One can simply plug in and then automatically get these values which are associated to the machine. This happens all because of DHCP. It stands for the Dynamic Host Configuration Protocol. It is mainly responsible for the configuration of the IP address, gateway, subnet masks and the DNS servers. Many of the other configurations are also done through it on the computers. One simply just has to plug in, then the computer starts configuring the things by it. One can observe this thing while setting up some IP configurations on the machine. Also, one can find the option here when the one can use the IP addresses mentioned. Also, one can put in the IP address, DNS server, gateway and the subnet mask by hand. One also has the option of obtaining some IP addresses automatically. Hence one can obtain the DNS server as well. At the back end, this is like telling the OS that it should be using DHCP to do the automatic configuration. Before this all, one used to type all the IP addresses manually and now there is a new system which has eliminated that problem. It's called BOOTP.

All of the routing prefix used in the IPv4 networks, are general described as the subnet mask. It is the prefix of the bit mask which is expressed in the quad dots decimal presentation. This thing breaks a network in some small realms which might use the already existing addresses and the space can be used very effectively. Also, a subnet is responsible for allowing the IP networks to become subdivided for the sake of performance and the security. Also, it helps one identifying that which p the IP addresses are reserved in the network for the usage and which part of it is out there, for the host usage.

The gateway basically is a node that is used for routing the traffic from one workstation to another one. They are normally use in some organizational systems. The default gateway normally connects the outside networks with the internal networks. In this scenario, the gateway node can also be taken as the proxy server, also, as firewall. It is also associated to the route which makes use of the headers and then forwards the tables to check whether packets are sent or not, also, it is connected to a switch. This switch tells the real path for an exit and an entry point in one network.

Everyone uses internet and for this sake, they have to get connected to the internet. So, the one who wants to get some knowledge about how the stuff works at PC should know about the networking as well. It is the very important thing to do. Also by knowing about the IP addresses, one can protect himself from the danger of letting other know the IP address.