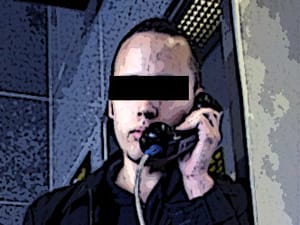 Here comes the security technique which is very impossible to be detected and it is named as the social engineering. It means that someone actually communicates with someone directly, with some social level and tries to gather some information from one or by the things that one does. A very common method for this thing is to manifest by the cell phone. One can get called at one's desk and it seems like someone is there who is working at the help desk. Also, they might give the name of someone who words there on the help desk. Then, they would start talking to one about the department where one would like to be. Also, they already get some information about one like where one's office is and then they will be making an excuse like there is some problem there and one's passwords are needed along with the usernames. Also, they will say that they can solve the problem there without having any issues there. Since one would surely trust that person since how would be from help desk and he would have that name too, so one would most probably give the information that they want to have. Someone even might have the social engineering in the building as well. It might happen that someone comes to one' house and tell that he is from some telecom company. Then, he would come to fix the photocopier or some any other d device. Thee, one should ensure that the process is followed and that all people have their badges and their identifications are checked. Then one can be sure that no one would be trying to get access to the resources which they should not really have.

There is one thing which is the most precious one. That is, the data that one has on his computer. That data is extremely valuable to someone and it happens that one doesn't want others to have that data or even let them see the data. But these days, the hacking some become so advanced that one can know and data and can even take it away even if one doesn't contain some of the username and the password. If someone is in a building and the packer isn't in the building, then too the data can be stolen. It might happen that someone brings that laptop in the public and someone is siting by watching him doing stuff with the data. Even when someone doesn't have any software, one can use the binoculars to see that's what's going on the computer screen. This is one of the simplest ways how one can gather information about another one even without talking to that specific person. One might even be sitting right behind one so that one can never know that he is being watched. So, one should be aware enough and should keep checking whether someone is looking at him or not. Now days that malware that one can see has taken some important form and it has been increased a lot. It can be something that can sit behind one and can observe that's what's going on there. Also, one can check that what is being typed. Then it cans end that key strokes to some central server where they have collected one's data and there is already some more information there like the username, passwords the credentials and those things sued to log into the one's bank accounts. It may even happen that they can put some of the software's there and then later; they can let them have the things performed at the computer which they want. Like, one computer might also be just a participant in the service attacks or it can also be simply just sending some information. Or the device maybe, is spamming. It can be the one which sends out the emails and it all is actually depending on what the maleware wants to do. Also, it may happen that they can lock up the screen and then send the message saying that one has done something illegal and to open that up, one should be paying around $200. Also, they can put the address where the money should be wired and one would send them money fearing that he has done something very wrong and it is penalty.

There is another thing which is not as common as the malware but that is important as well. This thing is named as the rootkits. They are named simple as the root in the Linux. One can't change the files it has since it doesn't have any file. One cannot see them in task bar since they are actually the part of the OS kernel. Also, they can change the file types which are there in the operating system. The worst thing is that one can't even find them since they are not shown in the task manager either. But there are the antivirus and the anti-malware that one can run and they might be able to identify them. Their hiding is fine in the OS and it is very common now. Whenever one finds something in the kernel which is integrated there, then there are chances that it is hiding in the plain sight. One might look at the windows system and there is the folder showing there are around 2000 files and the size is 700 megabytes. If some file is added there, one might not notice and even if someone gives them some weird names, then too one might not be able to find it out. Even if someone is going to assign some different name to it, it is of no use actually, since it can still get in there. They are very difficult to be found so it is important for someone to upgrade the OS to that root kits can't get in there.

There is another way here through which one can gather the information about one without even installing any software there. That way is easy and it is done through the process called as pushing. This is the method which is somehow, like the social engineering. That method includes sending someone some video or the website where one can go and then his data is read and stolen. It happens that lets say they will send a video saying there is some funny video. When someone opens it, they will ask for the username password at YouTube site. One would think it is YouTube but actually, that is the hacker's website and there one puts the information hence he can know the information for youtube account. This might get bad too. Like someone might think there is the PayPal website and logs into it. It actually looks like normal PayPal site but it isn't and the URL is changed. So one should check the URL as well to make sure the website is safe one. But sometimes one can find something wrong there. Like one can find that there is some misspelling done there. Or one can see that there is some image which hasn't been able to get loaded since long and hence. One might get feelings that this isn't the right site that he is actually thinking it to be. There is something else as well. It is known as the spear phishing. Here, the hackers exactly know about the users which are specific and then target those specific people only, let's say, if someone has the twitter account, on would have to see that who is managing it. Then, they would send them the spam to get logged in in to the Facebook thinking it is the page and then he can steal the username and password.

This doesn't mean one would even touch one's computer. It means that one can simply sit behind the person who is using the computer and then here he can observe that what one is doing. It happens that when someone is typing something and by telling we can tell what he has typed. Same thing is done here so one should be ensured that what's happening around and whether he is being observed or not.

Spyware is actually software like malware. It is used to spy on someone and the activities he is performing even if someone's password cannot be gained, one can know that what sites he visits, what are his habits and hence what kind if passwords he can be having.

This problem is very common these days. The virus is actually some little pieces of a code which get to the computer and then start making themselves twice, by reproducing. They act like the virus that is in the human body and that virus doesn't even require any of the clicks. One just has to click at some program which has virus. Then the virus will enter along with that program and will speed in the computer while reproducing. Also, it doesn't just reproduce itself, but the viruses which are now being sued these days have the ability to get themselves reproduced even across the networks that's is bad, the reason is, that hence one virus can get towards the other network just with the usage of internet. Some of them are stealth and one might not be able to know them. They do nothing to ones computer but just sit and wait for some time so one can't even know that these viruses are there. Some outshone virus is very bad they delete files and they may even create some very high levels of the utilizations. So one can also find some of the ways through which these viruses can get deleted. There are many of the antiviruses out there and one should surely use them so that they can stay safe.

Worms: Here comes the type of the virus which is called worm. It can actually replicate itself. It doesn't even have to be run on some program and it can take care of the process itself. Because of this reason, it can just be hopping around the network. Hence it can attack, many commuters in some very short time. Sometimes one might find that some worms are also good and they are built to do good things. They are called as the Nachi and they are patched to the computer so that any kind of worm cannot intervene here.


Trojans: this virus is also named as the Trojan horse. It is the virus type which actually slows a computer down in the performance. This is actually a malware which is left on the computer after the virus has attacked the computer successfully hence it can gather some instant information about someone. So it is important to remove it.

One can face many of the security threats and they are faced in many of the form. Each form has some special ability and hence one might need many of the antiviruses. First there were some malware, anti-rootkits and antivirus and one used to run them all together, but the technology has made life easier and now one can install one big version of some entity and hence in can be sure that he is completely protested from the viruses and all other infections. The purpose of that virus is to either slow someone down or to steal the information which can be very important for someone.