Network ports, their protocols and purposes

Following are the ports which are attached to these two networks; 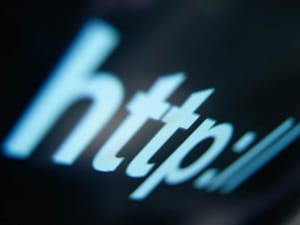 21-FTP: FTP stands for the file transfer protocol. The FTP uses two various ports to make the communication successful. The port 20 of the TCP is mainly used for second the data back and the forth. The 21 port of TCP is actually the control mechanism. It can be considered as the control channel. It is used among the two devices.

23-TELNET: if one is communication with the device using the TCP protocol and the port number 23 is being used, then it is the connection which has been established while working on a console screen which is actually connected to the device with the Telnet. These mail servers which are on the internet, are sent back and forward again and again. They keep taking and brining the mails from one server to another one.

25-SMTP: These mail servers which send the emails to another one and are responsible for the constant transfer of the emails, are known as the STMP servers. They are connected using the TCP protocol and the port that is used for such connections is 25.

53-DNS: DNS servers are the very important part of the life since one could never ever communicate at all if the DNS servers weren't there. It has made the life become so easy now since one can just simply take the name of the server and can get it converted into an IP address. Hence, one doesn't have to remember a big list of the IP addresses. DNS mostly works with the UDP, but it can work with the TCP as well. Hence, here too, one can know how different TCP and UDP are. DNS which includes the TCP can send the very large amount of the data between two points. They often are similar to the zone transfer. If one sees this happened, it uses the port 53 of the TCP to send and receive the data constantly.

80-HTTP: here comes the 80 port of the TCP which is HTTP. The web serves normally use some well-known port, which is the port 80 to get some conenction with the web servers and hence the browser can get some information for the user from that server.

110-POP3: the internet protocol named POP3 is mainly used when one is trying to retrieve the email from some email server at the internet. This is the post office protocol's version 3. It utilizes the TCP's port 110 so that it can retrieve the data which has been fetched from the server.

143-IMAP: Also, IMAP is one modern protocol. These are often used by the mail clients. It is abbreviation of Internet Message Access. Its version is 4. It is mainly used to get the emails retrieved with the help of the port 143 of TCP.

443-HTTPS: HTTPs stands for the hypertext transfer protocol secure. As the name explains, it is mostly used for running the secure webpages. It actually helps sending an encrypted web page to the other person so that no one can have a look at the data since it is encrypted. So, the data that's being transferred between the two devices cannot be seen by anyone. The port which is normally used for it is the 443 of the TCP.

3389-RDP: There is another TCO protocol which is last, but not the least. It is the remote desktop protocol. In the world of Microsoft, the TCP port used by it is 3389.

For the UDP, there is only single protocol which one can know and that is only for the DNS. It is also known as the DNS lookups. The UDP's port 53 is used for the domain name service. But if the zone transfers are being performed, it would use the same numbers of port. 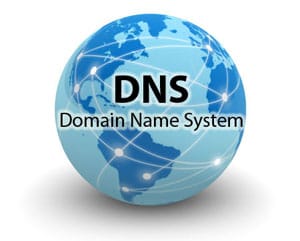 The networks today are using pretty complex protocols so that the IP address can be resolved, the files can be transferred, the database can be maintains and the infrastructure devices can be maintained. Here are some of the protocols which are being used for these purposes;

DHCP: it stands for the dynamic host configuration protocol. It provides the IP addresses in some automated way. The network has to have the DHCP server in order to get several benefits. Like, of one is at home, there is something that's already installed in router. Something that automatically gives the IP addresses. In bigger places specially, where there are enterprises, there can be some activated directory servers. Also, there can be some of the other big DCHP appliances too. The DHCP gives the user an IP address and also, some lease time. If one doesn't claim that IP to become the permanent one, it becomes the dynamic one. Also, one can have it for some specified period of time. Also, this server also provides some chances to check again when the lease time starts getting finished. So, one can indicate the DCHP server that he wants to use that IP address again.

DNS: When one shuts down the computers and turns it on again, he finds a new IP address there. Hence the management process becomes much easier. Such protocol is the one that isn't seem often but it does exists and make the lives easier. It is the DNS. This protocol works like magic and whatever the device name is given, it assigns it some IP address. Whenever we want to visit some website, we just simply write down the address and then press enter. Hence the website is opened. But the task done isn't as simple as it seems. At the back, the computer has DNC server that it communicated to and ask for converting the name to the IP address. That DNS server gave that IP to the computer and then the computer put it there and opened up the website.

LDAP: Another protocol which is behind many of the good workings is the LDAP. It is a standardized protocol which can read and then write the information to the directories which are over an IP network. These directories are pretty much like the telephones one. It contains the list of the names, and the telephone numbers. There might be even more information there and that's what this protocol does. It collects all the information about the person and adds it up. The telecommunication companies are responsible for creating those phone directories. These organizations actually wanted some way to fill the name and the phone number quickly. If one calls the directory service asking them to look it up, then it has to be done pretty fast. So, they made the LDAP which is the most standardized way to make this happen. Also, there is another type which is actually, the real version of the protocol, It is named as the DAP. But one should not mistake it to be the light weight. It utilizes the ISO stack to communicate over some legacy networks. The one that we use these days is DLAP. It is light wright and it is the one that uses the TCP 389, TCP/IP ports and the UDP 389.

SNMP: SNMP is basically used to get some really better health statistics from the devices which are the routers, switches or the firewalls. It works really simply. It's like; there I a management system which has been designed to get those statistics and then it send a message to the router asking that how many bytes have been received by it. Then, the router sends back the number that is the right answer. Then, the management server again puts the same question to the router and when the new answer is received, they both are compared and then the difference is shown. This protocol can be used in many ways. It can create some graphics; can send the alarming and the alerts if the number becomes too much high and if they fall down really quick. Every mechanism in the protocol is pretty simple and this way the statistics can be gathered easily.

SMB: those who are windows users, they use the SMB protocol. It is the server message clock. Microsoft windows use this one to share the files and specially, for the printer files sharing. It is the method through which the windows send some information among the devices that have to transfer dome data, or they want to communicate to the servers. SMB cannot be communicated outside the subnet. It can be, only if one has to bridge the information outside the subnet.

CIFS: CIFS is the way through which the windows send information among the two of the devices that are in need of sharing some files and the data. It is the short form of the Common Internet Files State.

SSH: there is another protocol which have been used quite often these days, it is known as the SHH. It means the secure Shell. This can help setting up the terminal connection to some other device. But during that, the whole communication done is encrypted. One can be sure of the fact that if someone tried to get the information when it is being transferred, they will not even understand a word and would never know what is happening.

SFTP: When it comes to the communication, it is not only the console communication which has to be encrypted. Also, the transfers are also important and they have to be encrypted as well. That's why; one would find the usage of STFP pretty common in many of the environments. This is actually a protocol for the file transfer. It uses the SHH to enable the communication. As it has been mentioned above as well, the SHH is just an encrypted terminal communication. The STFP is pretty functional. It gives permission to have the graphical displays as well where one can manage some file transfers. Also, one can add u some directories here. It becomes even more effective if one has got some file manager on a local machine. But, one might be using this through the STFP to do that on some remote device.

The both protocols have some very basic differences. TCP is protocol which is connection oriented while the UDP is basically protocol which is connectionless. The data transmission rate for the TCP is slower the UDP. The TCP's header size is twenty bytes while the UDP's header size is eight bytes. UDP is the light weight and there are no ordering of the messages, and there isn't any tracking of connection. But the TCP is pretty heavy weight. There are 3 packets which are required to set up one socket connection and only then any data can be sent. Also, it is pretty reliable while the UDP isn't reliable enough. UDP doesn't really have any option for the control's flow. TCP has the responsibility to flow the control. That's why; people prefer TCP since it is more reliable than the UDP.

Hence, one can see that there are two main types of the protocols. One should have the complete knowledge about both the protocols, their working on the parts they use. Also, these ports are very important since in a specific business environment, the different port can be required.