An overview of internet connection types and their features

There are many methods which can be used to get accessed to the internet. So, if one is given the responsibility to connect a firm to the internet, one would find many of the options which can be used for establishing connectivity. There would be multiple methods out of what one would have to choose one method. All of those methods have some advantages and the disadvantages associated with them so it is beneficial for one to learn about the internet connection types. These are the few options which are available to one who wants to get connected to the internet; 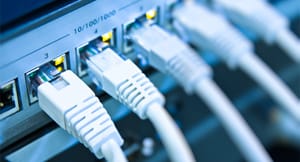 This is the type of internet connection which is very common in the homes and some businesses as well. It means that one gets the access to the internet by the cables which have been providing the traditional video signals. Now, it's used for the data transmission as well. There is also a standard which has been associated to it. It is known as the DOCSIS. It is the standard sets of the protocols and the methods that can be used by the cable modem. It can take off the data from that cable and hence can provide the internet connection through the Ethernet cable. There is a great advantage which is associated to it. That is, that these cables can provide some really fast internet connection. One can find some cable connection which are too fast that they can go up to the 100mbit per second. Now, the cables are being improved even further so even more data can be gained. Also, there are number of services that one can get over with these. The cable providers also know that one has the data; one can do some really amazing stuff. So, they don't just provide the traditional internet services but they can also can the voice services. So, they give the users a telephone line and a simple use of the voice over IP.

Here comes the common type of connection which is called as the DSL. It stands for the Digital Subscriber Line. Sometimes, it is known as the ADSL as well. The A at the start presents the asymmetric. That exists there because, the download speed that one wants for the DSL is different than the download speed that one have on ADSL. Hence those speeds are the asymmetric. This method uses the phone lines which one already has in their homes. So, it is easy to see them getting implemented since now one doesn't have to run so many cables. Also, the connections also don't have to be run from inside the house. One can just simply plug in the jack of the telephone in the DSL and that jack is normally already there in the wall. But, the DSL has one very big disadvantage. That is, that there are some distance limitations associated to it. On has to be within the 10,000 feet or maybe less from the side where this central office's DSL is located. If this thing isn't followed, the signals won't be following one to the home. Also, if someone is so far, the connectivity would also become so slow. Also, the maximum speed that one can find with the DSL is the 24MB per second. The upload speed is really just 3 and the half MB. With the ADSL, the high speed cannot be achieved efficiency because there are some limitations in the labelling and there are various types of connections which go through those cables and they also have some limitations. Sometimes, one might hear the words which are symmetric DSL or SDSL. They never got a standard which was especially created for them. Also, the technical problems associated with them do not allow some standard method of sending and the receiving the data at the exact same end. But, there have been some improvements done to the DSL and now there is the VDSL available. It is the high bitrate DSL. They are pretty common to the cable modems. Hence one can get 100 MB per second as the speed. There are many of the internet connections which are so modern and their speeds are pretty amazing. They are very high speed and they are the broadband connections. Many of the people are using that high speed internet. Modems are somehow, take the help of the phones lines which are standard. They can get them connected to the dial phone which is inside the home. So with the help of the phone line connection, there are some limitations that are put on the frequency responses that one gets. Hence, one can get some really slow outputs even if the modem connectivity means are used.

Many of the people have experience the internet connection which as was slow as the 56 kb per second. This is not the 54 megabyte per second; it is 56 kilobyte per second. If the data can be compressed a bit, then the speed of the 300 kb per second would be achieved. So it was like getting one megabit per second. The technology, lines and the technology that backs up the dial up connections didn't support the high speeds. The scaling this connection to some vast level because so difficult because the technology that was behind tis slow speed didn't allow it to be. When the dial up connection was used, then the phones lines were used at both of the sides. When the data was supposed to get transferred between two points, A and B, it became really difficult. Also, now the making of the dial up is pretty difficult as well. There are visibly declining number of the manufactures who are creating the modems actively. But, if someone is residing in some area where the high speed internet connexions are no there and there are no wireless connectivity, then the only one way through which one can get connected to the internet is by using this simply telephone line technique.

There is some high level of flexibility and the connectivity with the fiber cables. One can take this fiber optics and can take them to the one's home. There is too much bandwidth which is available on the fiber option and hence the connection gained can be good. One can have both the telephones lines over that cables and also, the internet connection. Another advantage that is being provided is that the strorage in the cloud. One can have too much data. Even in tetra bytes which can be in the clouds. Since one can use such high speed modem, then if one has the local connection, it can be assessed quite easily.

One doesn't just have to use those modern connections to get access to the internet. One can use some other methods woo which are non terrestrial. One of them is the satellite connection. It communicates from the ground station, which is the computer, directly to the satellite and then takes it back again. So one's signals have to leave this planet so that they can make some good internet connection. One can also have some really pretty thoughts on this connection too. Like, if one is buying this connection at home, then there would be the common upload speeds which would be about one MB per second. And the download speed would be 5mb/second. So this connection is great for these sites where one cannot get connected to the traditional connections. But there are some of the disadvantages too which are associated to it. One would have to buy some equipment which can support these connections. Hence the high cost gets involved there and it becomes more expensive than having DSL cable or the cable modem. So if one cannot find any of that choice, then this is the right choice. There is also some potential disadvantage which is associated here. The internet connection would have to complete some loop which would be about going up and coming down and it is going to take some long time. So if one is thinking about some real time functions that can be performed by the connection, then there would be patency found which won't allow the user to do that.

There is another connection which has been bolstered and it is not used these days. It is called as the ISDN. There are two types of the connection which can be found. The first one is for those people who have some small home and the businesses. It is also known as the BRI interface which means Basic rate Interface. This one is also sometimes called as the 2B+D. B is actually representing the bearer channels. This is actually the channels where the data goes over those connections. Since there is total two of the B, there are two kilobytes per second. Hence total 128 kb speed is gained. Also, the technology used behind it is pretty old one. The D here is associated with the 2B+D is actually a singling channel. Hence if one is sending the data again and again there would be a complete channel that would be used for the configurations. Hence the management of the connection can be handled easily. In some big organizations, one would be using the ISDN PRI as well. It is the primary rate interface. In the US it has the delivery over than T1 while in Europe; it is delivered over the E1 configuration. A T1 is actually 23 bearer channel and it I the data channel as well. Also, there are some alarm channels which are connected to it. 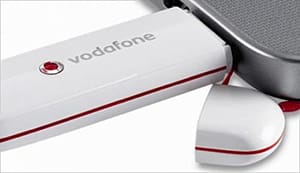 In today's ear, the internet is in a big demand and people love using the internet no matter where they are. They also desire the same thing in their cell phones as well. There is a technology that is being used on the mobile phones for the convenience of the people and hence now one can use those connections no matter where they are. There have been the 2G connections and they used a thing called as the GSM. Now, it has been founded that the 2G technologies are not so good and now there have been 3G technologies which have even introduced. Some of the connections which are the used by the mobile companies ate the LTE and him HSPA+. It has come from the third generation project. It is also known as the 3GPP. The most common among these is LTE. It is the long term evolution. It is based on the EDGE based networkings. The throughputs are really good and the upload is theoretically, up to the 76 MB per second. The HSPA is basically based on the CDMA technology. Here one can find the download speed of the 88MB per second and the upload rate which goes till the 22 as the theory says.

In the regional area, there is another type of the services which are being provided. They are known as the WiMAX. This covers a very large scale of the area. It can also cover up to the 30 miles on the radius. So, one can go anywhere in the radius and can find this amazing speed internet connectivity. There is an update to this connection which is known as the IEEE 802.16e. If one has a fixed station, the speed can be increased to giga bit per second. If one is in some mobile device, then the speed can come up to 100MB per second. But this one becomes expensive since it requires some equipment and also, the charges for this line are pretty high.