How to install and configure computer peripheral devices 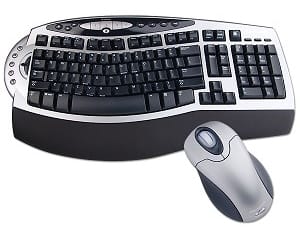 The device which are connected to computer and they are used to send the data to the computer internally, are known as the input devices. Following are some important input devices;

Mouse: Mouse is the one of the most common device that one would find in a desktop. It is normally plugged with the USB connection. It would be connected through the PS/2 port which is located on the back of the computer. In older system, one might find the serial port which was used to move the move around. The old mouse contained ball inside of it which helped it move. But nor the trend has changed the mouse that one uses contains some LED light. They are called the laser mouse. The LED light now emits out of the mouse sensing that where the mouse is being moved. The installation of mouse is easy, one can just plug the mouse and the drivers would be searched by windows itself. The mouse can be configured from the control panel where the speed of it can be improved.

Keyboard: it is the famous device that is being used today and it is connected through a USB connection at the back of the computer. Old keyboards used to have the Mini DIN PS/2 connection with them; one would have to go through the manufacturer's website to know that what are the drivers for the keyboard and then can get them installed when he connects the keyboard with the computer.

Touch screen: Touch screen is becoming common as well. They are normally used on the mobile phones and other smart devices. Also, the tablets also contain this feature. Now it is even common to find a computer's large screen which works with the touch screen system. It makes it very easy to type and navigate and one can bring the keyboard on the screen and type it there as well hence one doesn't have to install the keyboard. The configurations and the installation of the touch screen are also done in a display when it is bought.

Scanner: At a time, the fax machines were widely used by the people and till now, they use it. But now the tables have turned and people tend to use the scanners. The scanners have the ability to turn the paper's image into a digital one hence sending the data from one place to another while keeping the same paper with us is now an easy task and the data can be sent more easily through the internet. The scanners are now used a lot and one can simply scan a paper and save it in any format he wants to.

Barcode reader: If one goes to some super market or the retail environment, one would see the barcode. It's a machine that is used to read the code which is printed at the back of the products. The connection of the bar code is normally made through the USB connection. Some old versions of the bar codes also use the PS.2 connections to get connected to the computer. The barcodes use the laser technology to read the barcode. The light comes and goes when the code is exposed to the barcode reader. This eye can directly damage one's eye as well so one has to be careful while using this machine. The barcode contains a specific driver when it is connected, the driver is detected by the windows and hence it can work properly.

KVM: If one is working in an environment where there is a single display but there are many different computers connected to it, the one is using the KVM. KVM means the keyboard, video and the mouse. Here if one wants to move to another device, he just has to push a single button to get to other device. This set can be centralized and the KVM can be used to switch between all the computing devices.

Microphone: the putting of voice in our computer is very common. It is done by the chat or it is even done for the voice reorganization software's which are available in the market. Microphones on not only at the headset, but they can be found separately and are there in the laptops as well. They also have the specific drivers and the configuration can be made through the control panel.

Biometric devices: these devices are used as the security tools. They are mostly used on some portable devices which tend to go away from one. If one tries to use the laptop, he might find there is a finger print reader there and hence it is protected since only the administrator who has set it up can log in to the computer.

Game pads: Game pad is the wonderful thing for the gamers. It allows the gamers to have some control over the gaming experience.

Joysticks: it is the gaming input which is widely used. It is a stick which has many buttons on it.

Digitizer: the digitalizing pad has some specialized pins that allow the user to draw on it very carefully and accurately. They are for those who have got some artistic abilities and they are installed with the driver.

Multimedia devices have become so common these days and now they are an important part of our lives. Following are a few devices which are as follows;

Digital cameras: the digital cameras are the standalone cameras which are used by the individuals. These days almost everyone has got a digital camera and they are even embedded into the mobile phone where they can be used to take picture. The digital cameras when connected to the PC for transfer of pictures require the driver to get installed and that driver comes with the accessories.

Microphone: if one wants to do some conferences or the voice chat, he would be meeting the microphone. They are available as the separated ones as well which can be easily used. They are normally connected through some USB connection and there is the digital connector which is associated with it to provide the high quality.

Webcam: Having a video is now a great need of the everyday life. Now it is very common to find some built in cameras into the displays which are being used these days. Specially, they are so common in the laptop and if they are not present, it is pretty common to get it connected and it is done pretty cheap amount. One can also enjoy the live video if it is plugged through the 802.11 wireless connections which go into the USB connection in the computer.

Camcorder: Most of the video conference has to be recoded and hence one needs the camcorders. They are normally done for some live videos. Normally those people, who upload videos on the video sharing websites like YouTube etc., use this tool to record the videos and then can upload them on the PC, were after editing, they can upload it on the website. They are not only into the digital cameras but they can be found easily on every laptop and almost every mobile phone so one can record anything anytime without any hustle. The video is stored in the flash memory. There is mostly having the large storage capacities in the digital cameras so that the videos can be recorded no matter how big they are. For transferring the videos off the camera, one would need a Firewire, it is a kind of direct HDMI connection and it can be used to display the video immediately on some display.

MIDI enabled devices: MIDI stands for the Musical Instrument Digital Interface. It is actually a device which is musical one and can digitalize all of the information and can transfer it to the computer in some really standard way. Many of the application which contains these capabilities of the music use this midi as the standard format so that the information can be getting in and out of the computer. It is common to get these devices plugged into the computers with the help of some Ethernet cables and even the USB cables. While on the different side there in instrument is coated, the large din connections are used to get connected between the commuter and the device. 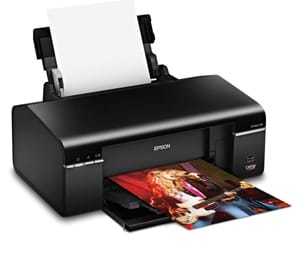 Printers: if one has the data in the computer, it is obvious that he has to take it out of the computer. There are several ways for it and one of them is the painters. These printers are available not only in the office environment and in some retail environment, but at the homes as well. One might need the printer to take out the prints of the important information he finds on the internet or the assignment which he creates. At office, many important documents are sent and received in the digitalized format and they have to be converted to the hard copy so they can be read easily. At the shops, one might find the painters which are used for printing out the receipts which are handed over to the customers. Hence printers are used in every aspect of the busy life. Printers have various types and the laser printers are the most famous type since they print really good. For printers there is much software and one must install the appropriate drivers to get them work. The configuration of the pinner can be done manually once it is connected to the computer.

Speakers: many of the features which are used by us are mainly related to the audio. Doesn't matter whether one listens to the podcasts or plays music, He would need the audio to be heard. Even while watching the movie or some educational video, hearing the voice is really important part and for that purpose, one needs the speakers. The laptop contains the right left speakers which are located at these both sides. There is also a subwoofer which can be used for the mixing of the voice. Also, one can have some advanced computer speaker which can be plugged into the computer externally for the sake of better quality of the sound. The laptops have various options which ate provided to user so that he can hear the sound with different options.

Hence, the computer is made up of many parts and each part plays some really vital role so one should know all the parts of the computer so that he can get the knowledge about how they work, how they are installed and how they can be configured once they are connected to the computer/laptops.