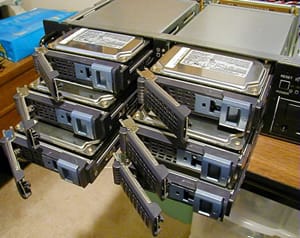 Hard drives are the key area of a computer system, based on which the entire system runs. So if the hard disk is in a good condition, then the system is also in a good and healthy condition. But, health of anything is a flexi system, which may show troubles at any point of time. What to do during such troubles. There can be many troubles in a computer device. But all troubles are not due to hardware. So, one is needed to understand which problem is caused due to a problem at hardware. Here is a short and effective narration of the common symptoms that indicates a damaged or trouble making hardware of any computer system.

Here are some common symptoms of the hard drive and the RAID arrays failures;

Any reading or writing needs a storage device. When human does read or write then they also need a super access of their brain, which is the storage device of human. But only brain doesn't serve the purpose. It needs intellect with it to complete the process of reading and writing. Thus for computer system also, the key thing to read or write is the storage device and the intellect there is the hard disk. Thus when one continuously sees an error for reading and writing in computers then, he or she must realize that the system is getting troubles from its hard disk. He or she may try again to look after the matter by a full restart of the device. Many a times problems are resolved there only, if not then manufacturer or mechanic may be given a call.

Sometimes the system display and a mouse move or even a move of the cursor after the key from the keyboard is pressed reacts after a minute or such. This is an indication that the hard disk is busy in doing something else. This happens with any one at his or her house. He or she may be going to do something, when the television in front is showing something which is very much attracting and lucrative. His or her entire concentration goes to that television show or event, but the remembrance of the work he or she was doing made them do the work, but due to bifurcation of mind the work progress becomes too slow to be completed at time. The computer hardware also functions in the same way. Whenever it gets busy in doing some important mechanism within, it's external command following becomes extraordinarily slower. So during this time it is better to allow the hard disk to complete its earlier work, and retry the operation a little while later.

Many a times the computer system behaves just like the human. One have listened to word, which has been told to him, but the person is so busy in doing something else, that he or she doesn't even want to lose his or her concentration by giving a mere response to the word. When, due to no response the words are repeatedly been told quite few times, then the person shouts to answer that he have listened to the words and will response a little while later. The computer system also does the thing in the same pattern as human usually does. The computer gives a late reply to the command with a loud voice. Here also this is an indication of the busyness of the hard disk and so it is better to give the hard disk some time to complete its earlier work and then follow the commands provided instantly.

Many a times the computer shows a message that there is a problem in booting. Now that is a serious case and can be checked at the bios setting of the computer. If these storage devices are mounted rightly, then the problem is in the hard drive. It's basically a temporary inaccessibility of data and thus the hard disk cannot get proper data from storage devices and other strings and spring setups. If the SATA or PATA are checked by reordering as prima and secondary memory, then also if the system doesn't respond rightly, then either a mechanic or the manufacturing team has to be given a call to make the system viewable by their expert eyes.

Sometimes it happens that the computer system shows a command that drive is not found or recognized. The immediate action at this command will be the option to check the disk, do necessary defragmentation but if the system continues to show the message, then this is an indication that the drive is to be replaced as the drive is losing contact with the hard disk and so it needs to be replaced. So, one must start making backup of files in other system or in other devices as the replacement of drive will result a huge data loss obviously.

One may insert a pen drive or any external device to the system, and when his or her work is completed then just make the system shut down and leave the set. Next time when he or she starts the system, then he or she may find an error showing no Operating System has been found. He or she may be astonished to see that, and may definitely think that his or her all data are lost. But there is nothing to become frightened about the thing as the command is shown because the external device is plugged in and thus the hard disk is thinking that that the system will be formatted with a new OS and when it finds no OS in the external device then, it starts showing this type of commands. So, just making the USB drive out of the system, will solve the problem at ease.

A number of server devices now a day use the redundant arrays or RAID arrays of independent disks. If one faces problems with controller, and then starts up the computer, he or she might see troublesome error command that says, RAID not found. So one may go for checking the configuration of RAID on the computer and feel ensured that the controller is working properly. If it's faulty or anything in it is missing, one may find a message inside of the computer at the start up as, this controller is not configured. It won't work properly.

If one views a message that Problem is with the array, then he or she may go for launching the RAID console to check the status of the drives. It is different for different RAID manufacturers. So one must check the documentation to see which process will work. And one must be able to correlate back the drives with any physical drive inside the computer. He would try to replace the wrong drive within the array

Sometimes the system goes off by showing a blue sign or a blue screen. This is a signal that the drives are not synchronizing with the hard disk that is why the hard disk is not responding to the command of the drive. This turning the screen blue and auto shut down or auto restart by the machine is known as BSOD. If this process happens once by accident and never repeats in the near future, then this is just a blockage of the hardware. But if the trouble is repeated many a times and is happening once in every login time, then there is a serious hard disk problem and needs a mechanic or the manufacturer support for returning the things in order. But before going for that, one must make it sure that every important thing has been backed up. 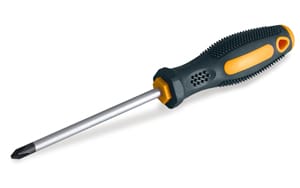 Now as the troubles of the hard disk are identified, so it is the times for a short description of the tools that are required to trouble shoot the devices or the hard disk problem.

The first thing one may need is the screwdriver for opening the device hard disk or to reach the drives physically. So he or she may require a screwdriver for the operation.

One may check the status of all the disks by putting a command at the command or run box as CHKDSK. But they can also find them at the start up or at the control panel or at the administrative tool. This will show one what is the condition of the drives and disks, and will also provide a user to defrag the device for clearing the residuals n the hard disk and make the hard disk run faster and smoother. If this thing also doesn't help one to recover from the problem, then for trouble shooting he or she may need to contact the manufacturer for warranty replacement or for maintenance.

The next important tool for troubleshooting a hard disk error is formatting. Formatting computer has three steps. The first step is to insert the OS drive in the computer through external devices or through CDs or DVDs. Then one may go the drive where the OS is there and go to the repair area for a disk check and repairing of the thing that is in wrong condition, or restore a string which has been missing.

The format usually solves all the problems, until the hard disk or the mother board has been damaged. If the trouble remains even after the format, then one may understand that the hard disk is required to be changed or replaced.

The final too for hard disk trouble shooting is using the file recovery software. There is much such software in the market that recovers file that has been moved out of the recycle bin; there is even software for recovering the files that has been lost or not saved. Using that software some missing strings can be reinstalled to get the trouble wash off.

There may be numerous problems in the device handling. There may be more problems in understanding the system. So a basic idea about the system software, support and hard ware helps one in many aspects. It is like knowing the first aid treatment. It's used to make the patient move out of the danger instantly, until the doctors come for the check up. Like that, the preliminary knowledge makes the user ready to handle the basic things in computer. The diagnosis problem in the computer is a big problem, as other than diagnosis nothing can be done out there. So to get out of the risks, one must know where from the troubles are sourced into the system, which is a mere problem or a temporary one and which one is a permanent one; which can be fixed by him or which can be fixed only by professionals; which problem is having its source at the monitor, which is having source at the configuration, and which one is due to a hardware crashing. Once this basic knowledge is adopted, the other segment of the basic knowledge is the sector for knowing tools. This tool includes software, and also settings within the system. Understanding this helps to do the first aid treatment for a computer injury instantly.