How to setup and configure Windows networking on a client desktop 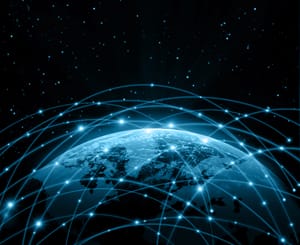 It is important for one to set up the windows networking on the desktop of the client. The reason is that everyone wants to get connected to the interest to share some information or fetch some important data. So if the computer isn't connected to the internet, he might not be able to do that. Also, the Windows Home group helps sharing the pictures, movies and documents etc. at the home work. Also, one can use the remote desktop hence can easily control the computer. Also, one should know that how the IP address is configured. That is not it; the configuration also includes the settings for the adaptor. Here are the ways how one can know about all these things;

The home group by the windows has created some really easy way to share the documents to everyone who is at home. If one has some photos and he wants other people at home to see them too, one can simply put them there so that everyone would be able to see that too. That's what done in the home group, the group sharing is done for all the people who are connected to the home network. If one wants to turn on that sharing mode, one can just click and then go; it would become available to all the people on the internet. To use the home group, the network profile on one should be selected for the home option, because if that doesn't happen, one won't be able to share. If one has configured the connected for the work or public, then too, he won't be able to get connected to home network. The configuration is pretty simple, one can simply go to the start menu and then control panel. There one would find the option of the home group. There one would surely find that there is not any home group currently on the network. Now select that option, and chose window will come. One can choose everything and then can click next. It would require some password which is used for the all devices used at the home. Now, one would just have to write the password and it would become available to people easily.

In the windows, one would find that there are the various groups of the computers which have been arranged in some specific style. The easiest way that is present there, is too simple built in the windows which is called as the work group. The workgroups are basically organized for the small departments which operate in some small organizations. They do not require any of the centralized management. One can have some workgroup there for accounting department. Also, there can be the separated workgroup for receiving and the purchasing. The problem with the workgroup is that nothing there is centralized and if wants to get something changed, then he would basically have to go to each computer individually where the data is present. Due to this reason, one doesn't find so many of the work groups which are used in any small or the large organisations. This is now used in some really small departments. When there is the point where the managing all things can become difficult, one can get the advantages of centralization by using something named as the windows domain. Having that domain requires one to get some Active directory, which is the special server. That active directory can be found, when everything there is centralized. One won't have to visit each computer one by one to edit and remove the data. That's why; it is a very good solution for big organizations.

One of the advantages that a person can get from letting people have the access to one's resources is, that they can see what is on the computer. There might be some files which are important and one wants to share. Or, they might want to get the printed which is connected to one's computer. So, everyone who is there on the network would be able to use that printer for one's print. This sharing ability is actually done by the technology in the windows which is called as the network share. One can just define some of the resource which can get shared on some computer. The windows do its work by ensuring that it is accessible to the other people too. Doing this, one would actually generate some drive letter which would be mapped to that network share in one's windows explorer, if one wants to get access to the file of the user that is on some other computer.

There are so many ways through which one can get connected to the internet. They can be the VPN, dial up, DSL etc. There is the option of the control panel, which is actually serves as the central place where one can go and then can set up the connection. Here are some of the methods which are being used or which have been used in the past to get connected to the internet;

VPN: If someone is travelling through some area and one has some wireless connection in some cafe or the hotel, then one might like accessing the information back into the corporate environment. Here one would like to take advantage of the technology which is built in and it is inside the widows. It is named as the VPN, virtual private network. This technology demands that somewhere with the line, there is a VPN concentrator. This hardware is of some special type, which can take some encrypted data and then can send it back and then can decrypt it. Also, then it can send it in the corporate network. Also, it reverses the way of processing when it gets back to one. Windows normally have some built in VPN networks. It is the client which allows the one to get connected with any of the additional software's in the computer. One can just connect the VPN concentrator.

Wire: The way in which the wireless network is connected, the same way one can connect the wired Ethernet connection as well. This type of contention is great for some computers which can stay fixed at the place. When one is using the computers, they should better go for the wired connection which is established by the Ethernet cable. That cable has got one part with the modem and the other with the computer. Hence, one can have more sped since the fiber optic used in it can make the data travel at some amazing speed.

WWAN (Cellular): If someone is interested in travelling a lot, then one can surely go for some technology which is named as the WWAN. It is the wide area technology which is wireless. It is actually the mobile internet which is used to get some access to the internet. For this connection, one would not even require some wireless connection point. One can simply use the same effective network which one can get by using the wireless technology. This thing is usually a small PCI interface. That interface is connected to some connection and there is some antenna for it as well. This thing is embedded with the mobile device. This adaptor is something which an easily be removed and replaced and even added, if one would like adding that to one's laptop as well. For doing this, one might need some of the third party software's. There is the software with the name Verizon. That software lets the device get connected to the wireless connection. So, one can combine both of the software and the hardware to get such capability. So now, one should not get worried about getting some wire or wireless connection since this connection can work us as well.

Proxy is a good and useful tool. But they cannot work for each and every application that one is using. Actually, if one is going to talk to the devices in the network, one would not want to have some talk with proxy. The reason is that it isn't needed since it is some extra step and one can obviously trust all devices within the network. So one actually gets some options of the proxy settings through which the exceptions can be set. If one is talking to the network which is inside the network, then one can build the security on some bypass. One can simply get access to the server without having worry of getting help of some other server to reach to this server.

This is some great tool which helps one getting the control of the system and they can see the picture which is actually at some other corner of the world. It is clear that this can be somehow, really amazing and useful. One dent has to go anywhere and just have to use this software.

When talked about these three networks, the home is the connection which should be sued when all the networks are trusted so that all the sharing can be done. The work network should be used when one is at work and wants to share little information like printing. But public network doesn't allow one to share the information since it is not trusted network. 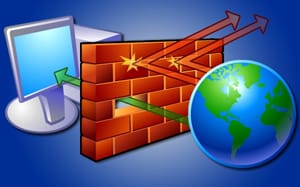 Firewall helps one get the computer secured. Following are important features of firewall;

Exceptions: It may happen that when one is connected to the internet, he would like getting connected to some network he knows, here the exceptions come. If the network interacts with other, the firewall can block that network access but if added as expectation, it would allow anything it gets into the computer.

Configuration: The firewall can be configured easily and man of the windows software's, who is antivirus, like AVG, can also be sued to set the firewall. One can do the settings from control panel.

Enabling/disabling Windows firewall: The firewall can be enabled and disabled by simply going to the control panel and by selecting windows firewall there.

Following are the ways how the alternate IP address can be configured;

IP addressing: every machine that gets connected to the internet needs some specific code so that one can know where that machine is connected. That code is the name of IP address which is unique for every machine.

DNS: This server helps the computer know that where one can go and then get the mapping of the name, top the IP address.

Gateway: gateway helps telling that how one can actually connect to those networks which are not the local ones.

The network card properties are mentioned as below;

Speed: The speed of the LAN card is very important. If the card has more speed, means one can enjoy some good catching of the signals and the bytes and vice versa.

Wake-on-LAN: This is the option which tells the computer to get on the hibernation when the owner is away and the computer isn't being used. This can be done by going to the control panel, and then the Personalization.

QoS: The QoS stands for quality of service. It is basically the hole performance so the computer which can be observed by one.

Hence, there are many things which one need to learn. One need to learn that how some security features like firewall can be set and how some programs can be allowed to interact with it. Also, that how someone can configure the proxy, what is subnet masking, DNS etc. Another important thing that one should be known is the networking grouping so that one can select the right grouping at the right place and can share the documents that need to be shared.