How to install and configure the Windows operating systems

As a matter of fact, it has come to the realization of many that an operating system is a very important aspect when it comes to the running and functioning of any computer device. This is due to the fact that, it is the operating system which controls every activity occurring in a computer. For an OS to run on a device, it must be installed and configured to run in the device. Windows installation is quite an easy activity which takes a maximum of one hour. With installation entailing putting the operating system in the device, configuration on the other hand means making all the necessary system settings so that the installed operating system can function properly with all hardware and other software components. 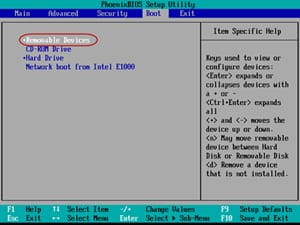 Here are the several boot methods which are available to one;

USB: One should know that with the absence of a CD or DVD, one might prefer to use a USB drive as a boot media. However, so as to boot from a USB, one should create a bootable USB version through the help of some programs. After that, one should now copy the operating system on the USB flash drive ready to commence installation. This is quite advantageous since it gives an allowance for updating any information in the flash drive especially if there are many computers to be installed with the OS where updating them is required.

CD-ROM:One should understand that many at times, the windows installation media is normally stored in a CD-ROM. In such a scenario, the computer onto which one are installing the OS must possess an in-built CD-ROM reader or it can be external in cases where it is not in-built.


DVD: One might find out that the DVD boot method is quite similar to that of a CD-ROM. This is due to the fact that the specific computer must have a DVD-ROM reader. If the reader is absent, then it automatically means one cannot install an OS stored on such media.

PXE: The Preboot Execution Environment is a capability that is present in most computers which allows for automatic installation of an operating system whose files are on a network drive. In this case, physical media is not required. 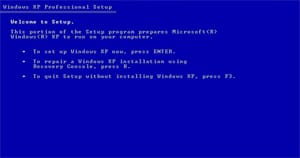 Creating image: One should know that this task basically requires the installer to come up with a windows operating system that is a cloned by taking an existing OS version and make sector copies of everything on the computer.

Upgrade: In-place upgrade is a type of OS installation where the installation begins with the presence of the previous operating system. Once it identifies the existence of an existing operating system, it automatically makes an upgrade to the latest version without altering any applications or files present.

Image deployment: This simply involves cloning the particular OS image to another PC if there is need for the machine to be deployed. On start-up, one should realize that the windows information is similar to that of the old system and hence one must not go through the installation program when bringing up a computer onto the network.

Hard drive partitioning is a prompt that one should come across when installing any windows operating system especially if it is a first time installation. Presently, most of the available computers run a Master Boot Record Partition Table which supports four partitions on one hard disk. The newer Globally Unique Identifier partition table supports 128 partitions.

Basic: A basic disk partition is an idea of Microsoft. This either has a Disk Operating System or Windows installed on it. It can bear primary and logical partitions with logical drives also inclusive.


Logical: Logical partitions are basically partitions that are created inside of an extended partition. An OS cannot boot from such partitions.


File Allocation Table was among the pioneer file systems for personal computers which have been on constant update throughout years.


FAT32 is considered an update or rather advancement of the FAT. It began with Windows 2000 and now in all later versions. It allowed for one to have volume sizes of almost two terabytes with files of a four gigabytes maximum size.


NTFS is a file system type that has more improvements compared to FAT32. This file system allows for file compression and encryption utilities without having to use specific software. It is a utility built to function with the file system and operate with the OS. It also has data recovery features and additional security in addition to many improvements regarding this file system. It has many versions with version 1.0 being the first.


The Compact Disk File System is one that is present in operating systems that allow the reading of compact disks or DVD-ROMS. It can be used on Microsoft windows, UNIX, Linux and Macintosh systems being an ISO standard number 9660. It simplifies the task of writing information on a CD.


Quick formatting is a specific type of formatting that occurs very fast. It generally erases data from the drive, formats it with the specified file system without going through the drive to check for bad errors. Quick format is an option only available for Windows XP installation and not Windows Vista and 7.

Full format on the other hand involves putting on the new file system meaning that it wipes data and puts the file system in place. Contrary to quick format, this one goes through all sectors in the entire storage device so as to make sure that data can be readily written on it.

Loading of alternate third party drivers may be a consideration when installing an OS. This occurs where the disk controllers in the computer lack drivers built in the installation programs thus making them inaccessible by the installation program. In such case, an option to install a third party driver may be available and hence one should have the driver available so as to access disks inside the system

When installing an operating system, there are some networking configurations that must be made. There is always a prompt asking whether the machine should be part of a workgroup or domain. In the domain setup, it means that the machine will be in an Active Directory domain most probably in a business. A workgroup setup on the other hand mainly arises when one's base of operation is mainly at home where one runs all one's activities.

During Windows installation, there is a prompt to ensure that one's date, time and region are set. This is due to the fact that there are different time zones and regions and therefore one should make sure one is properly conversant with all these aspects. Make sure one is aware of the time zone one's country is in. If the installation is on a home-based machine, the time should be the same but if the machine is office-based, one may need to double check especially if the machine is used in different offices. Language settings must also be adjusted with the Windows operating system giving a wide range of languages to choose from. For instance, do not choose English if one are not conversant with it.

For a windows configuration to be complete, it must be accompanied by loading and running of some extra drivers. Some of the drivers one may install include Graphics drivers, Chipset drivers, and Wireless LAN drivers among many others. Windows updates must also be properly configured and set. This allows the operating system to be always updated. For windows operating system, it recommends a computer user to adjust settings in such a manner that the operating system can automatically check for updates and install them. This keeps the machine up to date with the latest version of drivers and security patches.

Basically, prior to installation and configuration of an operating system, there are some important aspects that one must keep in mind. This is because these are aspects that are very important when it comes to the OS running and operation. So making sure that those tasks are done can improve the rate of the success that one would have while installing the configuring the operation system.