How to install and configure printers

Using Appropriate Printer Devices for a Given Operating System: 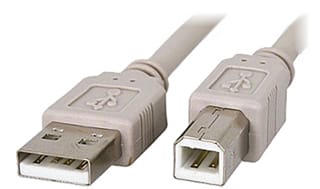 If one is going to install the printer in the computer for the very first time, it's not just the hardware that is the requirement; there is the operating system too which should be compatible with the printer. Ne should ensure that the printer drivers that he would be getting are the same ones that he needs and that operating system requires those specific drivers. Mostly, even some specific versions of the windows might require the different drivers from others. The example is that if one has the winnows, the drivers which for the printer would be different than those he would require in the windows 8. So, one should know that what kind of operating system is being run and what drivers to install so that the printer can get working properly after being installed. Also, the driver has to be the right one. The reason behind is that the printer drivers contains too much information which is very important. It also tells that which type of the language would be used in the printer operation. Maybe, the language being used is the PCL, or it might be the postscript and can be something different as well. The drivers actually determined that what kind of language that printer would be using to take to the computer, also, the type of the paper tray that would be expected on these printer types. If there are some various colours which can be supported by the printers, one might also find that the fonts which are being appeared are already there in the printer. Hence it would really improve any of the printouts which are being done. Also, something else that the printer is using to enable itself to give someone that output from that specific printing device, It isn't just the Operating system which has some good importance, it is the driver too which is very important. If we have two of the printers, then those two printers might be made by two various companies, ne printer might have the upper paper tray and there might be the manual paper feed tray too. Also, one would find the lower paper tray. Also, one would be finding some cartridge options which would have nothing at all, installed on them. The other printer might be different. It might have the different of the paper trays which can be associated to it. One would also be able to find some of the feeder which would be along with the tray feed which is manual, so when one would be sending the command to the printer he would find all the options there on the screen itself,

The printer sharing has the following properties;

Wired: If the printer that is being shared if the wired one, then one might find many of the various interfaces that are being used. These interfaces are mentioned as below;

USB: There is another way as well using which the printers can get connected to the computer. That is something, like the USB. Now a days, the USB has become one of the most common interfaces that one would be seeing here which can connect almost all of the things, Now, the mouse that we use, have the USB connection and also, for the printers too, these USB connections are very important since they connect the printer to the computer very well. They keys boards too, use this amazingly easy connections. So if someone finds that the printer would be plugged into the computers through some wires then it is sure that the wire connection would be USB type and the USB port is going to be used.

Parallel: The desktops which we have been using contained something known as the parallel connection. Those connections were used with the centroid connectors which are at the back of the printers. One would find some 25 pinned connection which is the plugging point in the computer. There are now, not bring used so commonly. These connections are very big ones and one would not find them being used on the computer where the amount of the space available for such connections is really small.

Serial: If someone here is using some sales type of the printer, then one might see some serial port that would be used there. One doesn't use find the serial ports that are being used to the desktop or the laptops. So, it is something which is pretty specific to the point of the sale.

Ethernet: There is some other way as well which can help the computer get connected into the commuter that is with the help of the Ethernet connection. One would find something which would resemble the print server it would be having the Ethernet connection with it at one of the end so that one can simply plug into the network and then can enjoy by letting everyone have the same access to the printer that was previously used with some USB connection on the computer, this print server helps more to someone, who wants that everyone there should be having the access to the specific printer

Wireless: the connections of the printers are not just the wired ones. There are so many of the connections which are the wireless ones as well and they give some string advantages to the person since they provide some really good connection options which do not include the hustle of having so many wires. One of that printing method which is being used these days, are mentioned as below;

Bluetooth: if one owns some mobile device, then it may be able to connect through the Bluetooth. One then can take advantage of the printer which can get connected to the blue tooth and this way, one can easily send the documents even from the movie and the laptops to the printer for printing. But, the Bluetooth printers works while using that PAN, which is the personal area network. This network is not so vast and does not spread over a large area. It means that if someone is there where the distance between him and the Bluetooth printer is several yards, then it is quite possible that the printer would not get the command since it would not be able to receive any signals. Hence there won't be any connected which can be established between those two machines. So, while using the Bluetooth, one would have to stay near the machine all the time.

802.11x: Since the Bluetooth can have the problem that one can only use this printer and the technology if he has the Bluetooth enabled and is located to the place where it is easy to get connected, there is some other technology as well which would surely be there in the office. That might be some large distance and one might not get enough wires to get connected to the printer. That time, one can become more mobile. Because, there is the option of wireless connection that one can avail and hence can get done with the connection headache. Using the wireless, the speed that one would experience would be of some megabytes which is still very god if one is using the wireless network. For the wireless connection, the most common technology that one can find these days is of the 802.11. This is the standard which is sued by everyone every single day. One uses this technology for the phones, laptops and the mobile devices. Also, the printers contain some antenna too which is placed at the modem.

Infrared: one method which was previously used for connecting the printer with the computer and now that method is not being used these days is the infrared connection. The IrDA was being sued and it stands for the infrared data association. This thing used a line of the signals aiming the mobile devices and the computer for the printer, as well. Although there were used for only the short period of the time, but this connection has too much of the limitations which were associated to it. Those drivers were supposed to get loaded, and the printer was not able to support it and there were only a free printer which could actually support it. Also, there was this problem of the compatibility which actually made those computers get out of the league.

Printer Hardware Print Server: This is basically the server which is there to help someone get connected to the printer. One can get it by using the Ethernet cable which has the other end plugged in to the network and by this, all those people who have the same network will get connected to it. 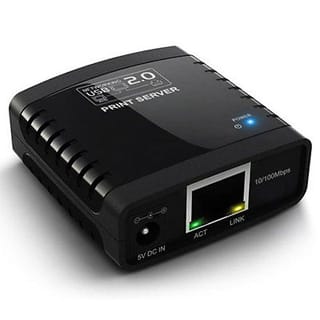 If one has the printer installed in the computer and it is connected to the computer as well, then one might get into situation where he has to share the printer with the other people as well. In such case, it can happen that when one connects the device, then everyone else can access it as well. The print sharing can be done in the several ways. Many of the windows have their most options for this purpose but they all have those options in the properties. Following is the method how the print sharing can be done and how;

Sharing Local Networked printers using Operating System Settings: One would have to put in the Ethernet cable into the printer while making sure other end is connected to the network. In the operating system too, one can get the other people connected to the server too who are ion the same network. The option of this is pretty easy. Since Windows 7 is the standard windows which re being used, so in windows 7, one can go to the control panel. There he would find the printer and sharing options. One can go to the printer and select the properties. Now if the properties are opened, one would find a sharing tab there. The tab is same in many of the windows. Now, one would have to select the sharing and hence everyone who is there in the network, would be able to access the printer now.

Hence, the printers have so many options and they can be set up easily. But installing the printer drivers might give some problems since many of the printers contain some different kinds of the drivers. So one should first check the model of the printer and then decide that which of the driver they should be using. The operating system also has lots of important in this regard as one can see that each operating system has different properties. When the new versions of the OS Windows 8 were here, many people complained about printer. So, it is important that windows version can also support the printer's connection. No matter which printer is being used, whether it is wired or not, the connection types they have and the type of the printer. Also, one can learn about the printer sharing which plays a very ital. role not just in the offices, but those homes too where there are many people who want to share the printer. In some large environment, one can access many types of the PS to get aces to various resources and hence it is easier for everyone else in the offices if the single computer loads the right OS and then is shared with everyone else where that can use it as well without any problem.