How to configure and execute Mobile Device Synchronization 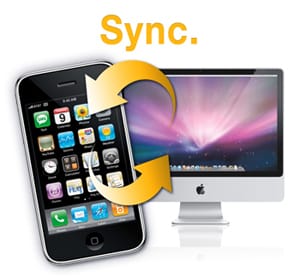 Types of data to synchronize

When the mobile is plugged in to the computer, there is some synchronization which is done and it is to update the data stored in the phone or the software which is embedded there. Here are the most commonly things which are synchronized and updated when the phone is connection to the computing machine;

Contacts: The most important part of using any calling device is the contacts. The contacts may be stored in the phone or device, in the email accounts or in the sim , provided by the service provided to the user. This contact list can be saved in the external memory cards easily and that can be transferred to the computer for keeping a backup of it. Once that is done then how to put the numbers added recently. There is the place where synchronization is required.

Programs : The synchronization of a mobile device is usually done by the cloud system or MEPC support. The cloud system is basically a server where data is allowed to be imported or exported. Every time a new update is made in the programmes, the synchronization comes into action. The programs can be easily synchronized by using a restore point setting for the PC or mobile tablet. However one may find it difficult to synchronize the programs of an Android set with PC, as the 'apks' are not installed in the PC., yet the cloud synchronization retains the configuration smartly , so that every update on the pc can be easily seen and used in the mobile. For example Google Chrome has launched an android application that can be easily synchronized with the PC by using the registered email id. Not only that they have designed the program such that all the bookmarks that are been made from the PC can be viewed and accessed from the mobile device also. Thus there are some software's and applications that are made with an inbuilt synchronization facility .

Email: One's email is a place where almost all the vital and necessary information of him are placed or kept for a motive of accessing them anywhere or accessing them on the go. It is such a thing that if not synchronized, then one may lose a contract and even more losses in business can be experienced from that. The email of any person is available for synchronization in any mobile by using the POP or IMAP server and using the security types to ensure no data loss or mishandling of the email. The security systems, generally used in the process, are SSL/TSL or STARTTLS. Google mail has its own mobile version, which not only synchronizes the email but other things like the documents through the drives and videos through tubes. Thus one can access anything in the mobile, what he or she was working on in the PC. If he or she is going through a document in the PC and shares them in the sheets at drives, then he or she can continue the work from there only from his or her mobile device.

Pictures: Another thing that can be synchronized easily and is very important for corporate use or even for personal use is the pictures. Pictures contain logos and important seals and all for the corporate and they also are the mementos or the symbol or the best or happy moments of one's life. Copying the images from one's PC every time is not only possible and if made possible, then also it's irritating. Images can be synchronized by using a numerous software like the Picasa of Google, integral or flickr. Thus the software's for pictures are very handy for use and is a necessary application for any mobile device.

Music: The Music collection and playlist synchronization is preferred by almost all music listeners, especially when the listeners are fond of listening to generics. Not only the playlists but also the personalized equalizer or environment settings are the places where a music lover likes. The music gallery and settings can be synchronized by using software's like ITunes or windows media player.

These are the types of synchronization that a mobile device can do with a PC. These data if synchronized rightly, serves the purpose of the users hugely. The corporate business also gets an Aid of this synchronization process once the entire system is connected with their main server. Recently a Reputed Indian Bank has started their banking from the mobile devices due to the cloud synchronization of all those devices with the mother server. This has worked beautifully and served the purpose of many. In other way, many of the World Class Banks have their mobile banking software that connects the server directly from the mobile to make the transactions successful. Not only banks, but the other industries like webhosting websites and online website making sites allows this synchronization every time, so that the progress may be synchronized with the mobile devices also.

Software requirements to install the application on the PC

We mostly have the requirement to usually synchronize software applications on our personal computers. It has become obvious now that almost every device run various types of applications as well as programs for us. In today's world of fast networking, virus free operating systems are preferred with an installation of modern software for smooth running of the computers. Every software does not support all sorts of data storages as well as the synchronization techniques with speedy connectivity mostly needed for the Android and the iOS devices. With the latest design of software sleek technologies mobile devices are coming up with strong storage capacity with various types of different scooping knowledge in built in the systems. We may have something stored which can be even contacts that keeps a list of every one we are supposed to know. Now these can be a support for using it personally at times but mostly at a business requirement level. The mobile devices at the present times are the leading industries of information and programming languages who rule the world of computers for us. An anti theft tool well known as the mobile tracker for almost every devices now a days have reached a certain point of success and contributed a lot in the recovery of many devices, laptops, mobile phones, and internet supported accessories.

If one is delivering a load of emails from the mobile, which almost everybody does now and then, and it gets stored in the emailing inbox of the mobile device. Every one stores different types of videos and pictures, connection with media and the internet world in a synchronized method inside the computers as well as the mobile devices. One needs to synchronize the mobile devices along with the desktop computers or else the laptops to run a smooth service. In this process we want to make sure that there should be availability of process synchronization compatibility with all these portable mobile devices with the third party devices. While synchronizing the mobile devices with the desktop computers one should make sure that there should be a contact on the internet compatibility mobile devices. The contacts get stored in a file inside a folder icon on the desktop and then if the computer is updated, the change will also be seen on the mobile as an update notification every time it gets refreshed. With the use of iOS systems, one can make use of iTunes from the Apple Company mobile and the computers so that it is able to perform this synchronization because it puts everything in the synchronized pattern that is inside the phone memory. ITunes is a music synchronization software both for the mobile devices as well as the desktop version. Therefore all the informational storage that we are adding to the device like the music, audios and videos, pictures, and various other applications will all get synchronized and backed up as a support to this iOS system that is already installed on our desktop as a computer icon. This backup system is now available and is done automatically when one synchronizes the device, be it mobile or the computer.

And the best part out of this is that while this process of synchronization is done, a computer user will not have to take any look about what and how the process gets into order. Therefore it has become very easy to have all sorts of the data and the information as a backup file whether for present use and for further use too. The main motif is that if there is any case of phone loses, then a new phone is needed of course but the information along with the data all remains stored due to synchronization process. For the retrieving data what one needs to do is to plug in to the iTunes icon of the desktop where all the stored details are kept as stored items and then it will take as the backup and in this process acts as a restore file for the new device. There are a number of different connection options available to perform the functions. But presently there is a lot more to synchronize that is done over online to Google. Few android devices do not quite in having the same level of synchronization functions that are available. The android operating systems that was built along with the synchronization with the Google provides a level of competency to the user. On iOS , we mostly make use of connections that is proprietary. There are older devices that make use of Apple 30 pin connections mainly with the newer devices that Apple has coined with the name of lightning connections.