What are connection interfaces and their purposes 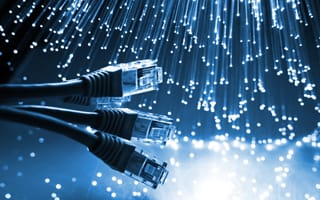 There are the connections which are made externally and the data can be transferred without opening up the PC and the mediums used for the data transfer have some speeds as well. Some of those physical connections are as below;

The USB is the most common way to get the devices commented to the computer. The oldest version of the USB is called the standard 1.1. Is it pretty old and was the first ever version introduced by the USB. The low speed of the USB is around 1.5 m per seconds. The cable through which I t can run at this rate is 3 meters. The full speed that this version has is 12 megabits per seconds and it requires the maximum of 5 meters cable at which this speed can really work on. The version 2.0 is the second version and is considered as the modern and latest version. Most of the people are using this version currently. It also has high speed. At five meter long cable, the slow speed that this USB has got is 480 megabits per second. SO hence it has some really big edge over the previous USB version of 1.1. The latest version that is coming out in the market is of the USB 3.0. At some places, this version can be seen. Users are calling it the super Speed USB since the amount of data that it can handle is 4.8 GB per second. It is a huge increase over the 2.0 USB which entertains the data at sped of only 480 megabits. But, the distance which allowed the transfer of data at such amazingly huge rate is pretty small. The maximum distance which can bear this speed is 3 meters.

Connector type micro, mini, A and B:

Normally USB has only two types which are A and B. They are mostly used in all USB. The type A is normally flat and has the rectangular surface. The interface has the connection by the friction which makes it become toe ay for the user to connect or disconnect the USB with the port. The type B USB connectors are made doe the USB peripheral device. It is square type in the shape and it has somehow, some bevelled corners which are located at some top ends of the connectors. Just like type A, there is some friction there which helps the user use this connector with ease. The micro and Mini USB are of many types like there is Mini USB 5b pin, 4 pin and Fuji while the micro USB is of type A, B and AB. They all have some different shapes and hence are recognized majorly by their shapes. The micro USB connectors are normally smaller than normal connectors and the mini USB types are smaller than micro USB connectors. Both of these are used majorly in the devices like mobile phones, PDAs and the digital cameras etc. 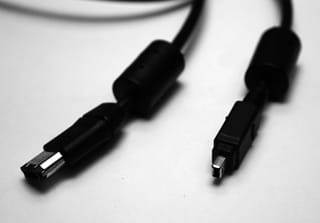 At here is another interface connection type which is pretty common among all the connections. It is called the Firewire. Sometimes, it is also called as the IEE 1394. Apple has given it the name of Firewire. Some other manufacturers give it the name of Lynx or the iLink. This amazing interface gives the user authority to get almost 63 devices connected to each other. Hence these devices can get connected to the computer with the help of only one interface that is the Firewire. One would find the two types of the Firewire. The first one is called as the Firewire 400. In the half duplex, it can run at 100, 200 and the 400 Megabits. The distance that one should imagine with the Firewire is mostly 4 and the half meters which make up 15 meters long. The maximum reach can be 72 meters. Each Firewire device is kind of repeater. One can hence, have the total distance of a 15 feet cable and the Firewire device, and the other Firewire device again would come at the distance of 15 meters. Hence it can make up its way all to the 63 various devices. The total distance that would be there is the 73 meters. One might not be able to set up the 4 and the half meter distance among each drive but as long as the distance doesn't exceed the 72 meters, then one can use the Firewire 400. The newer version of the Firewire is the Firewire 800. This update has allowed the users to have some great speed. The point to be noticed is that this Firewire 800 has the speed of 800 megabits per second. It can go with the full duplex. So it indicates that there would be the 800 megabits at one direction while the other direction would also have the same 800 megabits. There are some various other types of the connections as well which can be used for the Firewire 800. One of them is the optional connection and it allows the user to go to the 100 meters as well. The copper connection would allow this distance but still, one would have to maintain the distance of 4 and half meters and the maximum of 72 meters distance of the wire. 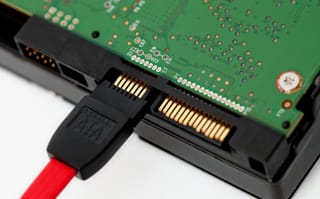 The SATA is the most common standards which can be found on the computers used in the today's life. SATA 1 is the first ever version of the SATA which actually allowed the transfer of 1.5 gigabits in a second. The maximum cable size that can be used by the SATA among the motherboard and the device is only a half meter. The SATA 2, as the name indicates, is the upgraded version of the SATA1. It contained some revisions which allowed it to transfer the data at the rate of around 3 giga bits per seconds and the length of the cable used for this purpose can be one meter. Hence the speed was changed but the length wasn't changed at all. There then, was introduced a third version of SATA as well which is called the SATA 3. This version can now carry a huge amount of data transfer that is 6giga bits. The size again, hasn't been changed and it adjusts the speed which kept being doubled. But one can use the eSATA as well. It stands for the external SATA. These devices can be used outside the computer. The speed of this SATA would normally be matching the speed of other SATA devices but since it is operating outside the computer, so one can increase the distance of the cable and hence it can become a little longer when the drive if moved from the computer. The maximum distance it can be moved towards is the 2 meters.

There are some other connection types as well, which help the computer get connected to the rest of its parts both internally and externally. These connections types are as follows;

Serial: The serial cable is accountable of transferring the data between the two devices with the help of some serial communication protocol. The shape and the form of the connectors can entirely depend on the particular serial port that has been sed. Parallel:

VGA: Video graphic accelerator connectors are normally the ones we see at the back of the computer. They are normally available in multi-colour and look so bright to the eyes. So hence one can recognize theme easily. They can carry both the audio and the video signals through the cables. Also, there can be used the shielded cables which help a lot reducing some noise and the RFI, hence placing some high quality data transfer through the wires.

HDMI: The HDMI cables are of five types and the type can be chosen based on the work it has to perform. The standard bale is the one which is designed to take care of most of the home appliance and the computer power as well. It can give some HD resolutions since the data can travel in some really neat way. The second is the HDMI with the Ethernet. Ethernet is normally used for connecting the LAN card to the modem when the Wi-Fi isn't available. Hence the good speed of data can be transferred which results in high quality internet. Betides regular Ethernet cable, there is the high speed HDMI cable as well which is specially designed for high speed networking's.

Audio: The audio cable is very normal and is sued frequently by everyone. They are like the cable we plug in the computers and that wire is connected to the headset.

RJ-45: RJ 45 is very standardized cable and mostly it is seen in the edged of the Ethernet cable. It is in somehow, a square shape.

DVI: The digital visual interface is the name of this connector. It has two types which can support the analogue and digital media transfer.

Speeds, frequencies and the distances of Wireless Devices Connections: 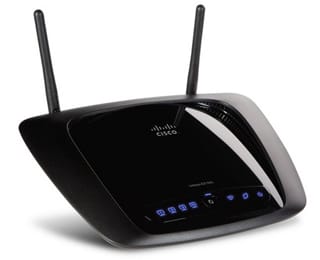 The distances which are covered by the wireless derives are normally too short. They are measured in some feet and meters. The blue tooth is the wireless device that can provide some longer distance since the distance is extended a bit. There is more flexibility in the devices which can be found. For example, the blue tooth 2.0 is also known as the EDR. The speed that this gadget has is 3 megabits per second. The distance which can be travelled by it is 10 meters. Also, 30 feet's off from the services for the class second devices. The class three bluetooth mediums have the distance of around 1 meter which is just three feet.

RF stands for the Radio frequency. It has now become the same as the high frequency signals and the wireless. It is basically a wireless electromagnetic energy which is mainly used for the communication. The frequency of it is ranged between 3 to 300 Hz. The frequency means the rate of the oscillation of the waves, or the speed at which the signals can get transferred. In computer industry it has a major role since many of the devices has it as the wireless network and it plays some important role in the LAN (local area network).

IR stands for the infrared. This communication technology is basically used to connecting the devices which are located at some short ranges. This communication has some serious limitations. One of them is that it asks for some short ling of the sight. Its transmission range is pretty narrow and it doesn't have the ability to penetrate through the walls. The services of the IR technologies are pretty cheap and they are used only as the short term range communications made. The data transmission which is transferred between the IrDA devices is normally unencrypted. Also, the limitations cause the interception of this communication become more difficult, It I a common practice that the IrDA devices communications are normally exchanged on the one to one basis. The fastest data rate that is has is 14 MB. It can work only up to the 10 meters but the technologies and the appliances it is used it, are okay with this distance and speed. Normally the remote controls that one uses at the house, work on this technology as well.

One PC can contain so many connections and these all connections can get connected to the motherboard in various ways. But they might become confusing for the user since the type and the connections can resemble sometimes so it's better for a user to know what kind of connection is required at a specific connector so that he can make the appropriate arrangements without any problem.