The laptops have many features which are not found on any other computer device. The reason being is that laptop has different size and hence its functions and features are different from a desktop's functions and features. Although, the core functions of the desktop and laptop is the same, but there are some features present on the laptop which are pretty different them. These features include some different keyboards, the various functional keys, the backlight in the keyboard, the touch pad etc. Following are few of the features which are present in laptop but they are not present in any other device; 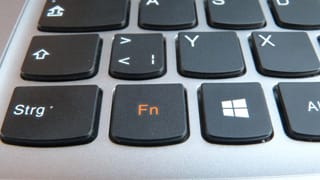 The one of the very prominent change that one sees between the desktop and the laptop is, that laptop have some built in special keyboard which doesn't have a numeric pad. The keyboard and there are some special function keys there, like the FN key. It is named as the function key as well. This key is used to carry out some additional works and to unleash some additional features that normally one would find on some full size keyboard used at desktop. One would not find the numeric keys, but one would find the numbers in the second row of the buttons. There might be some blue numbers there which could be typed only when they are pressed and held down and the function key also has to be held down at the exact time. Every laptop, works a little bit different with these function keys. One should make sure to check the laptop's model so that he can check about how the keys can be used and what uses do they have.

Normally when one works with the laptop, he uses only the display which laptop already has. But when someone wants some additional screen that can be connected through the function key as well, One can imply bring the another display and then, one could have to tell the laptop that there is a display which is connected to you. One would ask laptop to simply take that signal which is there in the screen and then send it to the secondry driver. His thing is done by using the function key since the message would appear asking one to press function key and then the signal would be sent. One might get some options when he connects the other display. It night happen that when one hits the secondary functional key, and then the display key which is on the keyboard, there would be there option available for using the LCD as the display. One would also find the option there to duplicate it, or mirror it. Hence one can extend this display and this way, those two displays would become independent and there would be only one signal which would be sent through the computer on the projector or to the secondary monitor.

Many of the portable devices have got the speakers which are built in to them. So, it is something really great for those people who love watching some videos and the songs on the laptops. Hence unlike desktop, one doesn't have to install some additional headset or some speakers to entertain one self. But if one is busy in some important gathering or one is busy in some meeting, then that speakers become bad for them. They might consider the voices coming out of it, as noises and they might want it to get quiet. There is a solution for that as well. One would surely find some switches which would have the volume keys on it. These keys can allow someone to turn on the volume loud and to turn it off as well. Also, there might be some extra function key on that keyboard which and help doing that. Many modern computers also contain he touch panel where one can touch and get it done. Also on the screen of the laptop, one might find some buttons which are able to serve the purpose. Some of the volume control keys can be found near the edge of the laptop. Or sometimes, even near the keyboard. So, one can turn it up, turn it down and can also completely mute the volume. Sometimes near the front of laptop, one would find a dial. So, one can simply spin that dial and then can increase and decrease the volume. But no matter which switch is being used, there are many chances that one would witness some of the visual effects on the screen. There are some drivers which are embedded there in the computer so that the user can always know whether the volume is being increased or decreased. When some action takes place, then that information suddenly pops up on the screen, showing the one that what the current volume level is.

It is of common knowledge that LCD is out gateway to see what is present on the screen. But, one might have even more control on how bright that information screen can be. One might find there some secondary function key as well. One would simply hold down the function key on that particular keyboard and the brightness would be changed. One can press it down and then can press up arrow for increasing the brightness and the down arrow for decreasing it. So, if one is working in some dark environment, one can turn the brightness up so one's eyes are not hurt. Also, if one reduced the brightness, one also reduces the amount of power that is being consumed by that laptop so, if one wants the battery to work a little longer, and then one should make sure that the brightness sis set at some level where one can easily see and it shouldn't be so bright.

The laptops have some another amazing features. It is not only the 802.11 which can get turned o and turned off. There are some Bluetooth buttons there as well which can get on and off. So, if one is travelling through the plane, he can simply turn them off or can turn them on. If one is sitting in some environment where one has the Bluetooth on but the wires network is on, there would be some settings found where one would be able to make that independent wireless function become on and off as well. But, one should check one thing out. If one sees that the blue button of the laptop which is like the symbol of Bluetooth, it means that it indicates whether the Bluetooth is on or not. If that symbol is lightening up, it surely means that the Bluetooth is enabled. 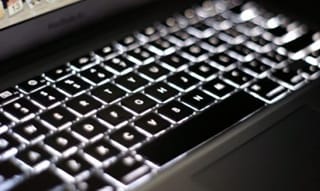 There is another amazing feature which is offered by the laptops. It is that the keyboard of the laptop gets lit up from the back when someone uses it. It works perfectly nice when one has some reduced brightness and the light comes from the keyboard, making it easy for him to type the words he want to. If someone is in habit of working some dark places, like on some plane at night, then this thing can really come in handy. The light shines under the keyboard so one can easily see what's going on and what he is typing. Everything becomes clear on the keyboard hence one can use those keys very easily. Also, there are some button in the laptop, which can help one know that how to adjust the intensity of that light. Also, one can turn those lights off can turn on them whenever he wants. It may even happen, that one presses the keyboard and after sometime, the light fades if the keyboard is idle. One might not us the keyboard all of the time, but one surely does have the control of what happens to their computer.

Even though one might be using the laptop so much and he carries this machine around every day, But there is always some central system where one when comes back, sits and connect the laptop to power and the computer and plugs and unplugs many of the cables. That specific place is called as the port replicator. Here the connections that one plugs and unplugs etc., can be for printer, scanner etc. Then, someone plugs into the dock station or the port replicator. When one is talking about the docking station, then one I surely talking about the device that have the ability to duplicate all the ports located on the back. It can also sometimes give the ability to add up some big size cards. The port replicator is different. It doesn't have some very specific function. When one is using it, all they do is just plugging in all the different connection in the back of this port replicator. Then, where one would like to, one can connect the laptop to that port directly at singly time. Hence it becomes very easy for one to being the laptop.

Cable lock is there to protect one from having the laptop getting theft. It is actually a cable which one can get connected to the laptop. Then one can turn this cable around something solid which cannot be moved, Also there are some metal desks there which are impossible to be taken apart. So one can simply connect the laptop to it, can go and have some coffee or anything. Some laptops have the small slot which is located right in the side of that laptop. That lock can accommodate the metal which can be used for plugging in this specific lock. There are some other physical locks as well. Some of the locks are for the finger printing security. Some of them can be seen when the computer is closed. When the lid is closed, then there is a lock which helps computer get closed. Now, there are some magnets which are inserted in that area. Now when the laptop's lid is shut, then one can easily see that the magnet becomes activated and it keeps the lid closed unless the human force opens it up.

Hence, by reading this all, one can learn that there are some features of the laptops which are very different from the computers. The reason behind this is that there are many physical differences among the laptops and the computers. Also, since the laptop is small, their functions have to be more advanced and smarter so that they can compensate and can become an effective portable machine.