The basics of client-side virtualization 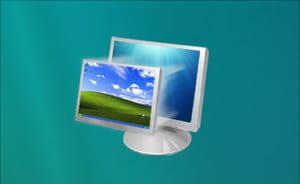 The client side virtualization is very important factor here since there are many advantages which are associated to it. One can observe that this ability helps one tightening up the security which helps him securing all the data that he has. Also, the control over the data management and the data travelling can be made stricter and hence one can feel in the full control of the system. There are several characterises which the client sided virtualizations have, some of them are mentioned below;

The Virtual Machines are basically the software programs which behave and emulates like another computer system. The Virtual Machines operates like a complete computer system but on another computer hardware creating a unique facility for the user to operate two operating systems (OS) on the same computer hardware on the same time. However, this feature is not harmful in any respect and there is no data loss to the host computer when a file runs on the virtual machine system. If the primary computer operating software is damaged being victim of viruses, it can easily be replaced with the fresh one. The Virtual Machine interface has ability to install the operating system on the host computer by using its own interface.

Therefore, we can say that the main purpose of Virtual Machines is that we have a software version of a hardware that really does not exist. Also the user is enable to save his precious time working on single computer instead of separate computers, cost saving as electricity charges are of single computer, and many more. Most importantly, you can install such programs and software's, which were never made to be run on the host computer operating software. The Popek and Goldberg defined Virtual Machines as "an efficient, isolated duplicate of a real machine". However, some features may not be virtualized like time, clock, device controls, etc. The Virtual Machines can be further classified into two types concerning to their nature of working;

The System Virtual Machines: provides the computer supported interface to execute the functions and commands as the real Operating System. This system is used where no physical hardware exists for various uses and provides you an opportunity to work on the same computer architecture but two operating systems at the same time. This Virtual Machine software is installed on the hard drive of the host computer system either by virtual patrician and can use the printing, faxing and other applications of host computer. Hence, there is time and energy saving option available.

We know that all types of software require specific space availability to installation and give good performance. In case of low space, the software and the concerned operating system will take more time for processing and may hang-on for a moment. The Virtual Server 2005 provides many options to manage the virtual machine's system resources. You are able to allocate the memory required to be allocated to the Virtual machine in addition to the control settings that how much the host computer's CPU resources shall be allocated to the Virtual Machines. We have also discussed the same in above types of virtual machines. Therefore, resource allocation can be sub-divided further to:

Allocation of Memory: This is one of the main parts of its configuration. When we create Virtual Machine, it is also compulsory to specify the requirement of memory for the virtual machine. It represents the total memory in GBs or MBs that the virtual server shall allocate to the virtual machine. However, the maximum memory is limited up to 3.6 GB, which also depends upon the availability of space in the physical memory and this, can further be modified when the virtual server is off. It is important to mention that the memory setting page automatically shows the calculation after analyzing the availability of physical memory that how much memory you can allocate. Whereas, virtual machine requires at least 32 MB space more than the mum limit to run Video RAM (VRAM).

Allocation of Other Resources of CPU: It can be described as the maximum and minimum resources your host computer has available to allocate the Virtual Machine along with the other level of controls. However, it only shows the resources you have specified on the resource allocation page. This is called Resource Allocation by Capacity. You can assign the number ranging 1 to 10,000 to a Virtual Machine that how much it is important to allocate resources to this particular virtual machine over others. The 1 represents the minimum and 10,000 represent the maximum weight. This is called Resource Allocation by Weight. 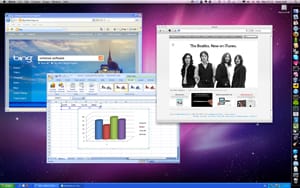 There is a bit difference between the virtualization and the emulation. The emulation describes the complete process and requirements required by a virtual machine to be operated like the physical/host computer. All the date is that the complete operations are simulated in software whereas; the virtualization requires hardware like CPU of the host computer. This term was first used by IBM in 1957 and was referred to the hardware only but now in the modern age it is used for both the hardware and software configurations. These emulators were invented to run a program basically designed for different architecture of computer. The video games in Playstation2 could be played in PC or Xbox 360 by providing an ideal environment of duplication. There are various types of emulators written in C-Language and some of them in Java like Commodore 64, Atari, Nintendo, etc. However, these emulators were complex as most of them were written in C-Language until it was written in Java. The Java PC project (JPC) is pure java emulator in the X 86 platforms and it runs where you have installed a Java Virtual Machine. This program is installed over the primary operating system of the host computer and creates a virtual layer giving opportunity to install another favourite operating system on it in most reliable and quick manner. This JPC is easily installed on Windows, Linux, etc operating systems and provides dual security system. It does not harm data on your primary computer because of various security layers and runs about 20% of the native speed of the host computer making it the fastest emulator software. The emulation process only requires the availability of an advanced architecture of computer to benefit you the chances to use many restricted consoles on your PC.

It was once thought that the virtual machines could not be attacked and is most safe to operate for computer operations but it has been falsified as the efforts of criminal activities of attackers. In year 2012, the first Trojan virus named "Morcut". The software companies invested on the virtualization with only aim to invent a safe working environment and cost saving but this justification has failed completely. You also need registered antivirus software for its security. Most of the security concerns arise due to the operations not by the virtual machine itself. It needs to be secure via various methods and techniques. The first technique is to use a secure network for data sharing purpose and always install a registered anti-virus program on the host computer. When we share a data from the network of host computer using Network Interface card (NIC), it is possible that a virus may attack the data centre of virtual machine. Moreover, we can use the trusted portion of the hard disk of host computer as patrician for various operations of virtual machine. You can also put an anti-virus program in the virtual machine and keep on scanning the data as a routine task and keep malwares out of its range. To keep virtual machine a secure one, you should use the anti-virus program, patching and cloning and host-based detection of errors and viruses. Moreover, strictly restrict the unsecure network accessibility on the host computer will lead to the security of data on virtual machine to much extent. The Kaspersky has detected three approached to safe data and other operation of virtual machine

The Agent-Based approach, complete anti-virus program is installed on each virtual machine as used on the host computer. This method will however provide safety to virtualized data but performance shall be compromised using this approach.

The Agent-Less approach, despite using the traditionally used antivirus programs, a built-in anti-malware should be provided to the Virtual Machines, which will keep it away from attacks from networks integration and other possibilities. It provides the virtual machine with opportunity to update itself and takes much less space. However, due to unavailability of scanning, processing and other options as to full anti-virus program, the agent less approach limits itself from complete security. This approach will also require more space due to the requirement of separate system manager. This approach is much beneficial where the virtual machines are only used for storage of data.

The Light-Agent approach, it is the combination of both the agent-less and agent-based approach and gives the opportunity to operate a special tool box to control the various malware activities. The malicious contained websites can be blocked via alarm alert sound system. This is the widely used approach. We can say the best fit between the performance and safety.

You need to follow few steps to get connected your virtual machine to a network. A separate IP Block shall be required separately for your public or private network. It depends on your interest and mission whether to use the public or private network. If you have got your IP Block then start your configuration process of the virtual machine installed on your personal computer. Still, if you have not installed virtual machine, it can be obtained from the Public Network IP Manager. There are various configuration steps of Network Managers for different operating systems like Windows 2008 Server Core, Windows 2003 Standard and Enterprise, Window 2008 Standard, Data centre, Enterprise, Red hat, Fedora, Ubuntu, etc. One can find several links where such information is available.

TYPE-1, it is directly installed on the host computer hardware and controls the virtual machine manager directly. This is also called the bare-metal means a computer with no hardware or operating system. If you are using the Microsoft Hyper-V hypervisor, VMware Oracle VM Server for x86, KVM, or Citrix XenServer, then this is the first type of hypervisor you are working on.

We can say that hypervisor based duplication of data enables better backup of data. This method of hyper version is also cost effective as well and less complex than the other methods of data cloning of the current age.

Hence, one can see the virtualization plays an important role in one's life and everyone is supposed to know about them. The reason is, that more the methods and the important components one knows about, more he would be able to get it corrected at his own computer.