PCAP Bundle gives you unlimited access to "PCAP" files. However, this does not replace the need for a .vce exam simulator. To download VCE exam simulator click here 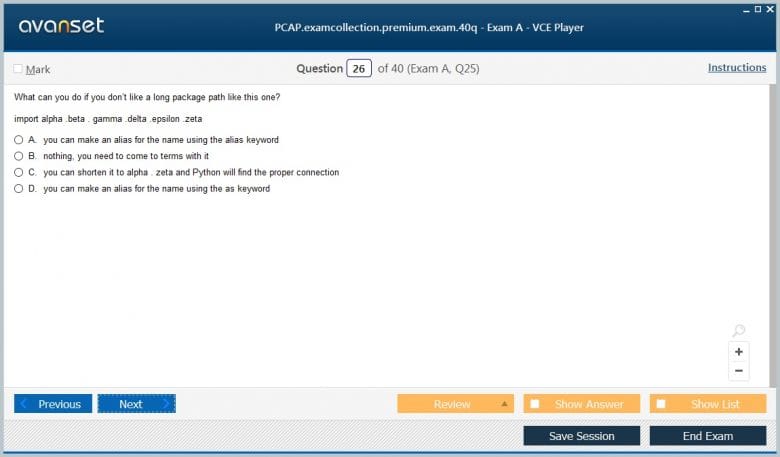 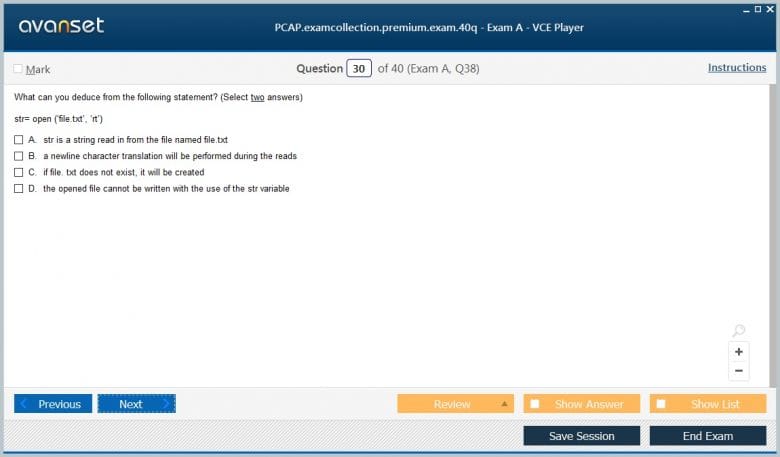 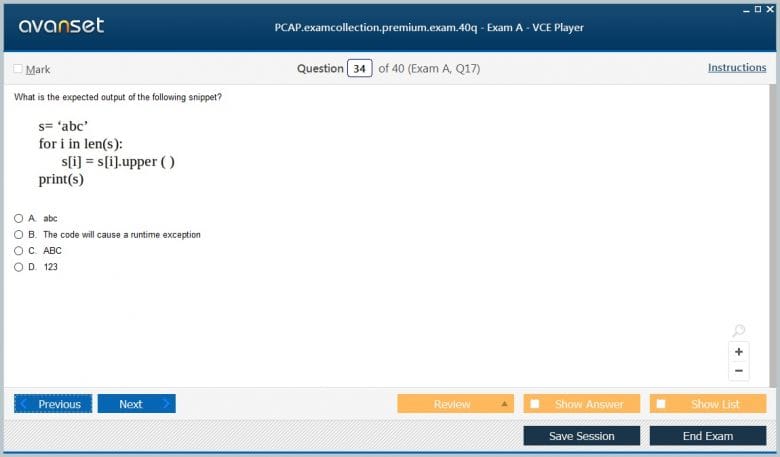 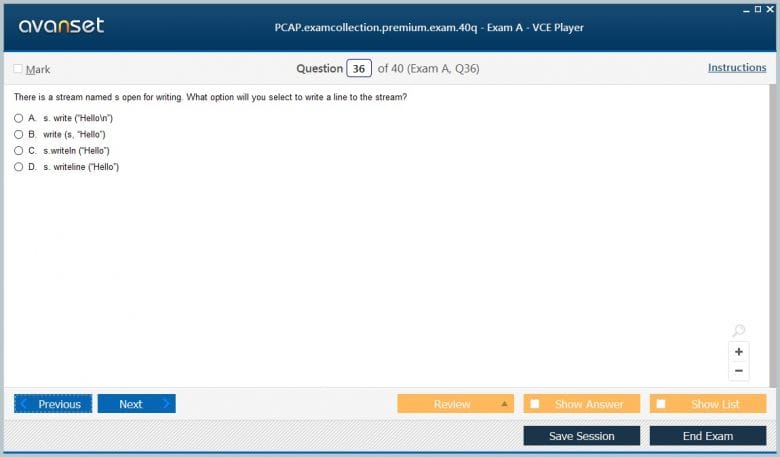 Now, in this video, I want to introduce you to the format method, and that's a really handy method that you're going to be using all the time when we're working with strings in Python. So let's say if I have the following string, I can say the sum of five plus ten is some value, okay? And I'd like to format this data with a given value. Rather than hard coding it in here and saying it's 15, I could just put these curly braces in here and enter a number. So if I use a zero and you're goingto see what are some of the numbers thatyou can use here and what they mean. But on this string data, I can invoke the format method; you see it right here. And the data that I passed to this method, the argument to this method, is going to be the value that I want replaced here. So if I, for example, put 50, which is obviously wrong math, five plus ten is not 50, but you'll see that 50 will make its way into this. So let's print the sentence. And now let's run it and notice it says the sum of five plus ten is 50. So you could pretty much pass anything here. I can pass in Nice Day and run this, and notice it says the sum of five plus ten is Nice Day. Now, you can take this further by passing in multiple values. So I could say that the sum of, well, let's surround, let's make all of these data that could be passed in from the format function. And I'll say that this is zero, as well as this is zero.So all of these are zeroes. And what that means is that the first piece of data that we pass into the format function, or method, is going to be copied over into each of these positions. So if I say ten, for example, let's hit run. Notice it says the sum of ten plus ten is ten. Obviously, it's clear to you that this is not doing any math. I'm passing in everything. Now, I can pass in multiple values in the format, and they will be copied over into their respective positions. So I could do zero, one, and two. And now it will take the first value from format and copy it into the zeroth position. And then the next argument is going to make its way into this position. And then the third argument is going to make its way into this position. So let's do that. Let's fill this out. Let's make it compute something that makes sense. So we could do ten plus ten. Well, no, we'll choose a different 110 plus 15 is 25. And so we expect ten to be copied over into this position, and 15 to be copied over into this position. and 25 to be copied over into this position. So let's run, and there we go. Notice this is the output. Now I can switch this around. I can move down here. Let me just reformat this and say it's like that. And so what this is going to do is take the first value and paste it in here. Then it's going to take the third value, not the second value, but the third value. That's the last one right here, and put it here. and then one is going to be this data. These are known as arguments in Python. And we're going to talk more about that when we get into methods and functions and how you can write your own functions. But just to be clear, we're passing in three points of data, which will be copied over in their respective positions. So in this case, if I want this to make any sense, I could say that, for example, five plus ten is equal to 15. and so this value is going to be copied in here. This value is going to be copied here, okay? because this is the next incremental value. And then this value is going to be copied here. Hopefully, that makes sense. So let's write, run, and there we go. We can see it's Five plus ten is 15. Now I'm assigning this data to the sentence variable. I don't even have to do that. I could just obviously see it like anything else—I could take the string and paste it in here, right into the print statement. It will do the same thing as it was doing before.

String objects are known as being immutable, meaning they cannot be modified. Its immutability means it cannot be changed. Mutability means it can be changed. So I'll give you an example of what it means to change a given string. Now, we talked about string slicing a couple of lectures ago, right, where if I want to, for example, get the first character, I could do My VAR and use the open and close square brackets and specify the index position of the character that I want. So, for example, the 0th index position will be the first character, and I can just print that, and I can extract the given data that I want. And that's all right here. But using the same logic, you might think that you can assign my VAR at the zeroth in exposition to some value. Let's say I wanted to start the string with one, so I would like to replace A with the value one. using this logic. We cannot do this. We don't even have to print it. As soon as the interpreter gets to this line, it's going to crash. It's going to give us an error, and it's going to say, "String object does not support item assignment." So we are trying to change this string object called myVar, and it's not going to let us do that. So essentially, we'd have to reassign the myVar variable with an entirely new string and say, "One, B-C-D-E-F-G like this," rather than modify that. Okay, so this might seem inconvenient to you, but there's actually great wisdom behind this concept that you're going to continue to learn about as we proceed in this course. So if you had to do this programmatically, rather than recreating all the characters of the string and changing the first one to one, if you wanted to do this programmatically, what you could do is use slicing. So we'll do My VAR, and we can capture everything from the first index position onwards. If I leave the second part of this after thecold and leave this empty, it will take from B to the end. So what I can do is capture all of these through this expression and then just add the plus sign, the number one, by using quotes and doing that. and I can assign it back to myVar. All right. And now myVar is going to contain one BCDEFG, and I can, of course, print it like that. If you run this notice right now, you'll notice it's one BCDEFG. So just keep this in mind. Strings are immutable. You cannot change them once they're created. You have to define a brand new string with ABC.

@brian, surely, the exam dumps for Python Institute PCAP exam are a great asset to pass the test! they complement the knowledge and skills you’ve gained from other study resources. besides, they will familiarize you with the structure of the exam as well as questions and their possible answers.

@brian, i can verify these practice questions and answers for Python Institute PCAP exam are useful. i used them during my revision and when the exam came, i finished it easily and got an excellent score!

i’ll be sitting for the exam in the next two days… will these Python Institute PCAP exam dumps pave my way towards success?

@linet_100, the vce files for Python Institute PCAP exam are helpful but you should not depend on them only. use every relevant training material offered in this platform as they will play a key role in your success in the test. hard work pays…therefore, study hard and you’ll pass the test

hi guys? i am new in this platform and i would like to know whether the Python Institute PCAP vce files can help me pass the exam?? for those who have already passed the exam, how did you prepare… give me some tips to ace the exam please….

examcollection is a trust-worthy website…it offers latest and valid exam materials always. i used these braindumps for Python Institute PCAP exam and passed in my first attempt! i recommend you guys to utilize the prep resources from this platform and you will score good grades!

i downloaded the Python Institute PCAP vce files to use them in my preparation for the cert exam. i studied and analyzed the questions for around a week, then sat for the exam and passed it. i couldn’t remember the answer for only one question and thus i finished the test quickly. 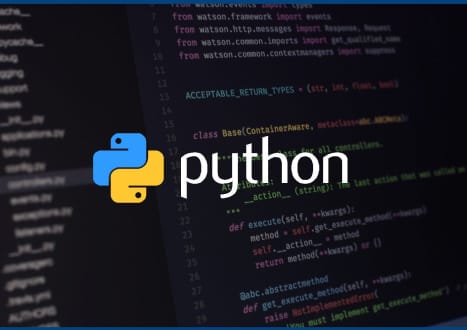