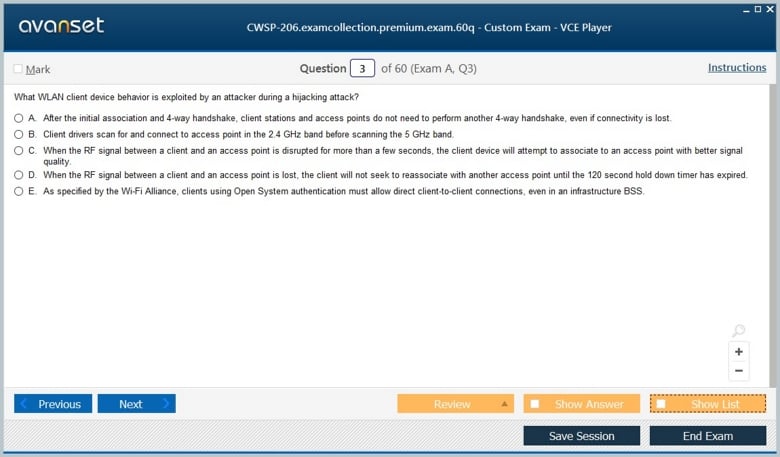 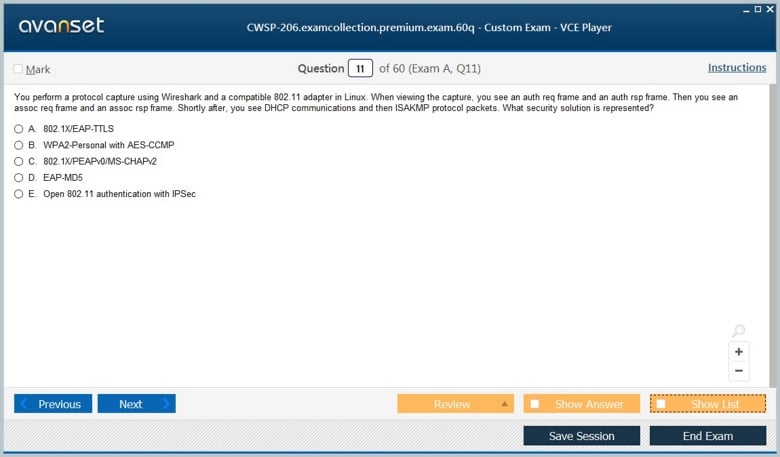 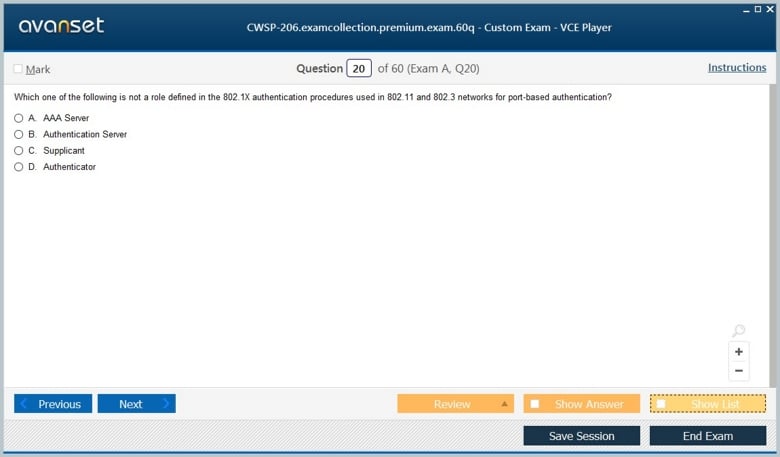 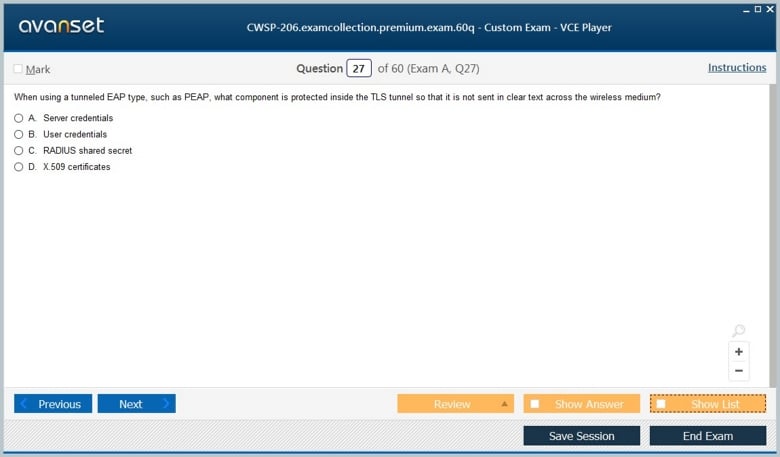 The acronym Triple A, as I've already said, stands for authentication, authorization, and accounting. Basically, authentication is proving who you are—your identity. Now, when we get into proving it, most of us are going to be used to using usernames and passwords, and we actually categorise that as something you know, because it's also the weakest. Because you know it, you can tell it to somebody else, and then they have your username and password. Authentication can also prove who you are through other methods, such as something you have, like a smartcard or some sort of token-generating device, so that if the person trying to impersonate you doesn't have that object, then they can't impersonate you. Authentication could also be something you are, which would be biometrics, like a fingerprint scan, palm scan, or iris scan. But either way, authentication is the process of taking what you present as your ID and being able to prove that you are who you say you are. Now, just because you are authenticated doesn't mean you get the keys to the kingdom. Authorization is your privilege, and we're going to get into that again when we talk about the segmentation. As an example, if you log in as a guest on my wireless network, your authorization might be that I only allow you to have access to the Internet and none of the other resources in my company. It's your privileges, what you're allowed to do, and then accounting. The last of the aces is keeping track of what you do through the monitoring of your access, whether it's just monitoring that you logged in and where you logged in, or if I want to keep track of all the places you've been visiting.

We'll take a quick look again at segmentation. I'll give you kind of an overview of what the VLANs do for us. But prior to our coming up with the 811 I standards, wireless networks were considered untrusted and wired networks were considered trusted. Alright? Anybody who's been in the security realm knows that many wired network security systems were defeated as well. There is nothing called perfect security. If I could find perfect security, I'd probably be as rich as all these other billionaires and be able to sell that. But one of the things we want to do is take advantage of the wired network's security. And one of the things the wired network does, like I said, is allow the creation of VLANs. And so, let me kind of break down what I mean by that. If I look at a single switch—and I'll make this as simple as possible here and with this switch—it appears to be a low-cost switch. I made six ports. I can group these ports into VLANs. I might group these ports into VLAN 10. And VLANs are numerical numbers that Aswitch uses just to segment the traffic. Now again, I'm talking about wired networks. So the goal was that any traffic that came into VLAN 10 could only exit another port that is in the same VLAN, VLAN 10. The switch would not allow it to cross-connect over to VLAN 20. The only way to do that is to go through another device, usually a router or a layer-3 device that allows you to bridge over those VLANs. But remember, so this was access; I just talked about these layers; that's the access layer; this is the distribution layer. And remember what I said about distribution. That's where the wired folks are going to start implementing security. Although they'll argue with me that there are a lot of security options at the access layer—and that's true—there are access control lists for the LAN and everything else. But let's go back to what we want to do. We want to control resource access from wireless land. So what we typically see is, let's say, here's my access point, which obviously is connected to the wired network through the switch, and I connect and I go make my wireless association. We go through AAA to prove who I am and see what I'm allowed to do. And, by the way, this access point is kind of agnostic on VLANs. It doesn't care what the VLANs are on the switch. But in many of our solutions, what we're going to see is that when you make the connection, the access point is going to actually go to a centralised wireless LAN controller. Now, this doesn't happen 100% of the time, but it does most of the time. And what's going to happen is that communication—the access point is going to say, "Hey, this person just tried to connect to me." What can you tell me about their authorization, and the wireless LAN controller can say, "Oh?" They get to be in VLAN 20 because VLAN 20 is the one we use to connect to the internet, and VLAN 10 is the one we use to connect to the local area network, and so that's one of the methods where we can use the VLAN like a guest VLAN that I just described, and as I said, it's most often issued by the wireless lane controller, and that creates the segmentation because At that point, once I know what VLAN you're on, the switch says "Oh." You're in VLAN 20. You can only leave the ports that are in VLAN 20. Another, of course, option for segmentation is the creation of VPNs, and we'll talk more about the virtual private networks and how those can also require some sort of authentication as well as authorization but can also protect us because we may create a VPN to a specific destination.

Alright, again, as I was talking about monitoring, wireless lances should be actively monitored. Now one of the big things, of course, is performance. Is it doing well? Because if it's not and it's working poorly, we're certainly going to hear about it. But there was also the concept of intrusion: the implementation of an unknown guest, an unknown machine, and an unknown access point. And one of the best ways that we can monitor without having to go and touch every single one of these access points and look at their logs is to use a wireless LAN controller. Because they can not only look for intrusion but also help you with performance. They can tell you whether or not you're being stepped on by another radio frequency. I mean, there are only so many channels that we have, and whether or not there's any detection of it, or at least on the high end, they can work with the access points and tell you about interference, which might be another type of intrusion. Somebody tried to block your signals. Also, we can have our logs sent to remote devices. One of the more useful ones in a large corporation is called a SIM. An SIEM recognises that it appears to be CM or something. But we call them SIMs, and what they do is give you analysis information so they can take logs, not just from access points. Wirelessly controllers. but from switches. From servers. from routers, and they can actually correlate that and show you signs of attacks or signs of danger where normally we would have to consolidate that information. Pour over it, and by the time we get everything figured out, it's probably too late. The minimum you can do is at least have a syslog server where all your logs from all these different devices can again go to a single server where it's easier to analyse and look at the bigger picture.

Like I said, when it comes to policies, many countries have regulations about wireless land security. As an example, with NIST, the National Institute of Standards and Technologies, they've created what we call the Phipps certification or the Federal Information Processing Standards. Right now, we're looking at things like PHYS-ONE, which defines security requirements for cryptography modules. And it is a big deal, by the way, if you're one of the vendors, if you're Cisco or Aruba or any other company I haven't mentioned that's working on an enterprise scale. And you want to be able to sell it to the military or to the government, and they're going to ask you if you're in Phipps compliance. So it's important to understand what the regulations are. And remember that I call them minimum standards. You can always be more secure. But as I said, you might also have corporate policies where we train employees about not giving out their passwords or make sure employees understand the hazards of any network communications, making them more aware of the security issues. And if they see something, maybe there is a policy that says that we have an IRT or an incident response team that you need to be able to connect to and report those security violations as soon as you see them. And we could probably go on and on about corporate policy because there's a lot to that subject, like acceptable use and everything else.

All right, so from 1997 to 2004, there were many standards of security that were being developed during that time. The standard was what we called WEP, or the wired equivalency protocol. It was technically either a 64- or 128-bit encryption method, and it had a lot of weaknesses. When we get into our chapter and talk about the historical types of encryption, we're going to basically make sure you understand why it was weak and how it was being attacked. So, like I said, this is just an example of how we were trying to do security. Some of these things, again, left a kind of bad taste in people's mouths when they found out that we could be cracked in five to ten minutes' time by somebody just monitoring your network. So, like I said, we're going to talk more about the history and about some of these older protocols to help us understand where we were and where we're trying to go. 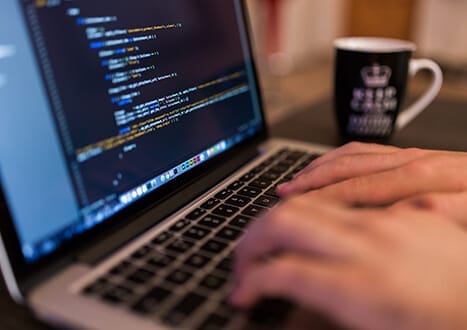 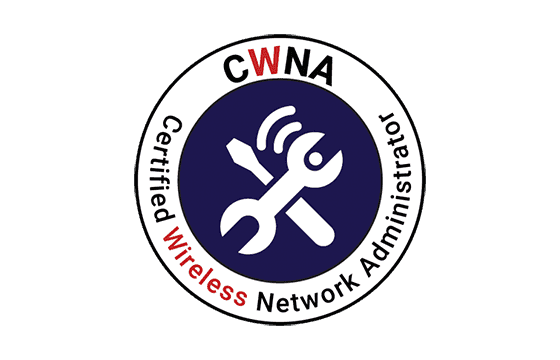